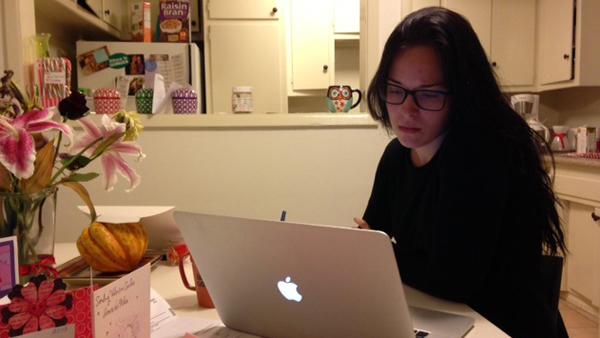 Anna Ruth Rosenblatt ’12 is seeking to explore the first three years following an Ithaca College student’s graduation and see how their emotions and outlooks on life change as they transition from a student into adulthood.

Rosenblatt was a documentary film major with a minor in history. She was a volunteer at Hospicare; a member of Intercambios, a club that teaches Spanish as a second language; and was on the varsity crew team for three years. After graduation, Rosenblatt moved to Los Angeles, where she said she hoped to find a job. However, since graduation, she hasn’t settled on one.

Assistant News Editor Sabrina Knight spoke with Rosenblatt about the documentary she plans to begin this spring and continue for the next three years.

Sabrina Knight: Can you give us a brief overview of the documentary you plan on making?

Anna Ruth Rosenblatt: The idea for the documentary came from being out here in LA and really trying to figure out what I wanted to do and what I was doing out here and why I moved to LA and feeling kind of lost. I picked up a book from the bookshelf and laughed at it until I realized I needed to read it, called “What Should I Do with My Life.” It was a collection of stories of people who have answered that question for themselves. What I realized was, in those stories, everyone that was talked about was older. They were at least 30 years old, and I couldn’t relate to them. I tried to figure out, how might this be a compelling documentary for me to make.

SK: Where did you get the motivation for the documentary?

AR: I think the motivation came, as I said, I read the book and I couldn’t relate. I realized that even though I felt completely overwhelmed with life, I was really not alone, because anytime I brought that up with my fellow Ithaca College alumni that are out here in LA, I realized we are feeling the same way. We were all kind of doubting ourselves but not sure of ourselves in finding a job. There are a ton of people who are struggling with all of these issues that no one is talking about and no one really targeting … It’s between being a kid and being a student, where your life is planned, to being an adult and trying to figure it out.

SK: What is the process for making the documentary?

AR: I came up with the idea then I actually called [Changhee Chun, associate professor of cinema, photography and media arts], who was my film thesis professor at Ithaca. So I said, “Chang, do you think I have a real idea? Do you think I can do this?” He was like, “I definitely think you have a good idea, and I think people would watch it, you just need to have a following.” So I was like, what do I have to do next? So that’s when I wrote and submitted a proposal to a bunch of people, and I got some initial funding that will pretty much fund me coming to Ithaca and shooting for a week, shooting interviews with the participants that I choose and shooting the graduation itself.

SK: What do you hope to learn about yourself seeing as you’ll be in your first three years after your graduation during the project?

AR: As far as what I’m going to learn about myself, I have no idea where I’ll live in six months, I have no idea what job I’ll have, I don’t know any of these things. However, in three years time I hope I’ll have some of that figured out. I would assume that by the time this project is done, I will have lived somewhere for maybe a year or two and have a job that I will have had for longer than just a couple of months and really feel settled into my adult life in three years. And that is a very different stage I’ll be in my life than I am now, post-grad.

To apply to be in the documentary, fill out the questionnaire on Rosenblatt’s blog next3years.wordpress.com