Ithacappella alumnus gets past the ‘American Idol’ judges 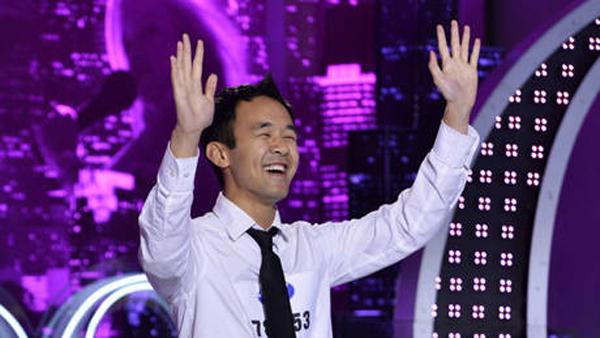 Nate Tao ’10 has transitioned from Ithacappella to an “American Idol” contestant and will soon release an EP. Tao auditioned for “American Idol’s” 12th season in July in Oklahoma City, Okla., and landed a golden ticket to Hollywood. Though Tao did not make it past “Idol’s” Hollywood Week, he still plans for a career in music.

Senior Writer Qina Liu caught up with Tao about his experience on “Idol” singing in front of the judges and his upcoming EP.

Qina Liu: Why did you audition for “American Idol?”

Nate Tao: I tried out for a couple other shows in the past like “The Voice” and “X Factor,” and I got kind of moderately far but never as far as I did in “Idol” this year, so I was kind of thinking, especially because you don’t see a lot of Asians on pop shows like that … maybe they’re not really looking for me. But when I saw they were doing auditions in [Los Angeles] last year, I was apprehensive and wasn’t sure if I wanted to do them, so I just shrugged it off and skipped them. And then randomly in this performance I was doing in the Midwest, this old, old gentleman comes up to me after the show and he was very serious and said, “You have a gift from God, and you should never stop singing,” and then he walked away … Maybe I just needed someone to say it to me, but I was kind of like, ‘You know what, let’s just take every opportunity I can get.’

QL: What was going through your mind after you sang Stevie Wonder’s “For Once in My Life” to “Idol” judges Mariah Carey, Nicki Minaj, Randy Jackson and Keith Urban?

NT: I was wearing this tie and dress shirt, so I guess I looked like the business-y type or something, but Randy was like, “You’re very unassuming,” which I get a lot, and he was like, “Yeah, I thought you were going to do my taxes,” and I was like, ‘Wait, is that because I’m wearing this, or because I’m Asian?’ I didn’t say that, but that’s what was running through my head.

QL: Your dad came with you to your audition. What was his response?

NT: It’s funny because usually when you have your family out there, there’s Ryan [Seacrest] and they’re talking before you come out of the judges’ room, but because my dad’s deaf, they were apparently just standing there until I came out. They were trying to communicate with each other. But my dad was really happy, and I’m glad we could share that.

QL: Who are your musical influences?

QL: What was it like meeting Mariah Carey? She’s one of your heroes, right?

NT: Mariah spoke first after I sang, and when she started talking, I think I blacked out. It was a very, “Is this real life?” kind of moment, and I actually forgot what she said because she was the first one to speak, until I saw her on TV, which is pretty cool to forever have a video of Mariah Carey telling you she really liked how you sang a song.

QL: What’s next for Nate Tao? Will we see you on “Idol” again?

NT: I’ve been thinking that I might try out for another show again. Maybe “American Idol” next year, who knows? We’ll see. Last month I went to Singapore to make an album.

QL: What should we know about your new EP, “Nate Tao?”

NT: It’s really my first attempt at making a record. And “Sooner” is the first song on my album. It’s kind of a weird mix, but you can think of [it as] Adele mixed with Bruno Mars mixed with Maroon 5.

NT: We’re going to release it next month, mid to late March, but we actually already released the first song [“Sooner”], and you can get it for free on our website www.natetao.com.