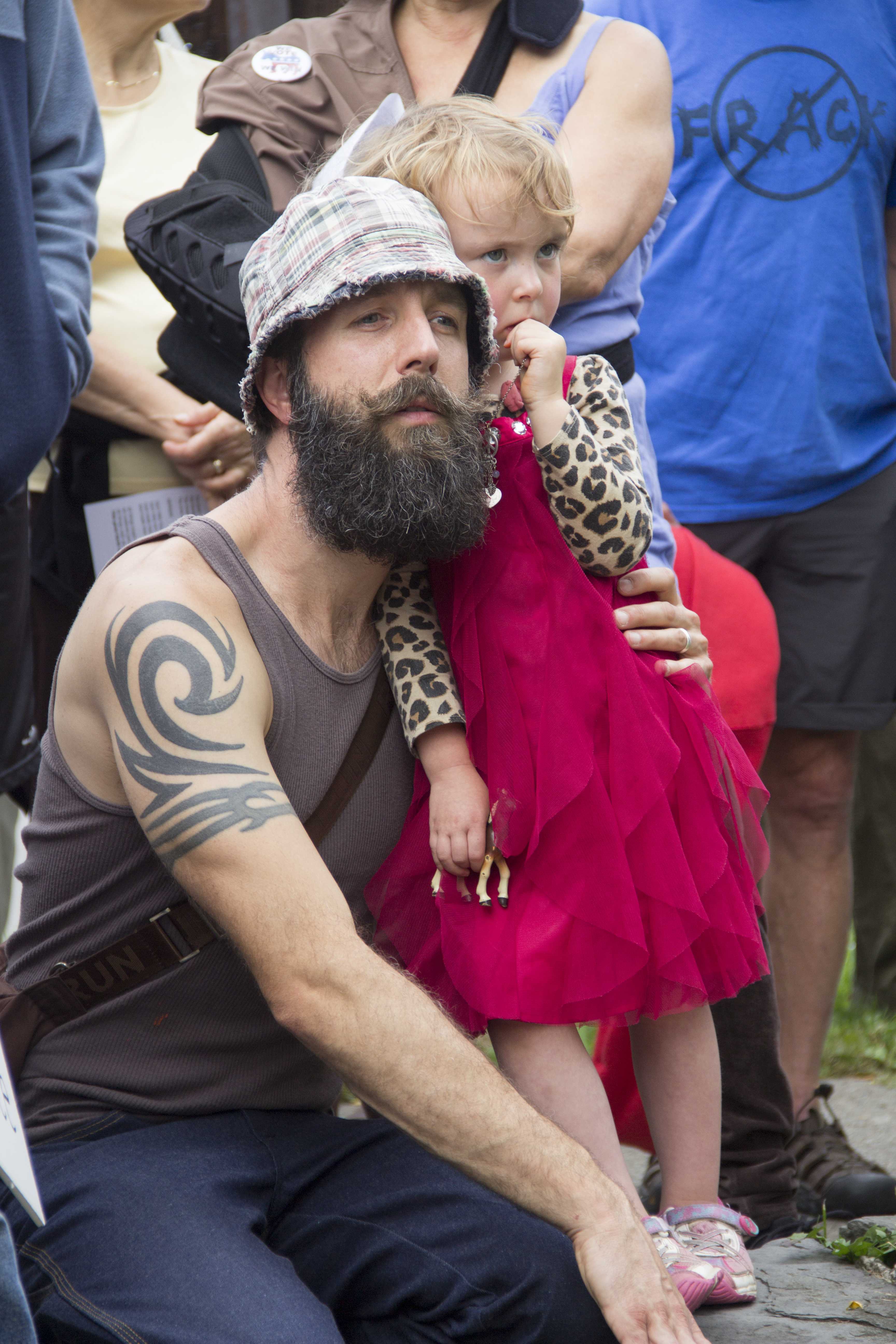 The People’s Climate March was organized to demand that world leaders take further measures to combat climate change and environmental issues. While the main march was held in New York City with over 310,000 people supporting the cause, people from all over the nation participated in climate-based marches in their own cities such as the one that occurred Sunday, September 21 in Ithaca. I thought this photo was especially powerful because it shows the relationship between father and daughter and emphasizes the message that the environment must be protected to ensure the safety of younger generations.