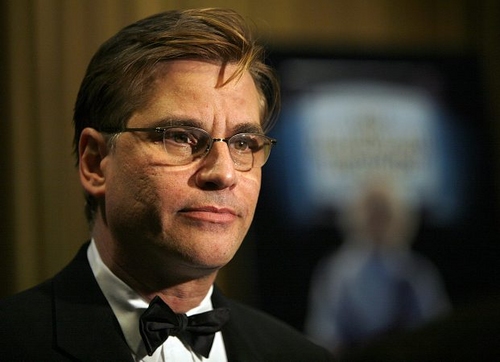 Acclaimed “Social Network” screenplay writer Aaron Sorkin is set to guest star in an upcoming episode of “30 Rock” in March or April, sources confirm. Sorkin has already garnered heavy praise for his Academy Award-nominated script, so seeing him on “30 Rock” will be a nice little treat. I got to speak to Sorkin on the red carpet of the British Academy of Film and Television Arts and he didn’t hint toward what he’ll be doing on the show, but celeb cameos are always fun whenever Alec Baldwin and Tina Fey get to play around with them.

My vote is that Sorkin also contributes some writing to an episode, but maybe that’s just wishful thinking.