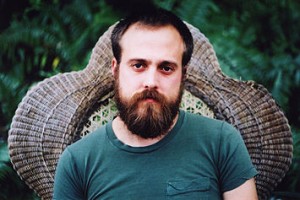 In the endless debate of “Harry Potter” vs. “Twilight,” I’m Team Cedric Diggory. I only like one thing about the “Twilight” series, and that’s the music they use in the movies. I’ve seen two of the movies simply to see how the music is used. I love listening to music so I can imagine how it would be paired with images.

When I did see the films, I found the coupling of these emotive and beautiful songs with the imagery disappointing. For instance, one of my favorite bands, Editors, composed this moving ballad called “No Sound But the Wind.” I was sure that it would be worked into a deeply emotional point in the story. It wasn’t. It was played while the characters were driving in a truck and it was only the piano part for about seven seconds.

Now, with the first part of the final installment about to hit theaters, the music masters behind the series have gone back to work with Iron & Wine, an artist they featured on the first movie’s soundtrack. The song they used was “Flightless Bird, American Mouth,” a track that uses hushed vocals and waltz-y instrumentals.

Iron & Wine returns in the new movie with a reprise of “Flightless Bird, American Mouth” that uses tearjerker strings and piano lines. Try to compose yourself after listening to this.