Browsing the Internet is a lot like driving home late at night. You’re in familiar territory, you feel comfortable. Then, somehow— your brain idling, the lack of light tripping you up, singing too loudly along to “Superbass,”— you make a wrong turn. And another. And you don’t realize how completely lost you are until you wind up on a website called “Ron Paul’s Funeral City.” 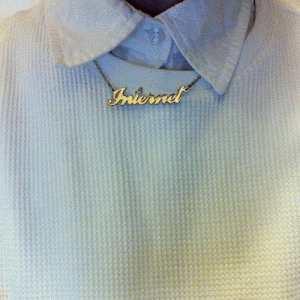 Did I mix metaphors there? My apologies, dear reader, but that was my experience the other night. One moment I’m goofing around on Twitter, and before I know it, bam. Libertarians and mass suicides.

This is the reason I started this blog.

It takes just a cursory scroll through the RPFC tumblr to realize it’s completely bonkers. But not bonkers in a Wesboro Baptist Church kind of “oh, these morons actually believe the garbage coming out of their mouths” kind of way. Bonkers in a way that makes me suspect the sort of person who creates diptychs of supermodels and military equipment and writes using meticulous, purposefully-admitted punctuation is also probably pretty intelligent. But also running  a blog that calls for “350,000,000 dead” a couple of times per page. So, you know. Bonkers.

I shot the mystery admin of Ron Paul’s Funeral City a message, not really expecting a response. But lo! Just minutes later, contact was made. I’ve attempted to organize the interview in a way that is somewhat palatable to the average human person who is neither an oracle nor a high priest(ess). Please note, I said “attempted.” You’ve been warned.

RPFC: Ron Paul leads an ideology that calls for a retrieval of the past. The only way to bring the past and its people back is an immense sacrifice, 350,000,000. Ron Paul’s followers are willing and grateful to be sacrificed, not only because they love him and believe in him, but because they know, that like the sun and wind god Nergal in the Sumerian religion, who entered the underworld and seduced Ereshkigal, he will enter the underworld and bring all of his loyal followers back to life, eternally.

SK: What specifically about Ron Paul calls for a return to the past, especially such a distant past?

RPFC: Ron Paul’s visions and consultations with ancestors have given him a clarity of vision, if he looks to the east, he sees what came before, if he looks west, he sees what is to come.  This is why he calls for an end to the folly of central government administration, and a return to the resilient and willful independence of each Sumerian City-State, and those states from so far in the human past that we have no names for them.  Ron Paul sees their flourishing and sees their fall.

SK: What, exactly, is a funeral city?

RPFC: A funeral city is a complex built to house those who will be sacrificed, the master of sacrifices and his household, and the priests who lead the individual purification rituals before the mass sacrifice.  Ron Paul’s Funeral City is being built by Rand Paul, who fills the role of Enkimdu, the god of canals and ditches. Rand, who was given the name of an illustrious “chief spirit figure” in a Cahokian Death Cult ceremony- a copper maskette hiding his face until he was completely transformed into a vessel for the spirit of their patron’s own deity.

The funerary complex also holds all of the other facilities necessary for burial in preparation for mass resurrection, and provides a locus for the return of millions from the underworld after Ron Paul enters and begins his Seduction. This will take place on an altar that takes the place of a 4000 hectare forest that was ceremonially crushed with massive custom built machines, then was burnt, and the complex built on top, with no grading.

SK: When will this sacrifice happen? Does RP have 350 million followers ready to be sacrificed, or will there be some unwilling?

RPFC: The sacrifice can only happen when a cosmological period known as a 50 day Venusian cycle begins, while coinciding with a set of earthly signs that he alone knows. When it happens, there will be signals, and the years of preparation for his Funeral City will be culminated in front of an aching and adoring world.

Does Ron Paul have 350,000,000 followers, will they all answer his call to die?  Does the moon rise from the underworld each night, does the sun rise on the breath of God? Are there 350,000,000 people who don’t want eternal life in a remade world?

SK: Alright, thank you. Finally, a question you are very much allowed to ignore if you so choose, but what’s your name and profession?

RPFC: My name is Poldo Destoufier-Whep, I work in commodities at an investment bank.  Thank you for your wonder about Ron Paul’s Funeral City, 350,000,000 dead.