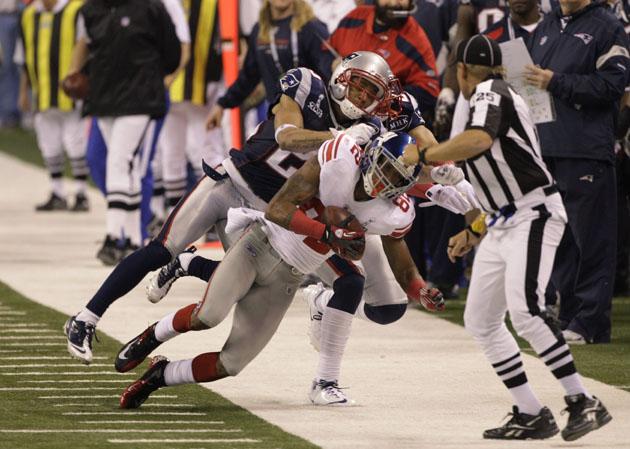 Obviously the sports world today is serving up heaping portions of Super Bowl today. I’m an All-County Monday Morning Quarterback, but I’m not going to waste your time dropping football analysis on you when you can flip on Lifetime and they’ll most likely be ripping apart Wes Welker (by the way — tough catch. Catchable but harder than you’d think. If Tommy boy puts that one on the mark, who knows).

I want to point out an aspect of the Super Bowl that isn’t in the headlines. John Parry, Carl Paganelli, Tom Stabile, Gary Arthur, Gary Cavaletto, Tony Steratore and Larid Hayes deserve free drinks for a week. These were the guys tasked with officiating Super Bowl XLVI. And they aced it.

“Wow, those officials were really good,” said Nobody, ever.

But, really, those guys performed when the lights were on. Didn’t get power hungry and toot their whistles for the sake of the Super Bowl. Sterling Moore (that kid has been making all the plays and he’s only a year and half older than me, odd) broke up a pass intended for (I believe) Manningham and there was no call. It was close, but though Peter King tweeted he thought it should have been pass interference, I loved the call. Guy made a heck of a play to swat the ball from behind — if he ran into Manningham a fraction too early, so be it.

The 4th quarter Manningham catch was a bang-bang play and the Patriots didn’t even need to challenge (they did anyway, I don’t blame them) because the referee was in the perfect spot to make the call. And it was in front of the New England bench — you better believe the Patriots were calling him names that would make grandma blush.

When Patrick Chung decleated Hakeem Nicks legally it was another nice no call. Somewhere Butkus was smiling.

These guys are the real game managers and it’s unfortunate this won’t be published in Sports Illustrated or somewhere where that team of referees will earn their due. Maybe that’s how they want it.