We all know about the crazy success Superhero movies have had over the better part of this decade, but the box office isn’t the only option to get your superhero fix this fall. Cable Television has decided to give three new superhero based shows their spot on primetime. Below are a brief description of each series and where you can see your fair share of justice. 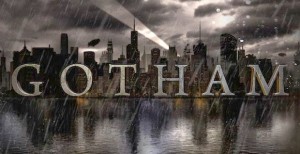 Gotham has been one of the most anticipated shows of the fall premieres. Gotham is an hour long drama, delving into the story before batman. The crime centered drama centers around James Gordon and the Wayne family murder.

Gotham had an interesting introduction to cable TV by revealing a 22 minute trailer weeks before the show airs. This idea created a rather large amount of buzz, and really gave the viewer an idea of what kind of show it will form. Gotham has a very grim and dark feel like the city has numerously been displayed. Even with the show based around future commissioner James Gordon, the show goes into the many infamous villains backstory’s from the Batman comics, as well as a very eery kid version of Bruce Wayne. 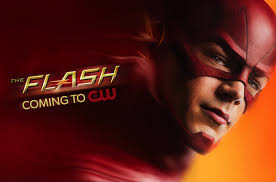 CW has attempted to grow on its first successful superhero show Arrow, by adding a related superhero known as The Flash. This won’t be the first ever appearance for The Flash on TV however. The Flash was actually introduced to the CW network through an episode of Arrow. While a pilot was written for the show, the CW decided to try and package the two shows together as a “power hour” of superhero viewing.

One thing The Flash decided to do early was bring on comic book writer Geoff Johns. Geoff has worked closely with Arrow producers to make the show as accurate as possible. But if you weren’t convinced yet that Arrow and The Flash are similar enough, David Nutter will be directing the first episode of The Flash, who directed the first episode of Arrow as well. 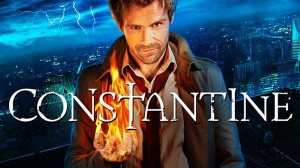 Let me be upfront with this from the beginning. NBC is in desperate need of viewers this fall. With Parks and Recreation on its way out, and a large hole still unfilled from 30 Rock & The Office, NBC really needs to find something to rebuild off of. Sadly I don’t think Constantine will be the answer.

While superheros are very popular now, Constantine aka Hellblazer is not a very popular hero and probably won’t relate to viewers the same way other shows have. The show has a later premiere date of October 24th, which could be beneficial, as other new shows may have lost their luster by then. Even though Hellblazer is the longest running comic DC has to offer, the show runner David Goyer has promised to keep the show old school and stick to it’s roots.

While the success of superhero content is uncanny in the box office, I feel that superhero TV shows have not stuck with the audience the same why, but why? It could be something to do with the format of television. One thing that you know you will see in a superhero movie is some sort of victory by the protagonist. Every superhero movie involved a villain, and a legendary battle. TV however, can’t offer that type of plot arch due to it’s segmented format.

I think that all three of these shows will not drive the audience Fox, CW, and NBC are hoping for, but I do think Gotham is your best bet for a hit. Gotham doesn’t necessarily adopt the superhero like world but rather turns a superhero story into a realistic prequel, giving them a chance at finding a large audience.