It’s a wintry afternoon, and the inside of The Potter’s Room, located on The Commons, is quiet. The space is thin and lengthy, lined with shelves, all of which are decorated with tiny bits of ceramic art — faces, animals, dinosaurs and tiny pots, to name a few. Lining both edges of the room, each of the eight wheels in which clay would be molded and shaped are still. All except one, which owner Tomas Black is hunched over. This one spins quietly, slick with clay and water, whirring just under the potter’s clay-caked hands.

“A lot of the last seven months have looked like this,” Black said, acknowledging the empty space. “I can keep busy all day, I’m really good at it. I can keep cleaning. But it gets to a point where I’m just like, ‘I want to make some art.’”

The Potter’s Room is Black’s creative brain-child — a community studio that offers creative space, classes and one-on-one sessions to the Ithaca community. It’s an endeavor that traveled with Black down from the Berkshires in Massachusetts, where the artist had already set up his own ceramics studio near his home. However, when the quiet wilderness of the area wasn’t cutting it, Black decided to grow this business venture. He picked up shop, spying Ithaca as the next best place. In this respect, his trek to Ithaca was one of ambition: the heart of downtown, Black said, held promise.

“That was my logic: If I’m going to be this new wave, modern-artist guy that has the ability to make beautiful art independently, but also teach people how to do it, I need to root myself in the center,” Black said. “I need to put myself in the middle of the community, so I’m not excluding any part of the community. And that’s how I got to The Commons.”

However, when Black talks about his shop’s ghostly status, he’s frank in his explanation: Construction has arrived to The Commons, and Black, like many other small businesses around him, has suffered the consequences.

The development in question is a wide-scale overhaul of downtown Ithaca’s Commons area, which began April of 2013. First given an end date of July 31, 2014, the construction has faced several delays, and the project still remains unfinished, running over its deadline by nearly six months and leaving large portions of the area unpaved and fenced off to civilian traffic. The end of the building period is now set to Spring 2015. Black said he truly began noticing change in his own business, which opened in October of 2013, in the early spring months of 2014.

“Our first couple of months [of opening] were slammed,” Black said. “I was doing two classes every day, four or five days of the week, almost full classes each one of them … and then, come springtime 2014, it all flipped backwards.” 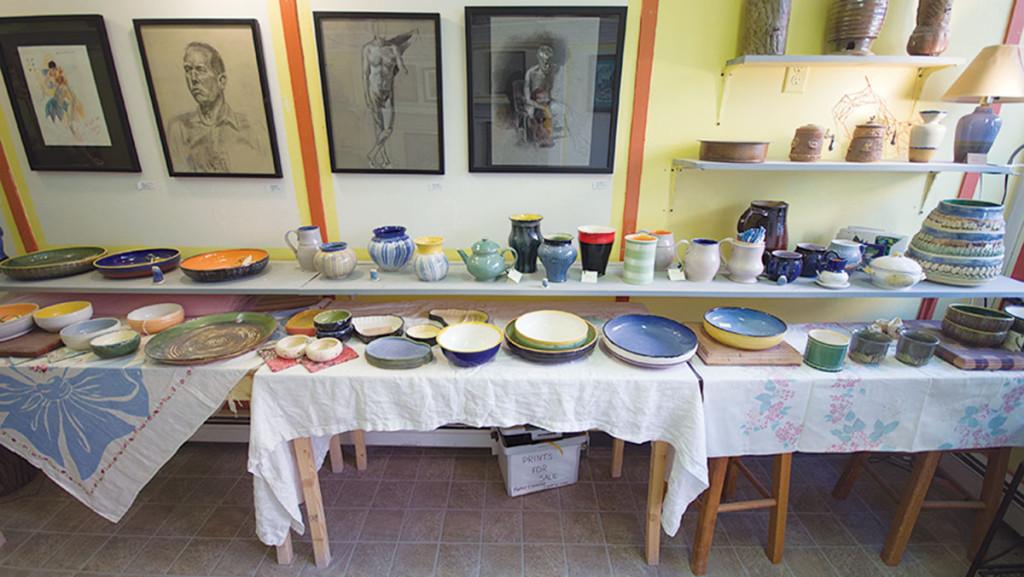 The Potter’s Room features a small gallery and showcase for customers to peruse. Black has cut the prices of his merchandise as a result of waning traffic. TOMMY BATTISTELLI/THE ITHACAN

Now, classes are fewer and farther between, and the pottery he sells from his storefront has plummeted in price as incentive for passing buyers. Bankruptcy is a word he uses casually, recalling the almost $15,000 he has borrowed from family members just to keep the business above water. He said that despite the enthusiasm he receives from customers, the location lacks the charm of the pre-construction Commons, and consequently, the incentive to travel there.

For Black’s customers and students, the notion of The Potter’s Room closing is one that immediately evokes sadness. Panda Musgrove, who Black credits as his first patron, has frequented the shop with her 10-year-old son, Ethan, since its opening. Musgrove, an artist herself, said the loss of an establishment like Black’s would be a loss to The Commons’ community.

“For us … The Potter’s Room has been a place where we have been doing creative work and where we’ve been meeting other people who live and work in the school and in the community,” Musgrove said. “I could buy a little kiln, and do the same sorts of things in my own home, but it isn’t the same to do it by yourself, it really isn’t the same thing. It’s much different to do it in a community with other people.”

These sorts of struggles are not exclusive to Black’s studio — it’s also the plight of other small businesses in Ithaca’s business community. Jerry Martins, owner of Now You’re Cooking, a kitchen appliance store located just across from The Potter’s Room, said the construction has had major effects on his and surrounding establishments.

“There’s just so many fewer people downtown,” Martins said. “When you have fewer people, fewer customers, that translates to fewer dollars.”

Martins said for a small business owner, these changes in traffic have significant financial impact.

“Small business people, we make a living, we don’t make a fortune,” he said. “So when your business gets cut by a major, major percentage, you feel it.” 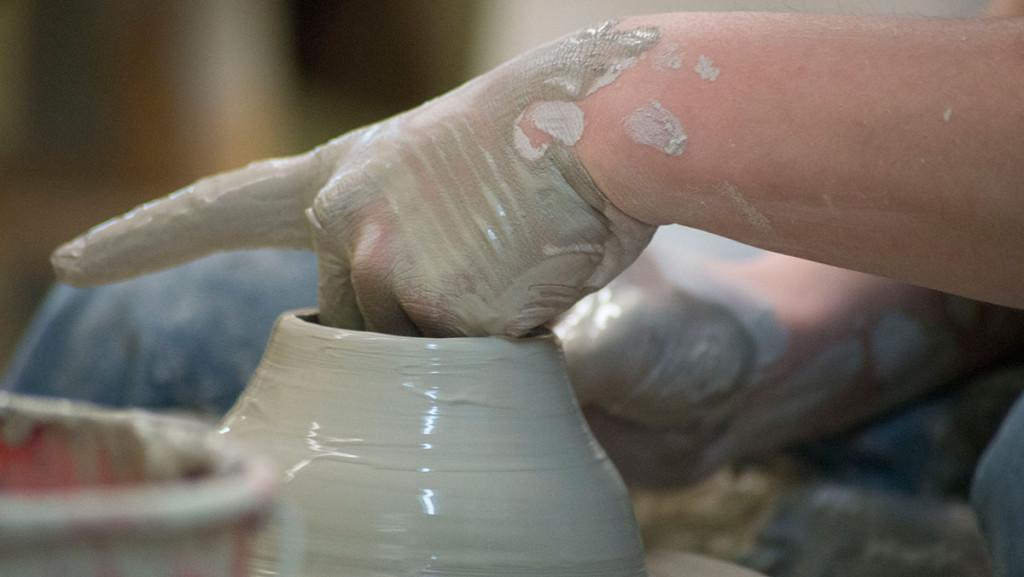 Even with waning attendance and fees, it seems the small business community of Ithaca isn’t losing all hope. Mike Driscoll is the resident adviser for Ithaca’s Small Business Development Center and is involved with starting up new businesses and sustaining Ithaca’s small business community. He said the city is as passionate about independent business as ever.

“I can tell you that I haven’t seen any dip in the enthusiasm or the desire for new businesses to start up,” he said.

Driscoll said what is most important for the small businesses enduring The Commons’ construction is to keep doing what they have been doing: enduring and looking toward the future.

Meanwhile, progress is slow, but not nonexistent: fencing has been moved to offer up more walkways, to allow easier travel across The Commons and the development process is set to continue, weather permitting. Meanwhile, Black, to the best of his ability, will hold on, as Driscoll advises. Black said despite the economic struggle, he is sure of The Potter’s Room’s potential — all he needs is people to bring it to fruition.

“It’s here, we know the magic’s here,” Black said. “We’ve opened the magic potion, you know? Now, we just want people to come down and do their thing.”