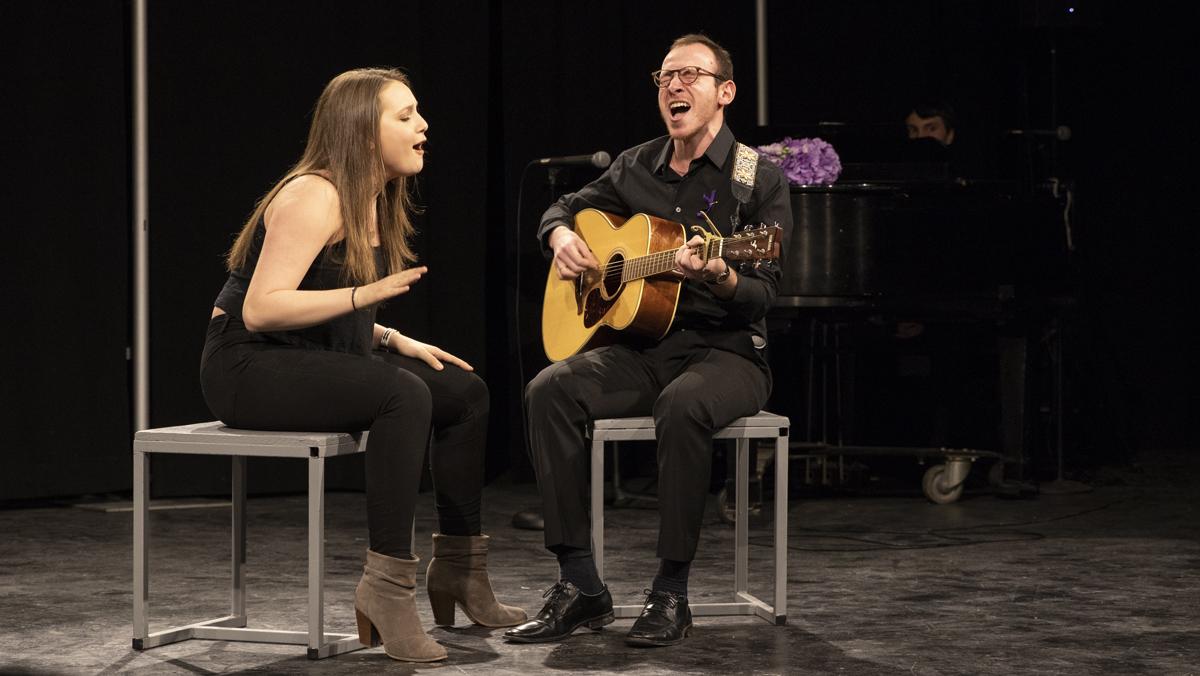 On Feb. 2, Wheels for Women performed in Clark Theatre for its 8th Annual Benefit Cabaret.

Kathleen Mulligan, associate professor in the Department of Theatre Arts, founded the Wheels for Women charity in 2010 after she traveled to Kerala, India, to work on a project called “Finding Women’s Voices.” Its purpose is to provide shelter for Kerala-based women who are victims of domestic violence and the Kerala sex trade, and to provide the training necessary to become licensed drivers of auto rickshaws, which are three-wheeled taxis. Wheels for Women teaches survivors of abuse and trafficking how to acquire the skills necessary for financial independence.

This year, Wheels for Women is working toward purchasing land to construct a Peace Village. Instead of having to rent housing and risk getting removed from their residences, women will have the option to move into this new village. The Cultural Academy for Peace is the organization working to establish permanent places of residence such as these for displaced women. The money raised from each cabaret was used to buy auto rickshaws and provide the necessary training to use them in the Sahki Shelter, a center for victims of domestic violence that works with the South Asian community.

Upon the opening of the Clark Theatre doors, event-goers filled the seats in minutes. Some were forced to sit cross-legged on the floor, even after chairs were brought out to accommodate the unexpectedly large audience. Among the audience members was Ithaca College President Shirley M. Collado, who was later recognized as the first-ever  president to come to a Wheels for Women cabaret.

Approximately 200 people surrounded the main stage. Mulligan walked onto the stage, expressed her gratitude for the support she has received and unveiled the organization’s plans for the future.

“Beena Sebastian, who is the director of the shelter, would like to purchase a piece of land — she has a place in mind — and build a Peace Village that would have little cottages for women that are residents there and their children,” Mulligan said. “There would be job training there, including rickshaw driving, but it would be a place that couldn’t be taken away. We’ve decided to try to help her do that, so we started a program called 50 States, 50 Cabarets.”

The 8th Annual Wheels for Women Benefit Cabaret was dedicated to Alison Van Dyke, retired senior lecturer at Cornell University and friend of Mulligan, who died in October 2018. She was a major contributor to the foundation and attended every cabaret since its creation.

Once the performances began, senior theater arts students sang “One Voice,” by country singer Billy Gillman. The same performance also featured a short memoir written by Bindhu, the first woman trained in auto rickshaw driving at the Sakhi Shelter, in which she shared her personal experience.

The opening was followed by a wide array of performances, ranging from comedic skits to heartfelt songs. Many focused on female empowerment, friendship and the acceptance of homosexuality in the theater community.

“Her voice is like the unsung hero of Dillingham,” Matten said.

One performance in the first half of the show featured an original song written and sung by Brendan Smith, a junior music and voice student.

“I’d like to dedicate this song to all the empowered, badass women,” Smith said before he began his song.

After a highly competitive bidding war during the intermission, when a homemade pie was auctioned off for $175, the second half ensued with more performances by Wheels for Women. Maggie Gillette, senior and co-president of Wheels for Women, said she was elated to see the performances come together.

“One of the deepest performances of tonight was sung by Josh Wilde, who’s a senior,” Gillette said. “He sang ‘Beautiful City’ from ‘Godspell.’”

“It’s really easy in this profession to get so focused on yourself and Dillingham. … For me, I realized there’s more to this world than myself,” Kimble said. “Women need a voice everywhere … I felt more passionate about bringing awareness for women.”

Junior Sushma Saha started her journey with Wheels for Women in a similar way to Gillette and Kimble. She has held two of her own cabarets in Pennsylvania to support the foundation.

“I support women everywhere, so when I realized it’s empowering women from my place of origin, I was immediately super interested,” said Saha, “I’m a different person because of it, and I hope to contribute to it for the rest of my life. It makes me feel like an active member in the community of the world.”