Club focuses on food to bring community together 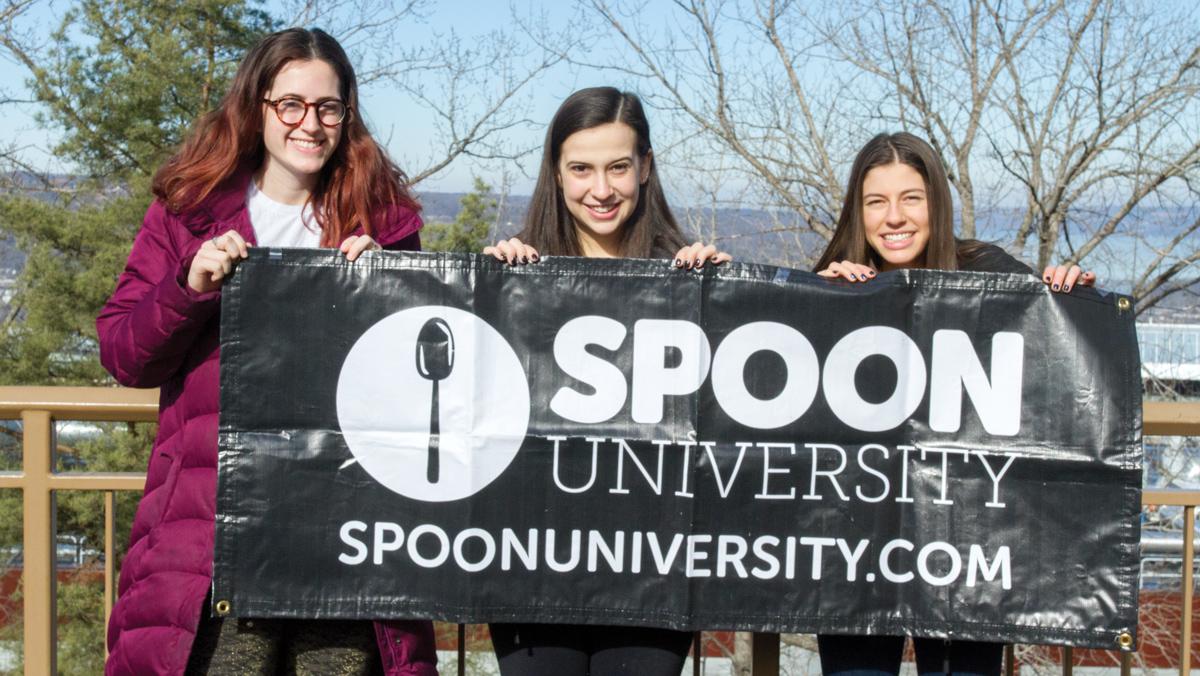 Strawberries, M&M’s and whipped cream are all toppings students can load onto their customized pancakes in Terrace Dining Hall at a pancake brunch, thanks to the Ithaca College chapter of Spoon University.

Spoon University is an organization that gives college students the tools to write, photograph, create videos and host events focused on food. The organization has college chapters across the country.

The college’s chapter became a recognized student organization in Spring 2016. The chapter focuses on bringing students recipes, tips for living in dorm rooms, and restaurant reviews through their chapter’s online site.

Senior Rose Lee helped make the club a recognized organization on campus during her sophomore year and was a part of the first team of leaders of the club. She said she wanted to build a community on campus where people passionate about food could come together.

“I felt like Ithaca was the perfect place for Spoon because it’s such a foodie community,” she said.

Ithaca is home to over 50 restaurants downtown, including Moosewood Restaurant. Moosewood is famous for publishing over 13 cookbooks. Ithaca is also famous for being the contested birthplace of the ice cream sundae.

The organization was created to serve the college population, which Spoon felt was not targeted in typical cookbooks. The club also wanted to create a space for people to learn skills such as writing and marketing.

The members of the club each choose an area they want to focus on, whether it be writing, event planning or social media.

Senior Kyra Denish has been a member of the club for over two years and was previously the editorial director for the club. Denish said her love of writing and food led her to join the club. She manages a staff of writers who volunteer to create content for online readers and volunteers at the events that the club hosts in the dining halls on campus.

The writers for the club post seasonal and practical recipes and guides for their readership. For example, the website features a how–to guide for frosting a cake and a recipe for a deep-dish secret–center chocolate chip cookie that students can make in their dorm kitchens.

In addition to the semiannual pancake brunch, which is the club’s biggest event, Spoon has also hosted ice cream sundae bars and a tailgate party for Cortaca. The club hosts customized food events because it wants to offer students a chance to experience food they may not normally get from the dining hall, Denish said.

“We want other students to feel like they are being taken out of the dining hall while still being in there,” Denish said.

Lee said she likes that she can be surrounded by like-minded people who appreciate the traditions and values that go along with food.

“I learned that food is a really powerful vehicle to bring people together from different backgrounds,” Lee said.

While the club has mostly been made up of female members, there have been a few male members throughout the years, Lee said. When the club originated, it had 30 members, but it now has between 20 and 30 active members, she said.

Even though the club focuses on teaching its members skills in writing and marketing, the membership is from a wide variety of schools on campus, Denish said.

“We like to think the love of food spans wider than a major,” she said.

Denish said she thinks the reason why so many majors get involved is because food is a common ground that brings people together.

Jocelyn Hsu, community success manager at Spoon University, said the goal of the national organization is to create a platform where college students can share their perspectives on food.

Sophomore Mia Reingold, event planner for the club, said she has learned how to problem–solve by running dining hall events. Reingold serves as the liaison between the club and Sodexo and is in charge of letting Sodexo know what the club will need for its dining hall takeovers. At the events, members of the club sign up for shifts to serve the students that come to the event. Denish said it can be hectic because over 100 students attend each event. Working together to bring food to other students gives her a sense of pride, she said.

Lee said the club has allowed her to meet people who may not have had the same interests as her if Spoon had not brought them together.

“I feel really lucky that I was given the opportunity to bring this here and to initiate this whole community surrounding food,” she said.