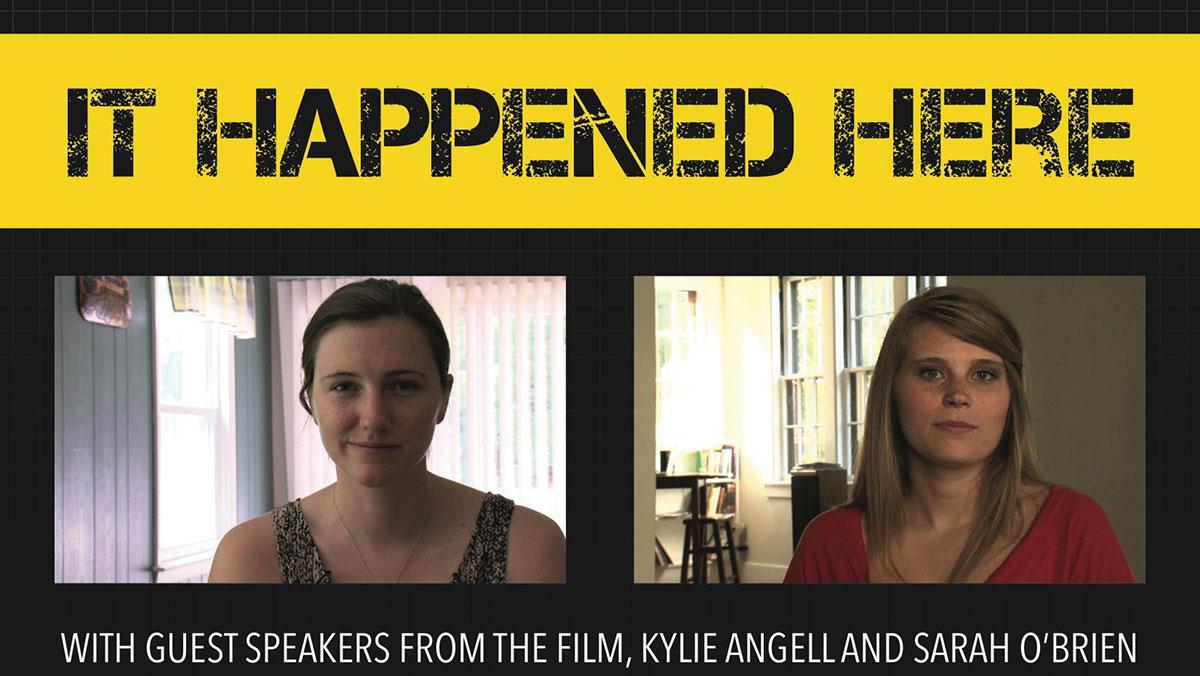 Courtesy of Malik Morris
Throughout March and April, the Difficult Dialogues Symposium will be hosting a series of events focusing on rape and sexual assault on campus.
By Tyla Pink — Staff Writer
Published: March 9, 2016

Issues surrounding sexual assault and rape are always up for discussion on college campuses, especially with statistics reporting that 23 percent of female undergraduate college students have experienced some form of unwanted sexual contact, according to the Association of American Universities.

This issue of sexual assault is prevalent on the Ithaca College campus as well. According to the 2015 Annual Security and Fire Safety Report from the Office of Public Safety and Emergency Management, the number of rape cases reported on campus increased from zero in 2013 to four in 2014.

The Peggy R. Williams Difficult Dialogues Symposium, created in honor of former president Peggy Ryan Williams, was launched in October 2009. Williams was an advocate for complex,  controversial dialogue about timely issues, academic freedom and open inquiry. This series looks to engage students in difficult conversations, with this year’s focus being on campus rape and sexual assault.

Maura Stephens, associate director of the Park Center for Independent Media and member of the Difficult Dialogues Symposium Committee, said sexual assault is a difficult situation to grapple with and that peers should be responsible for helping students they find in danger.

In past years, the college would bring in one main speaker, but this year, the committee wanted to make more of an impact and create a series of events that would make the community more interested and involved, events that will take place throughout March and April. At 7 p.m. on March 24 in the Park Auditorium, there will be a screening of “It Happened Here,” a documentary on sexual assault on college campuses, culminating with a discussion focusing on the legal actions colleges and universities take in these situations. Throughout the month, there will be student–facilitated discussions about sex and sexual assault on campus, with the final discussion taking place at 7 p.m. March 30 in Clark Lounge.

Malik Morris, a senior clinical health studies major and co-chair for the Difficult Dialogues Symposium, said he believes these events are important because they provide a safe space for students to comfortably face their experiences as well as the overarching issue of sexual assault, but it’s also a way to shed light on an issue that’s usually left in the dark. Morris wants to use his leadership roles as a captain for the football team and involvement with the Difficult Dialogues series as a way to help prevent these issues on the Ithaca College campus.

“I am aware that many sexual assault and rape cases frequently have athletic members as offenders,” Morris said. ”Hopefully, my leadership will help prevent this from happening as we strive to be proactive about these situations. We want to be the solution. Just because there aren’t publicized cases doesn’t mean they don’t happen.”

The last event of the symposium will be an art contest where people on campus are invited to submit film and video, visual art, spoken words, poetry, songs or short prose that share a message about sexual assault. Works will be judged based on aesthetic, clarity and effectiveness, message appeal and benefit. They will be due March 20. Chosen students will have their work showcased throughout different venues during April, which is Sexual Assault Awareness Month.

Rebecca Plante, co-chair of the Difficult Dialogues Committee and associate professor of sociology and gender studies, said she believes students should be discussing sex culture on campus rather than focusing solely on sexual assault.

“We need to discuss more than sexual assault, in truth,” Plante said. “We need to be discussing the whole sexual climate here: hooking up, relationships, sexual assault, how inclusive we are regarding queer sexualities. Sexual assault is part of the bigger societal and campus picture.”

According to campus safety officials and people from the Ithaca Advocacy Center, instances of sexual assault at the college are not as bad compared to those at other schools, but the fact that they exist at all is a problem. According to the Department of Justice and external collegiate research,  more than half of college rapes are unreported, so there’s already a substantial amount of gray area when discussing this issue.

Plante said she believes that as long as schools continue to be passive about addressing issues of sexual assault on campus, then it will continue to be in the spotlight. She suggests a few ways the campus can change things as a community.