“It’s going to be hilarious, fierce and a little bit scary,” said Em Fazeema, the light reflecting heavily off her hot pink wig. “But I promise, you’re going to love it.”

The fifth annual Drag Show on March 26 began with a robotic voice counting backward from 10, and then the kings and queens took to the runway, appearing through a black curtain to strutting, sashaying and swaggering as they walked. The crowd clapped to the beat of the music as the performers each had their own, brief spotlight moment, some showing off their makeup-enhanced abs and others grinding their hips to the beat, tossing their hair over their shoulders.

The more than two-hour event featured about 15 performers, each doing some combination of runway walk or lip-sync routine, clad in a medley of colored wigs, high-heeled shoes and fishnet bodysuits for the queens, and faux facial hair, classy vests and sky-high mohawks for the kings, each costume reflecting the creativity, personality and textile skill of the performer.

The vision for this year’s Drag Show was merely to outdo its past iterations, Em said.

“We’re always trying to top ourselves,” Em said. “Last year was the biggest yet, but we wanted something a little bit bigger. We wanted to just keep the tradition going.”

The 450 chairs in Emerson Suites were filled within the first 10 minutes of the doors’ being open, and more students continued to file in, taking seats on the floor or standing along the back wall to watch. Some were there to support friends who were regulars to the show, while others said they had never been to a drag performance before.

Vanilla said the show was very small when he participated during his freshman year, with only a few people standing in the audience. Since then, he said, the show has seen steady growth each year, climbing to 100, 250 and finally close to 500 attendees. The number of performers has gone up as well.

“We were never this big,” Vanilla said. “When I first started off freshman year, we had maybe six people performing, and sophomore year, we were like a little traveling theater group. … The show’s just gotten bigger and bigger.”

Although the event was free, each year, the performers ask for donations that go to a charity of their choice. This year’s organization was The Trevor Project, which aims to provide crisis intervention and resources for suicide prevention for LGBT youth. However, Luca Maurer, program director for the Center of LGBT Education, Outreach and Services and current adviser for PRISM, said the show itself is also in some ways an outlet and a way to connect.

“Some of our students have built very deep, personal, significant relationships with each other and with people in the community through their interest in drag,” Maurer said. “From where I sit, one of the biggest challenges to LGBTQ people of all ages, but especially young adults, is social isolation. So we’re describing an event that, by its very nature, counters social isolation.”

The songs featured a number of pop pieces along with Broadway works, like “Satisfied” from the musical “Hamilton” and “He Touched Me” from “Drat! The Cat!” There were also original musical performances by special guest Big Dipper, a Brooklyn-based gay rapper and 2007 Ithaca College alumnus, who gradually stripped down to a gold body chain and hot pink speedo for his first act, and black and green briefs for his second performance.

Dragon Phoenix, a sophomore whose birth name is Erin Kohler, said this idea of acceptance is deeply rooted in the college’s drag culture.

“You can be a part of this no matter how you identify: gender, sexuality, race, anything — it doesn’t matter,” they said. “We come together and have a great time, and it’s really fun.”

Junior Saul Almanzar echoed Phoenix and Em. While he has never performed in drag, he said he was close friends with a number of people in the show and has seen it improve over the years.

“It sucks that this can only be one day a year, but it really gives us a place where we feel like we belong,” Almanzar said.

Senior Mark Farnum also came to the show to support friends who were performing and said he enjoyed the event for both the theatrics and the message.

“I am amazed and so happy,” Farnum said. “I love watching someone enjoying who they are … They were dancing; I was screaming. It was a good time.” 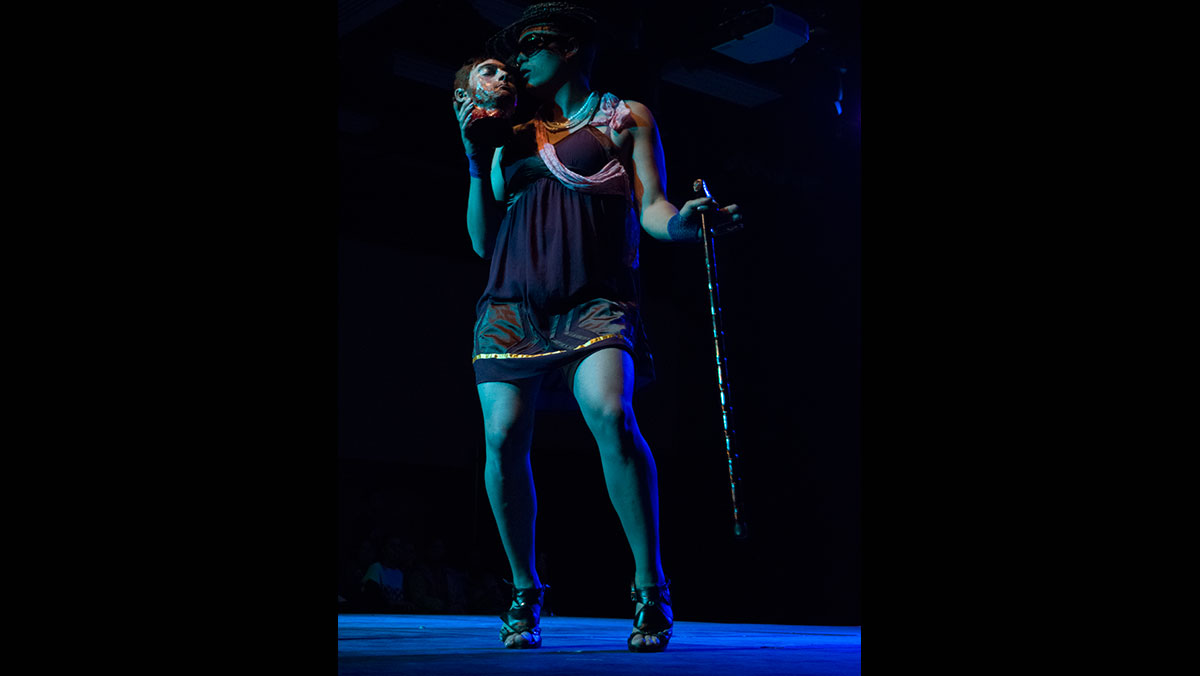 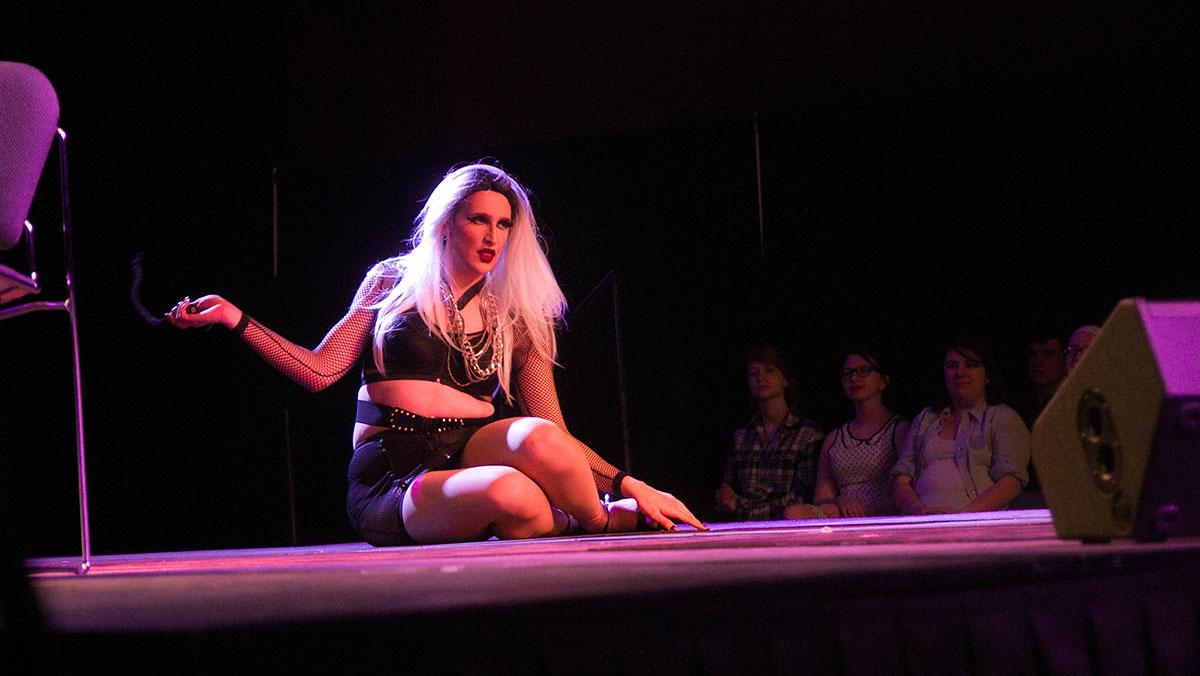 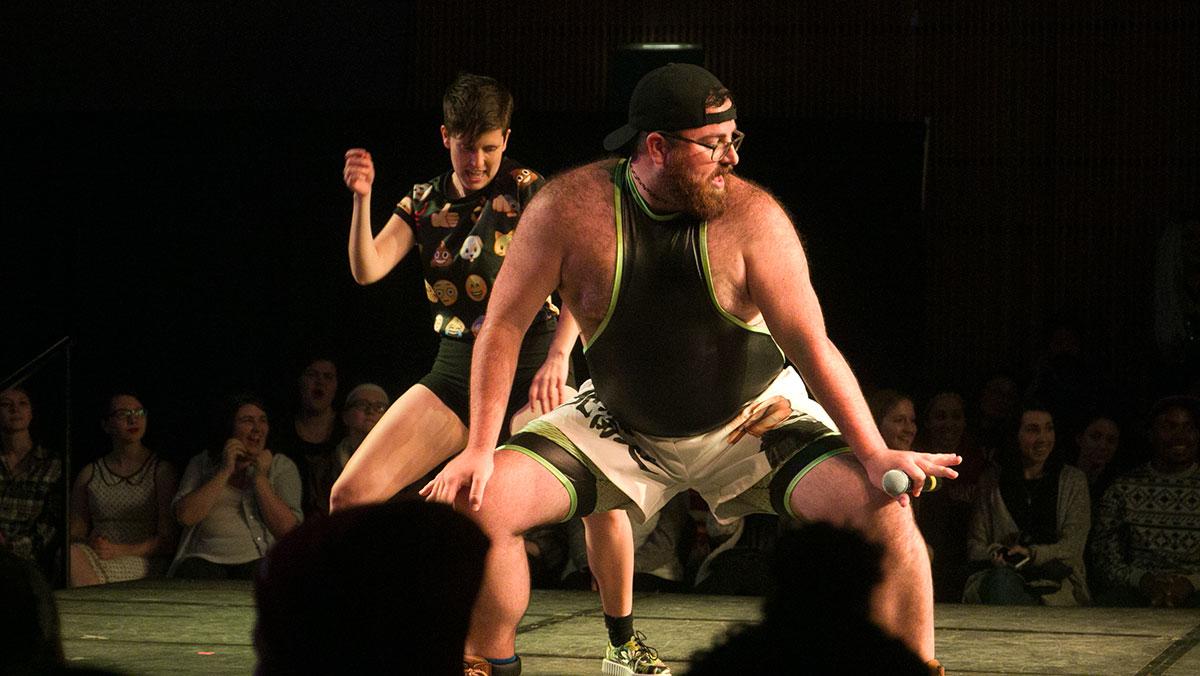 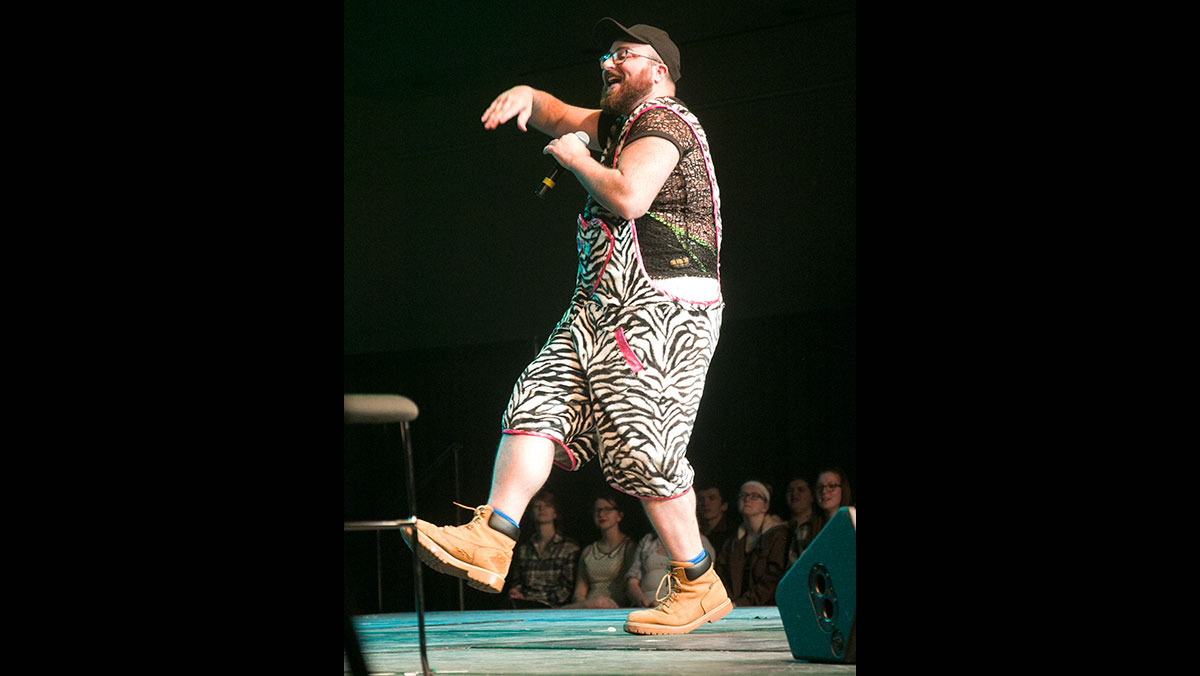 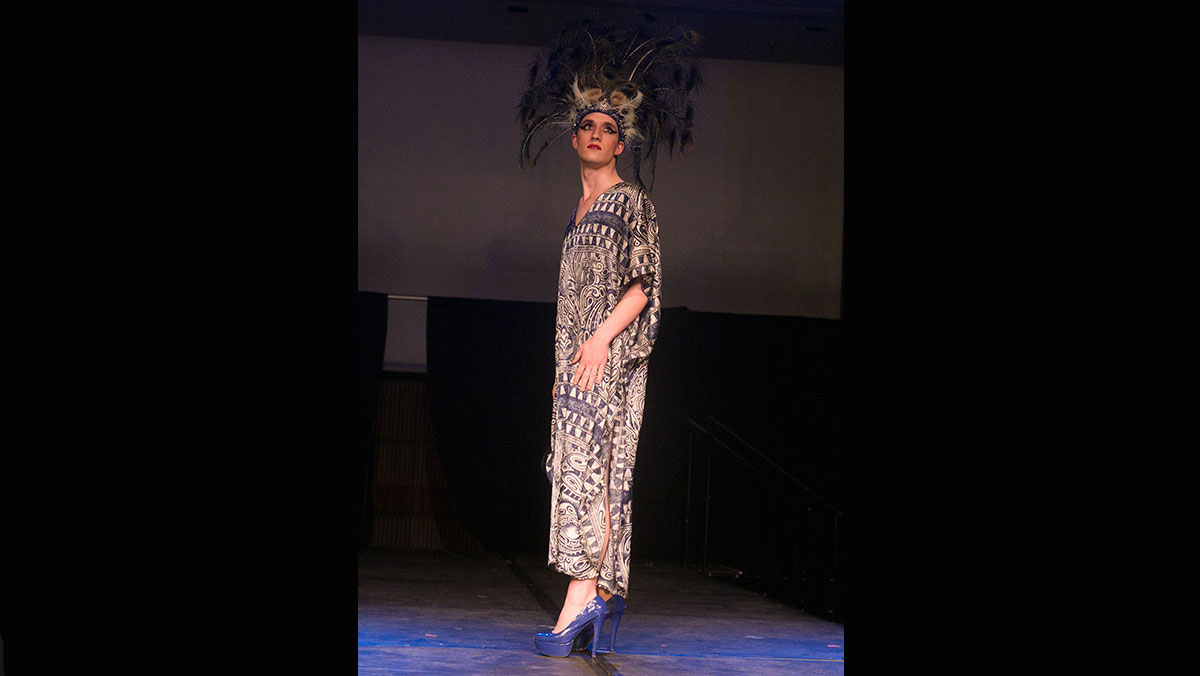 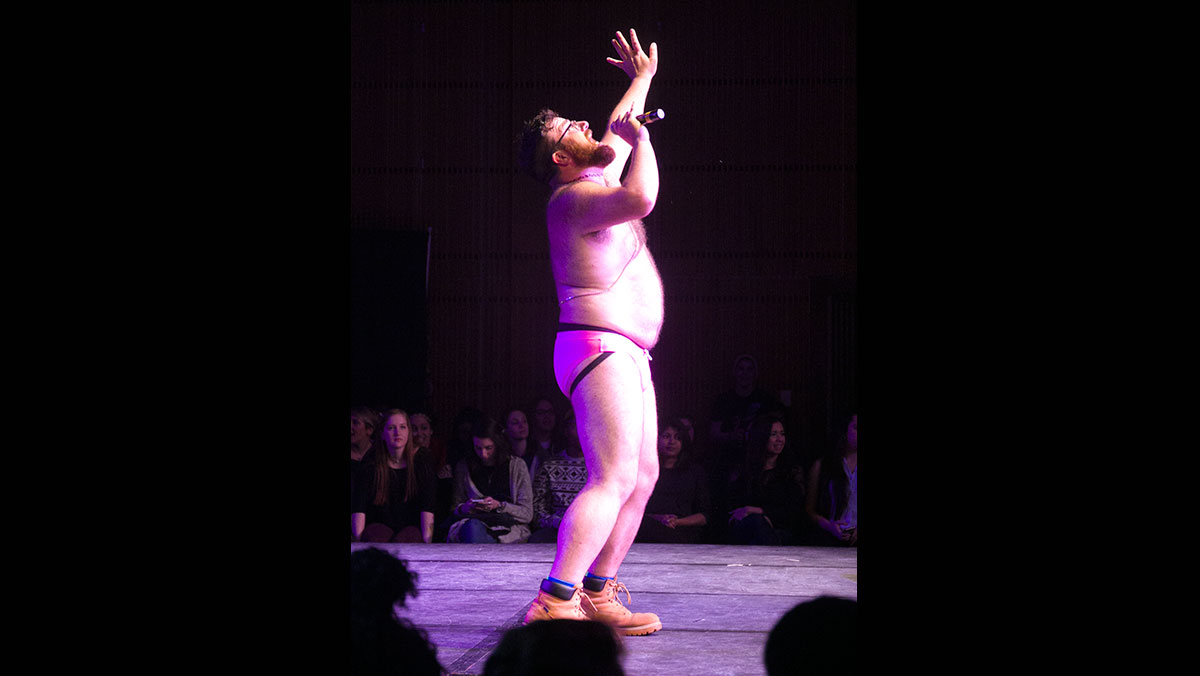 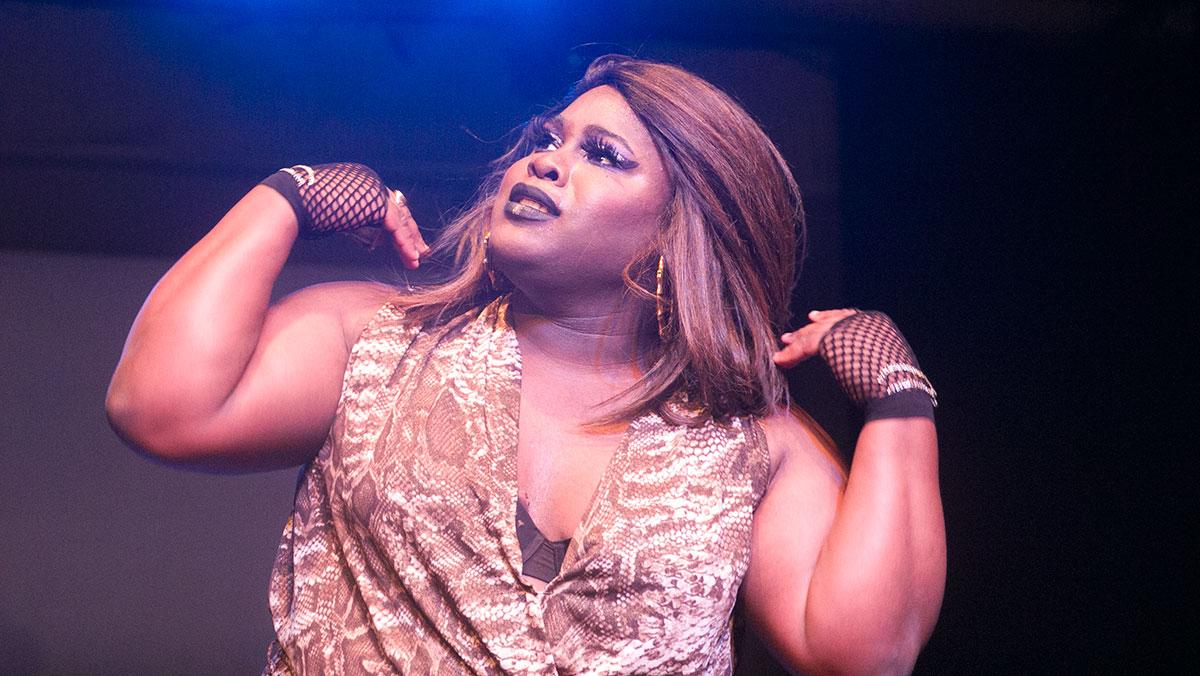 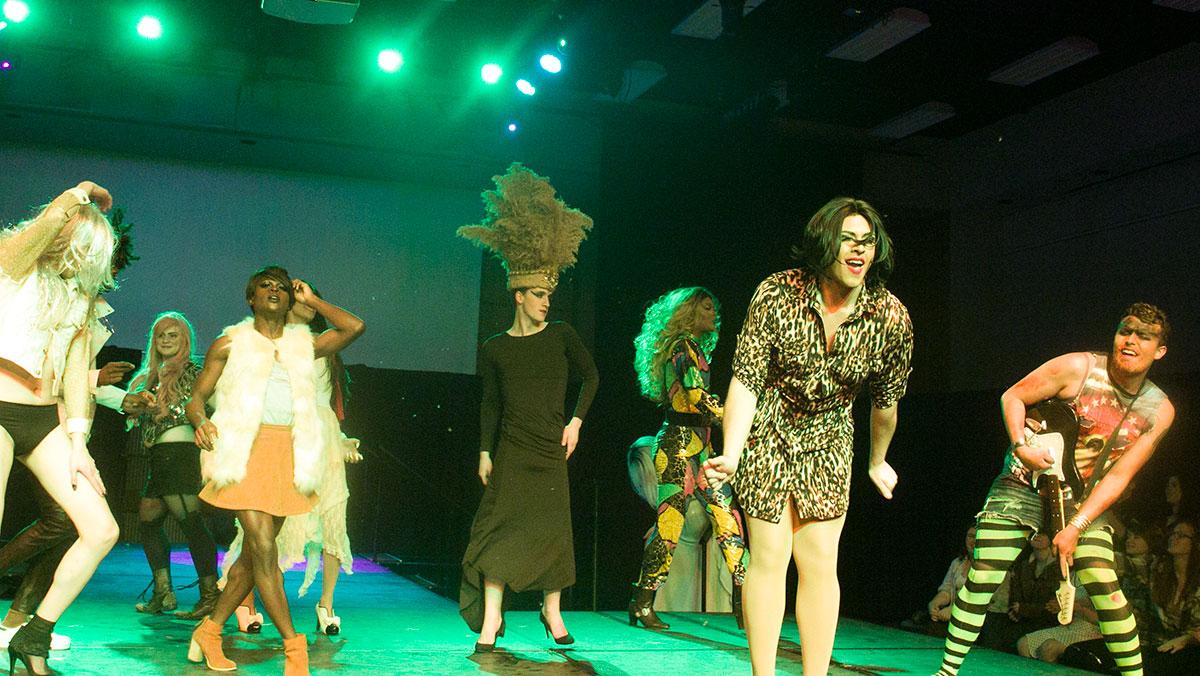 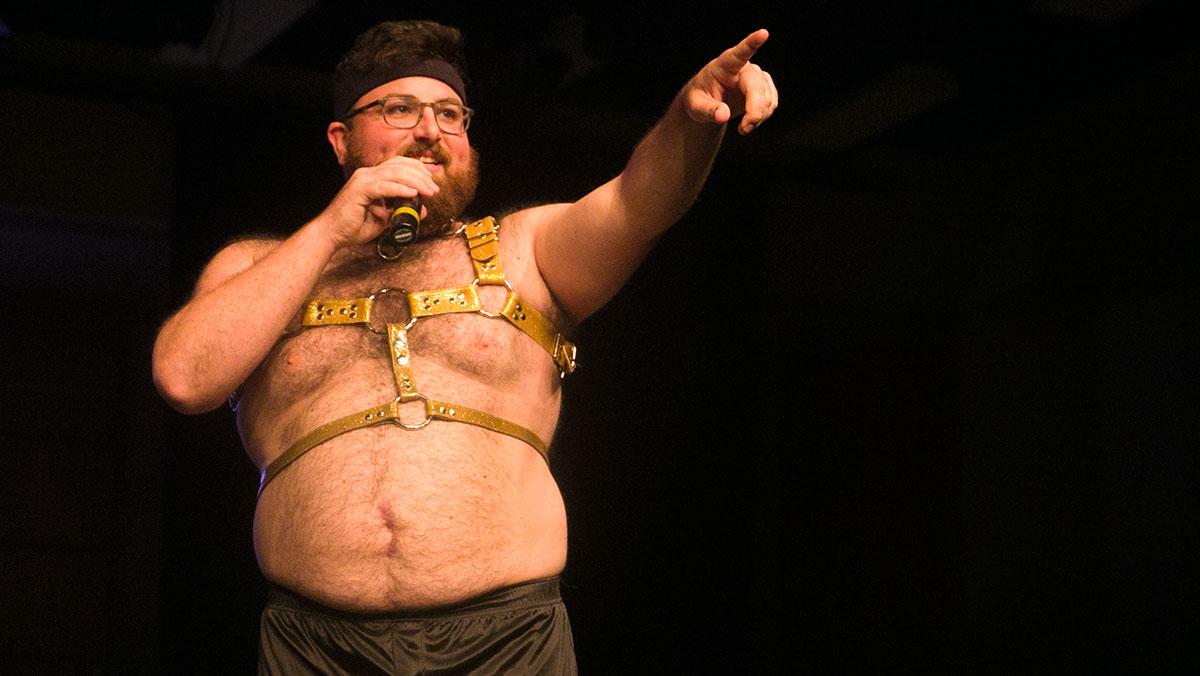 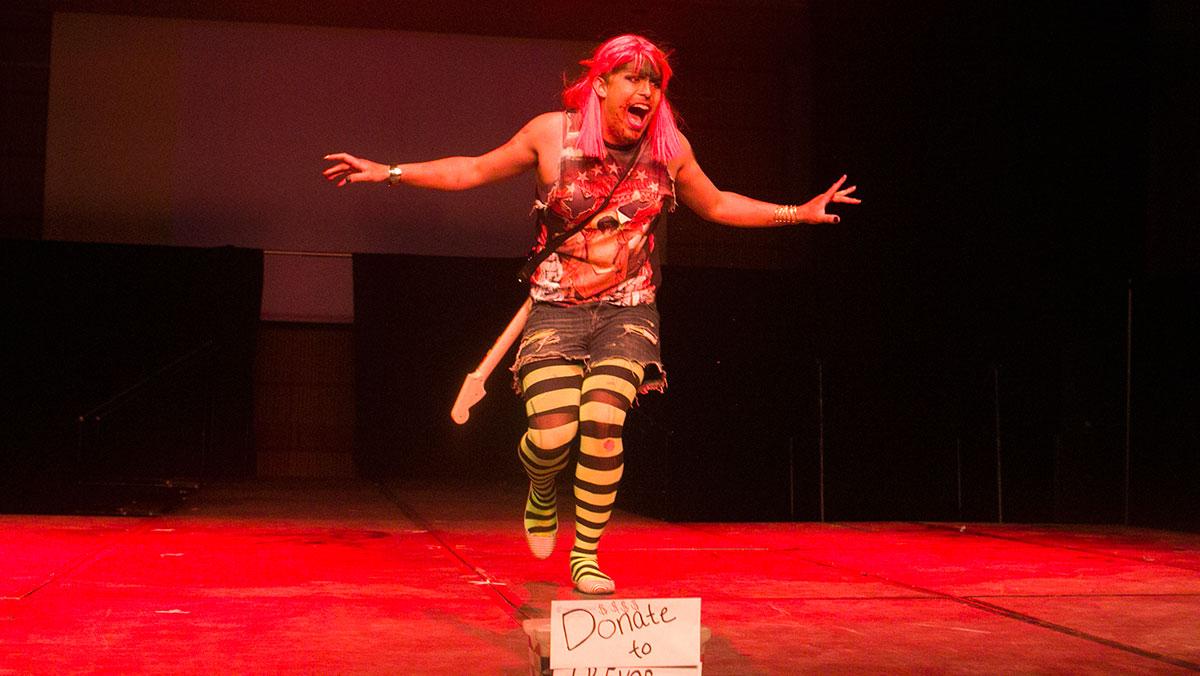 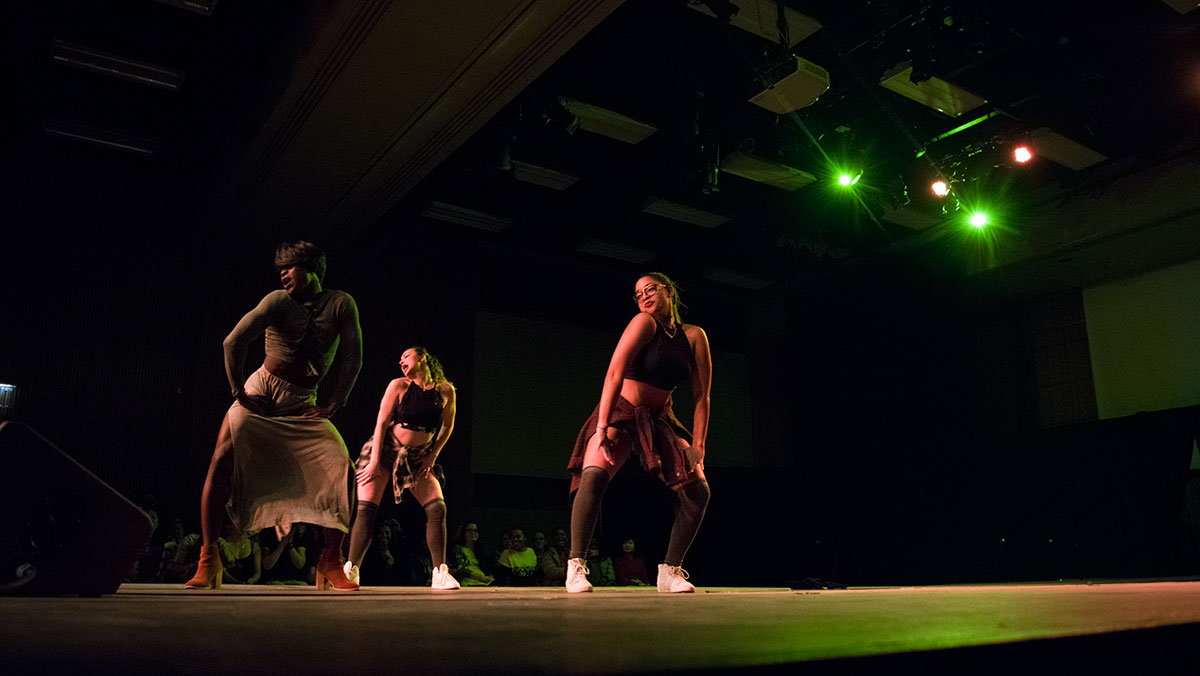 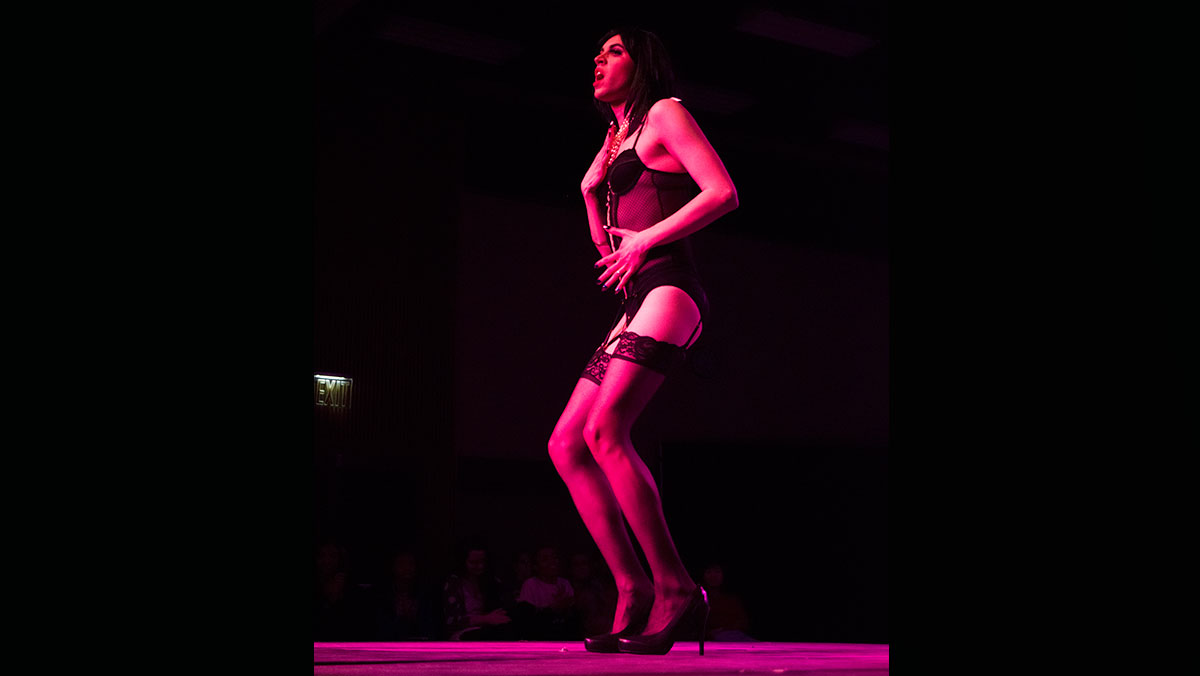