Fly Girls: The Harmon family fights for the rights of WASPs 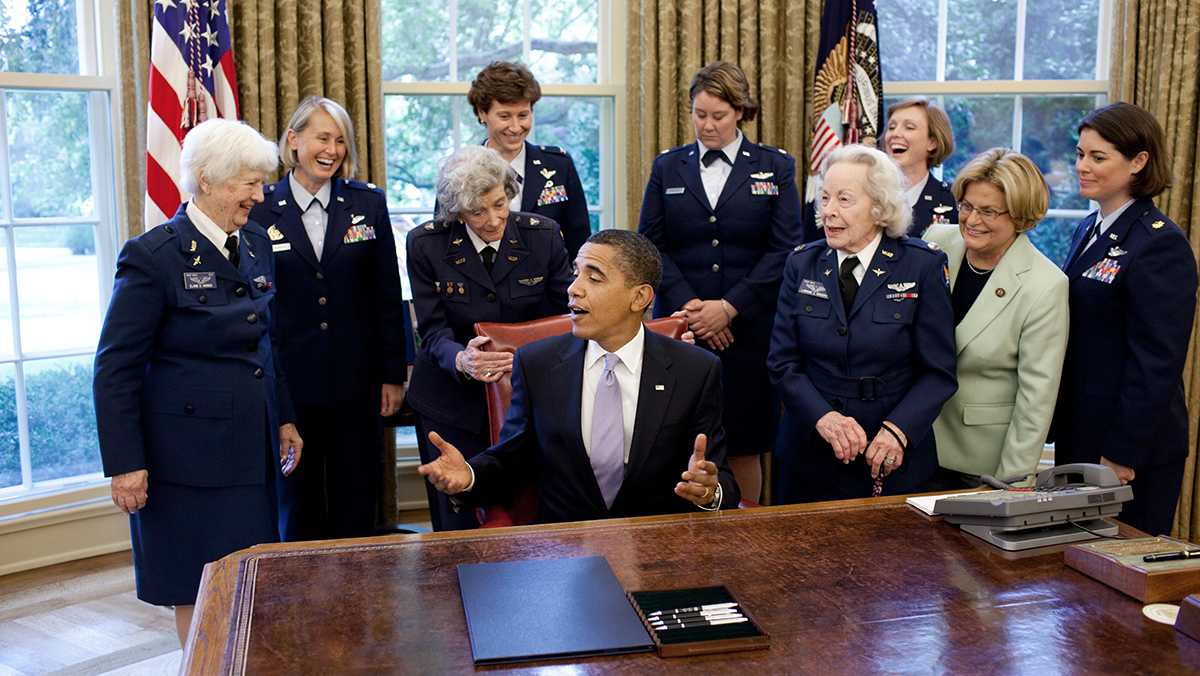 During World War II, when over 12 million men and 300,000 women joined the United States armed forces, Elaine Danforth Harmon was one of 1,074 women who served as a WASP, a Women Airforce Service Pilot. Elaine died last year at the age of 95, but one of her last wishes was to be inurned at Arlington National Cemetery.

That wish, however, has yet to be fulfilled, as Elaine’s ashes are currently resting on a shelf and not at Arlington National Cemetery.

Elaine’s granddaughter, Amelia, an Ithaca College freshman, said Elaine was originally put on a waitlist to be inurned at Arlington. However, her family received a letter saying the request had been denied. WASPs are no longer eligible for inurnment at Arlington. In response, Amelia and a few other family members created a petition on Change.org demanding that Elaine and other WASPs be granted burial rights at Arlington. Amelia said when she first heard the news, she thought it was a joke and said the denial is unfair.

“I mean, after all those years of her fighting to get that veteran status because of her service in World War II, and after all of that and finally succeeding, to only be denied again after death — it’s like the ultimate disrespect,” she said. “And it was just so unfair. I mean, my grandmother was a great woman. She did so many wonderful things in her life. All she did was help people, and now her ashes are sitting on a shelf.”

The WASPs were female pilots — the first group of women to ever fly American military aircraft — and were born out of a shortage of male pilots during World War II. The goal of the WASP program was to train women to fly military aircraft so men could be released overseas for combat duty. From 1942 to 1944, these women flew over 60 million miles. They ferried aircraft from factories to military bases, tested new planes and even towed targets on B-17 planes to help train the men in target shooting, resulting in the deaths of 38 WASPs. Because the WASPs were considered civilian volunteers, the military was not required to pay for their funerals or pay for their remains to be sent back home. The American flag couldn’t even be draped over their coffins.

Elaine began training in April 1944, then after graduating served at Nellis Air Force Base in Las Vegas. While at Nellis, Elaine trained male pilots going into combat and taught them how to fly instruments and continued serving until the WASP program was disbanded in December 1944. 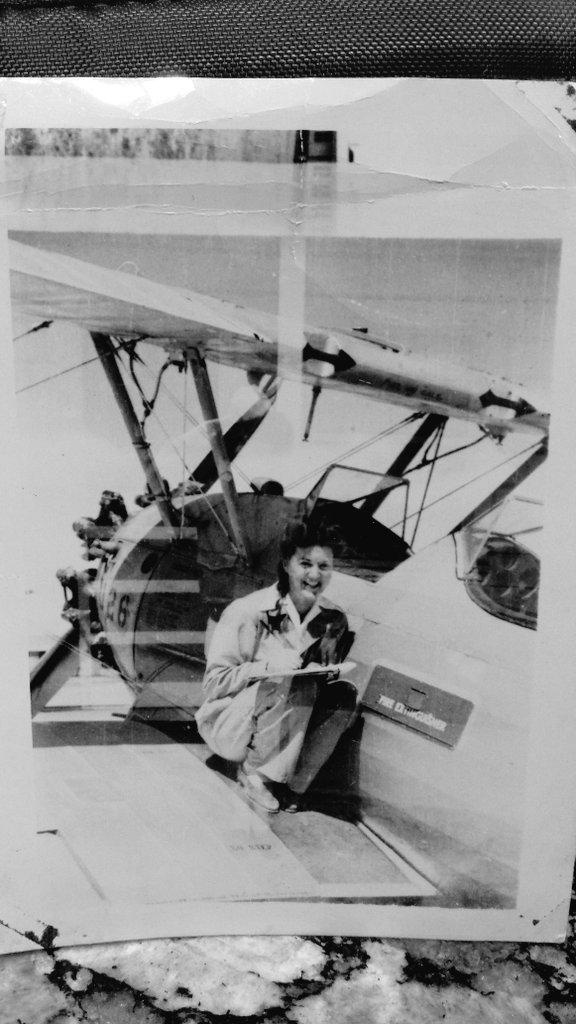 Elaine Harmon served as a Women Airforce Service Pilot in 1944 and flew B-17 planes.
Courtesy of Terry Harmon

The WASP program attempted to achieve military status in the 1940s, but in 1944 a bill that would have granted this status did not pass Congress. The push to grant the WASPs military status was revived in the 1970s, when the Air Force began accepting its first female pilots, touting that they were the first women ever to fly military aircraft — a feat already accomplished by the WASPs 30 years before. Upon hearing this, Elaine’s granddaughter Erin Miller said Elaine organized with a core group of people to continue lobbying for their rights and was one of the women who testified before Congress in 1975 to gain the WASPs their veteran status.

“She was kind of the secretary of the group, and she was really instrumental in finding a lot of the people because it wasn’t like today, where you have the Internet, and you could just Google people — you had to actually look in the phone book and figure out where people moved, and it had been 30 years,” Miller said. “And she said it took a year to even find all these people.”

One of Elaine’s daughters, Terry, said she recalls her mother working diligently to lobby for the WASPs’ veteran status and convince Congress to pass the legislation.

“I remember her sitting up late at night, typing letters on the typewriter at the dining room table, trying to lobby members of Congress,” Terry said.

In 1977, the WASPs finally received veteran status under Public Law 95-202, the GI Bill Improvement Act. Then in 2009, President Barack Obama granted the WASPs the Congressional Gold Medal, and Elaine was one of the many WASP veterans present to receive the award. Since 2002, WASPs have been eligible for inurnment at Arlington. However, this move was reversed by John McHugh, former Secretary of the Army, in 2014, thus making WASPs ineligible for inurnment at Arlington.

According to McHugh’s memo, the Army determined that WASPs and other World War II veterans were only classified as “active duty designees,” and therefore do not have the right to inurnment at Arlington. Furthermore, Army spokesperson Paul Prince said WASPs are only eligible for burial at cemeteries managed by the Department of Veteran of Affairs, according to the Associated Press. Arlington, on the other hand, is managed by the Army. 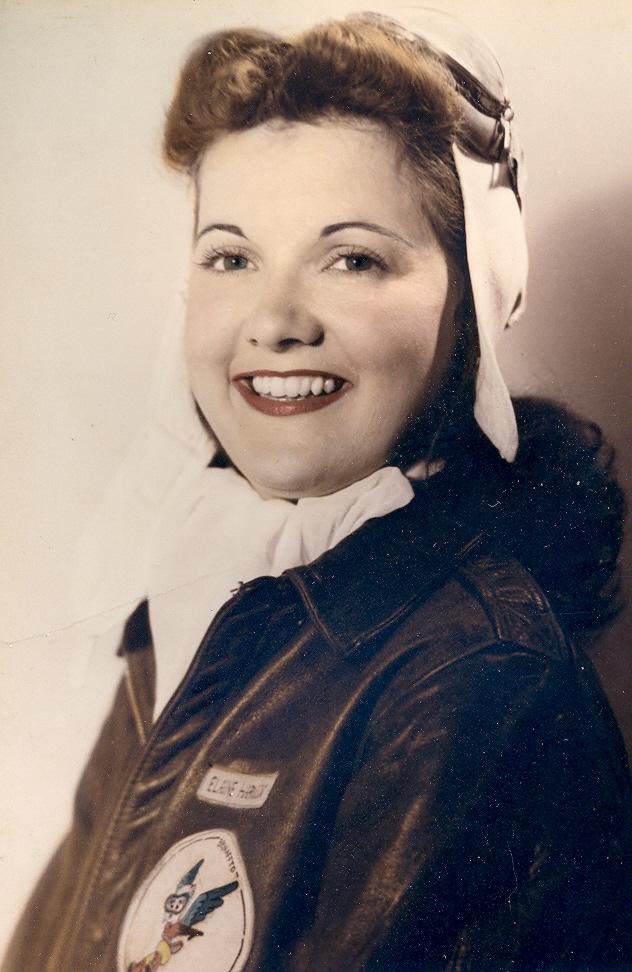 Elaine Harmon, pictured above, recently passed away, but was denied inurnment at Arlington National Cemetery despite her service as a WASP.
Courtesy of Terry Harmon

The Army also brought up the issue of space at Arlington to argue against granting inurnment rights to WASPs, but Harmon said she feels there is a bigger issue at hand.

“The Army tried to say it was a space issue because obviously there’s a lot of veterans, and there’s limited space and graveyards, but I’m not sure how many living WASPs are left, but there can’t be that many,” she said. “And most of them would probably want to be buried with their family in their family graveyards anyways. So at this point, it’s not an issue of space — it’s an issue of respect and who deserves it.”

Once the petition was created in early December, Harmon said she and her family reached out to as many people, groups and social media platforms as possible to raise awareness for the issue. Then on Dec. 22, 2015, WUSA9, the CBS affiliate in the District of Columbia, published a story about the Harmon family’s fight to have Elaine inurned at Arlington. About a week later, the Associated Press covered the story, followed by outlets like The Washington Post. The story was also covered on the Fox News program “On the Record,” where host Greta Van Susteren interviewed Arizona congresswoman Martha McSally about the issue.

As of Jan. 6, a bill called the Women Airforce Service Pilot Arlington Inurnment Restoration Act was introduced to the House of Representatives and the Senate. The bill serves to restore inurnment rights to Arlington for WASPs and was introduced to the House by McSally and Representative Susan Davis from California and to the Senate by Senator Barbara Mikulski of Maryland and Senator John Earns of Iowa.

Terry said she is grateful for the support the petition has gotten, both on the petition and in the legislature.

“Because of that and because of the efforts of Representative McSally and Senator Mikulski and the general public’s response to our petition, I feel very optimistic that we are going to be able to honor our mother’s wishes,” she said.

With over 115,000 signatures on the petition to date and Congressional support, Erin said the Harmon family would feel very proud if Elaine were granted inurnment rights at Arlington. She said her grandmother saw Arlington not just as a cemetery, but as a memorial to different military groups, and she felt it was important for the WASPs to also be represented there.

After Elaine’s service as a WASP and many more years spent fighting for their veteran rights, Terry said one of her mother’s goals was to have people know about the WASPs’ service and contributions to their country. Laying her ashes at Arlington, Terry said, would preserve the legacy of who she calls “trailblazing women.”

“It means a lot to my mother, not personally to have her ashes laid there, but as part of the legacy of the WASP,” she said. “And so along those lines, it would mean a lot to our family knowing that we had been able to successfully honor her wishes and have her legacy as a WASP recognized as it should be and help to have her ashes laid at rest.”