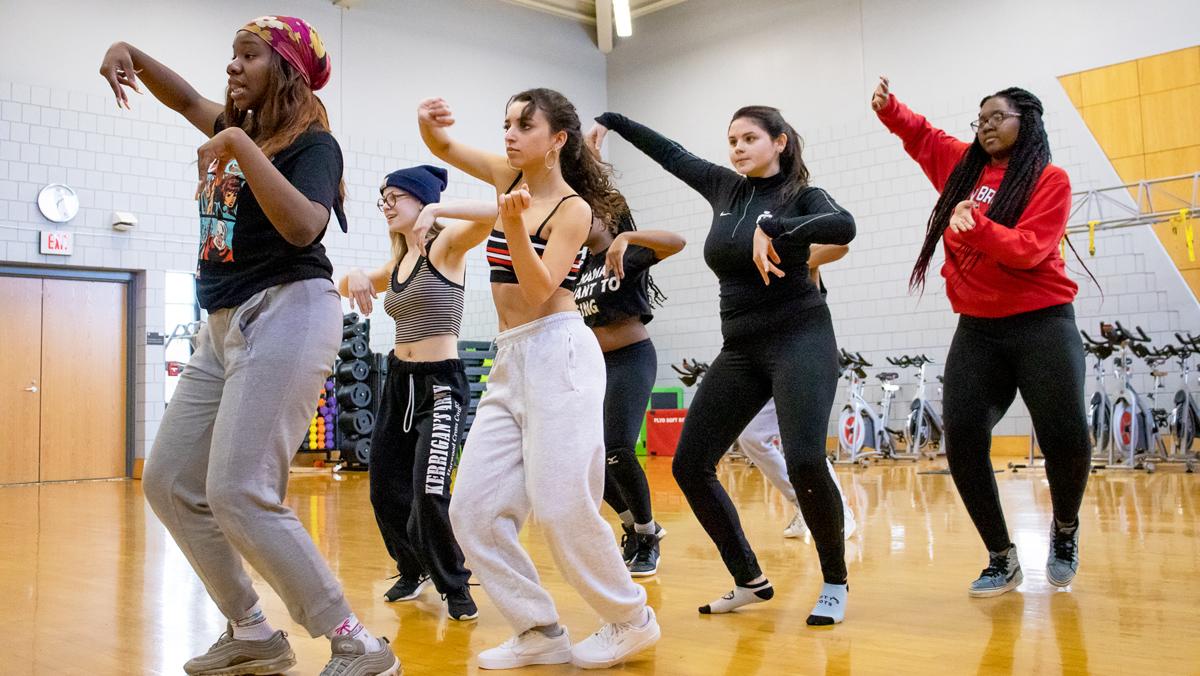 Typically, Pulse Hip Hop, an Ithaca College dance team dedicated to hip-hop dancing, performs its spring semester showcase in March. With the showcase moved up to Feb. 23, the women in the group have been filling the Fitness Center three days a week to sweat, choreograph and perfect every step before their biggest show of the year.

Because of the earlier performance date, junior Zoe Werth, vice president of Pulse, said preparation for the showcase has been hectic but rewarding. The spring semester showcase is at 2 p.m. and 8 p.m. Feb. 23 in the Emerson Suites.

“It’s really stressful, but I feel like time is now on our side,” Werth said. “But that’s not to say that we haven’t been putting in the work that we need to do, and each week it comes together even better than I think it is. Because of the time constraints, it does feel a little rushed, but I’m always surprised to see how well my dancers are doing.” 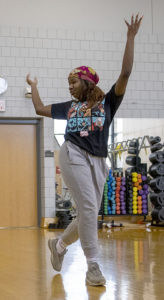 Sophomore Akiysa Sanders and the team practice their moves in the Fitness Center.

Werth is one of 13 members of Pulse. Auditions for the group take place each fall semester, and people of all skill levels are welcome to try out for the team. Junior Lauren Stapleton, president of Pulse, said she has been a member of Pulse since Fall 2017. Stapleton said that though she had prior dance experience in multiple styles, including ballet, she had little hip-hop experience before joining Pulse.

“I didn’t even know about the auditions until somebody told me after [I posted] a dancing video on my Snapchat story and asked if I was going,” Stapleton said. “I ended up going. And it’s funny, my shoe broke on my way to my audition, so I was dancing with a broken shoe. And I thought that maybe it wasn’t a good sign, but I pushed through it, and I met some of my closest friends during the audition, and we’ve been tight ever since.”

“I think our size makes us different because we are one of the smaller teams but not too small, so it feels more like a dance studio than a large team,” Werth said. “It allows us to form close bonds with our teammates and support each other while we get better at what we love doing.”

Though newer hip-hop moves have been rising in popularity through sites like TikTok, hip-hop has a history that runs deep in American culture and dates back to the late 1960s and early 1970s. At the beginning of the modern hip-hop era, people would take to the streets and invent dance moves inspired by the complex rhythms and styles associated with African dancing. There are also a variety of substyles. For example, the East Coast developed a hip-hop style primarily found in New York that includes characteristics like complex lyrics and break dancing, while the West Coast has techniques like popping and locking that serve as the style’s fundamental roots.

Pulse features many of these iconic styles in its routines. One particular routine the group is preparing for its showcase heavily relies on popping and locking. The dancers artfully move their bodies to Rihanna’s “Rude Boy” and Doja Cat’s “Juicy.”

Another style common within hip-hop culture is heel dancing. In this substyle, many of the same rhythms and movements associated with hip-hop are present, but they are all done while the performer is wearing high heel shoes. This is most often found in the choreography of popular musicians like Beyoncé in her music videos for “Run The World (Girls)” and “Single Ladies (Put A Ring On It).” 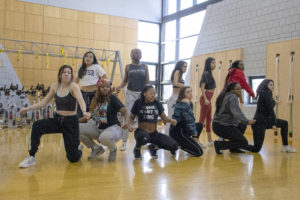 The showcase has been held every year since the team was founded. In the past, the showcase was held in March instead of in February.

Freshman Lia Montalvo, one of the newest members of Pulse, is choreographing the heel routine, which is one of the 12 dances in the upcoming showcase. Her routine, titled “Take It Easy,” features five dancers, including herself, dancing to a mix of two slower R&B songs. For this routine, which she started working on in Fall 2019, Montalvo said she chose to focus her choreography around lyrics rather than rhythm.

“It is a very seductive piece that I find to be extremely empowering, as do the other people involved,” Montalvo said.

Montalvo has previous dancing experience in hip-hop, ballet, modern and jazz styles, but she said her experience in Pulse has allowed her to move outside her comfort zone and explore a new side of dancing she had never been exposed to before.

“They have open auditions where anyone can choreograph, so I was like, ‘Sure, why not?’” Montalvo said. “I’ve only choreographed for myself or for me and another person, so having to worry about formations and putting everyone where they’re supposed to be has been really hard, but it’s been so nice. I’m trying out props and everything with my routine, and I’m so excited to see how it will turn out onstage.”

Currently, there are only women in the group, but men are welcome to audition and join. Montalvo said the female environment is one of her favorite things about Pulse.

“I love that we’re all women, and we just come and support each other and have a great time,” Montalvo said. “Every time I come to practice, I don’t have to worry about schoolwork, tests or anything else stuck in my mind, and I can dance those problems away.”

Stapleton said she hopes that in addition to the dancers giving their best performances, everyone can take something from their showcase and learn to love dance a little bit more.