Gluten-free eaters go against the grain 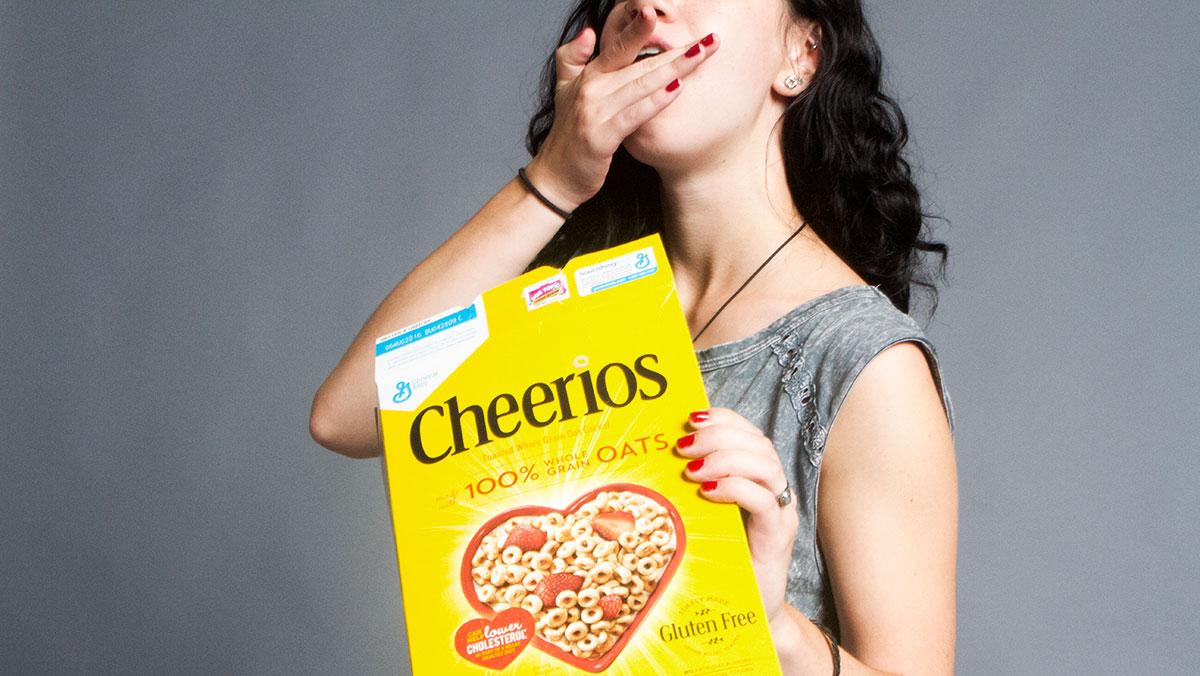 Sophomore Laura Stedge remembers constantly eating pasta and pizza when she was in middle school. However, after several doctor visits, blood tests and medical procedures, Stedge was diagnosed with celiac disease. As a consequence of the diagnosis, she had to cut gluten — including pizza and pasta — out of her diet completely.

Gluten is a mixture of two different proteins found in wheat, barley and rye. It can be found in a variety of foods from bread, cereal and french fries, to sauces and soups, and makes up 75 percent of the proteins found in wheat. Eating gluten-free is a lifestyle that has garnered increasing public interest over the past few years after a study conducted by Dr. Alessio Fasano revealed that 1 in 133 people had celiac disease.

This increased awareness over the disease, its consequences and its limitations influence the growth of the gluten-free market to cater to the growing population who found out they had celiac disease or some type of gluten sensitivity. Furthermore, the belief that a gluten-free diet can result in greater energy also captured public interest, primarily from athletes such as tennis player Novac Djokovic, who showed an impressive 64–2 record within months of discovering he has a gluten allergy. Similar to the fat-free trend, many people equated “gluten-free” as synonymous with “healthy,” propelling healthy eaters to consume more snacks and foods labeled gluten-free and food companies to continue making more gluten-free products. According to a July 23 Gallup Poll, 21 percent of Americans are making an active attempt to eat gluten-free.

While most people who eat gluten-free do so by choice, people with medical conditions or food sensitivities have to avoid gluten to maintain their health. One such medical condition is celiac disease, an autoimmune disorder that damages the small intestine when gluten is digested. It is estimated that only 1 percent of people in the U.S. are diagnosed with celiac disease. Those with allergies or gluten sensitivity must also cut gluten from their diets.

Because gluten is so common, the transition to eating gluten-free can be difficult, as Stedge found when she had to change her dietary habits after her celiac disease diagnosis.

“A lot of things that used to be my favorite foods I could no longer eat,” she said. “I was upset at first, but over the years I think it got easier to manage, and a lot of places and grocery stores and restaurants … came out with new gluten-free foods, and so I was able to adjust with that.”

Ithaca College has designated gluten-free food stations to accommodate Stedge as well as other students who eat gluten-free. According to data compiled by Udi’s Gluten Free, a popular brand for gluten-free products, the college was also ranked seventh in a list of top gluten-free college campuses in the country in 2013.

Sophomore Nicholas Jones, who has been eating gluten-free for seven years after being diagnosed with celiac disease in seventh grade, said the college’s gluten-free options are sometimes lacking in freshness, making the choices seem less appealing.

“The gluten-free area, it wasn’t the best because most of it was expired here and there or whatever, and some of it was stuff that would sit there forever because no one wanted it,” he said.

J.J. Molina, executive chef for the college’s Dining Services, said Dining Services is looking to eventually add the new My Zone food station, catering to students with food allergies and sensitivities and currently located in the Campus Center, to Towers Dining Hall, and he recommends students following a gluten-free diet talk to dining hall personnel about the different options offered to them.

“A lot of what would make it easier is just if they identify themselves, approach a manager [or] a supervisor and say, ‘Hey, I need a gluten-free diet,’” he said.

Though many people eat gluten-free as a fad diet, many dietitians have debunked the supposed health benefits of eating gluten-free. Cutting out whole-grain foods robs the body of important nutrients such as fiber, B vitamins and iron, according to WebMD. As a person who must go gluten-free, Jones said he does not recommend taking on the lifestyle voluntarily.

“I don’t see the point because by being gluten-free, you lose carbs entirely, like you don’t get your energy that you really need and get fatigued, this and that,” he said. “I wouldn’t say it’s necessarily better for you.”

Stedge also said she doesn’t recommend eating gluten-free, one reason being that many gluten-free products tend to have more carbs and calories.

“I kept gaining a lot more weight from eating them,” she said. “A lot of people tend to go gluten-free because they want to lose weight, and personally I think there are better options than doing that.”

Another negative aspect to the gluten-free fad is the way it may diminish the needs of those with gluten-restrictive medical conditions. Because many people are gluten-free by choice, they do not have to suffer the side effects if they consume small amounts of gluten accidentally, which can happen if a restaurant cooks gluten-free dishes in the same pots as dishes containing gluten or if meats such as chicken are injected with gluten without the chef knowing it. Jones said these careless practices may not affect people who choose to go gluten-free but will have serious effects on those with medical conditions.

“[Restaurants] are just used to so many people just doing it for the heck of it, and it doesn’t really matter to them,” Jones said.

While it can be difficult to separate those at risk because of a medical condition from those who are not, Molina said Dining Services has specific practices in place to ensure gluten-free foods are not contaminated during their preparation.

“We have to handle it either a certain time of day when we haven’t been handling anything that contains gluten,” he said. “A lot of times that’s done first thing in the morning … There’s a long list of parameters that we have to fall into and so many hours after we’ve handled gluten-containing items before we can go back and make gluten-free things.”

Nonetheless, for some people who must abstain from gluten for health reasons, the rise of the gluten-free fad has been more helpful than hurtful. Now a $9 billion industry, according to Food Business News, more restaurants and food manufacturers are providing them with more options in the form of different gluten-free foods and snacks.

Sophomore Katy Trosch, who has been eating gluten-free due to medical reasons for two years, said the increased awareness has helped her expand her dietary options.

“Even in the past two years that I’ve known that I can’t eat gluten, restaurants that I would go to have started coming out with gluten-free menus, and they’ll have gluten-free bread and pasta, and I appreciate that a lot,” she said.

Stedge has been gluten-free for eight years and has found it easier to manage as the years progressed. Despite the challenges of being gluten-free, Stedge said it helps knowing more people are going through the same experience as her.

“It can be a little bit hindering because I never want to feel like I’m being needy by asking for too much … and I don’t want people to have to like go head over heels for me and stuff like that,” she said. “It can be challenging and struggling some days, but I think it’s definitely for the better.”