HiFashion Studios makes a return to the runway 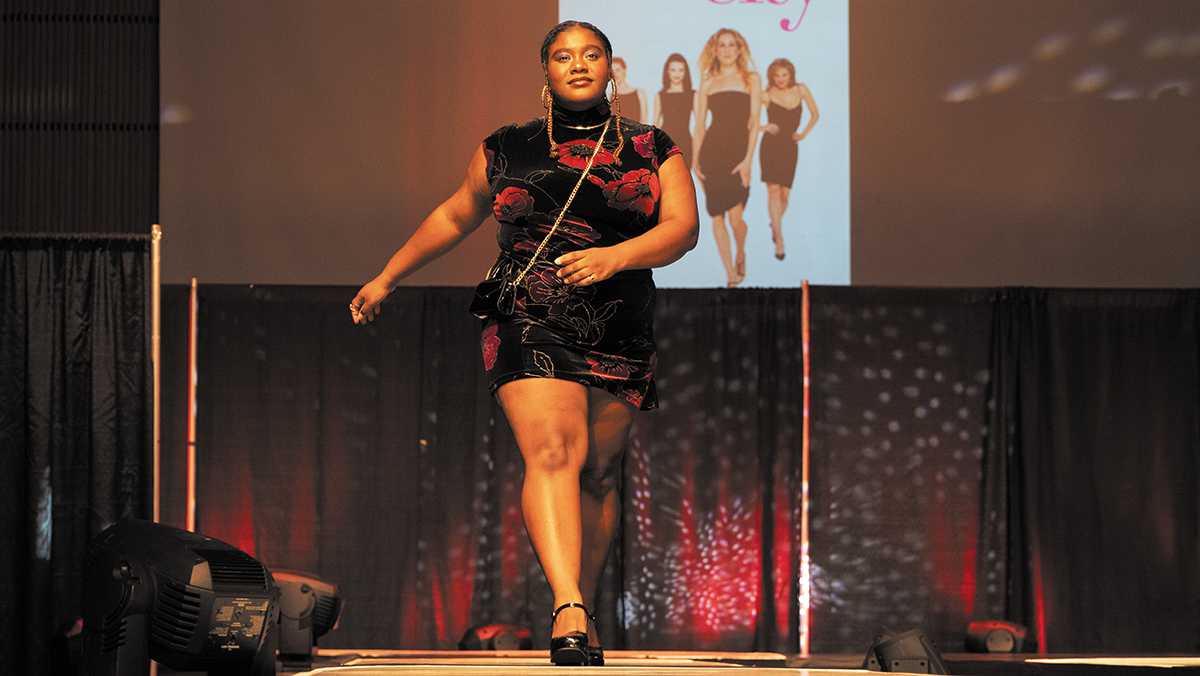 All eyes are on center stage as the lights dim in Ithaca College’s Emerson Suites and the first pair of models walk out in confidence for the HiFashion Studios’ runway show. The theme song from “The Nanny” blares through DJ Washburn’s speakers as the crowd erupts in cheers.

HiFashion Studios (HFS) hosted its first fashion show in over three years due to the COVID-19 pandemic April 28 in the Emerson Suites. Titled “The Network,” the runway brought together looks inspired by four different TV shows: “The Nanny,” “Sex and the City,” “Saved by the Bell” and “Euphoria.” Each show was chosen for its impact on fashion throughout the decades.

HFS is a student organization that simulates the professional and demanding environment of the fashion industry. The organization is split up into different departments: creative, photo, video, events, wardrobe, design, social media, hair and makeup; all of them come together to work on photoshoots and one themed runway show each semester. “The Network” was the organization’s first runway show since the start of the COVID-19 pandemic.

For each theme, 21 models walked the runway wearing outfits inspired by each show. From the casual but stylish schoolwear of “Saved by the Bell” to the glitz and glamor of “Euphoria,” each look embodied the aesthetics of their respective show — mixing bold fur jackets with pastels and denim.

Chris Washburn ’08, better known by his stage name DJ Washburn, spun the familiar theme songs of the shows, along with remixes of popular songs, like “God is a Woman” by Ariana Grande and “Wrecking Ball” by Miley Cyrus, to engage the crowd.

For senior Sydney Scheck, president of HFS, she said the experience of putting on her first show was both nerve-wracking and exciting. Scheck joined the club her freshman year, where she started out on the makeup team — gradually working her way up to her current position.

“It literally felt like I was on a rollercoaster because I was so overwhelmed with so many emotions,” Scheck said. “So it was really special to [see] our last show and to see [the crew] do it … I’m just really proud of them for pulling it off and doing everything they needed to do.”

Between coordinating photoshoots and planning a show, Scheck said managing HFS can get complicated at times. However, Scheck said she is thankful for the team at HFS that helped make the show a success.

“You kind of have to do everything all at once,” Scheck said. “That’s why the team effort is so important because we literally couldn’t do any of it without them or else we’d be drowning in all of this work that gets put in.”

Senior Chelsea Deegan, vice president of HFS, also said that while the work was tough, seeing the finished product come together made it all worth it.

“Making sure that we had all our models in one place at one time, ready to focus and go [was stressful],” Deegan said. “But then once they all came together and everybody had their focus, it was beautiful watching them all come together.”

Senior Ash Schimkus was one of the models in the event — modeling looks from “The Nanny” and “Saved by the Bell.” For Schimkus, the experience of walking the runway for the first time was unlike anything else.

“I wasn’t expecting the crowd to be as responsive,” Schimkus said. “It was a really great surprise. … I didn’t really think about it because I was just too nervous that I [was only] thinking about walking. It actually made it a lot easier to have such a big reaction from the crowd.”

For Schimkus, who joined HFS this semester, the experience of rehearsing for the show was rewarding. They said that while the high-paced rehearsal was intense at times, it was always a positive environment where the most important thing was to have fun.

“It was extremely liberating to be able to experience that and be joyful,” Schimkus said. “I think it was just … the last step of me adjusting to this transition that I’ve been through. And I’m very thankful they sent me in, even though I was nervous about walking. Having that [experience] was actually something that I needed, in a way.”

Senior Cayla Perini said she found out about “The Network” through a friend and decided to attend the event. She said she was excited to see the different outfits and was looking forward to seeing more events from HiFashion.

“I just like fashion and thought this would be fun,” Perini said.

Many audience members said “The Network” was a huge success, leaving them wanting more events from HFS. Senior Emily Leszyk, who came out to support a friend, said she was impressed by all the models.

“It was really well organized,” Leszyk said. “You can tell how much work, effort and time went into it.”