HiFashion Studios will be ‘Sporting Gold’ in upcoming show 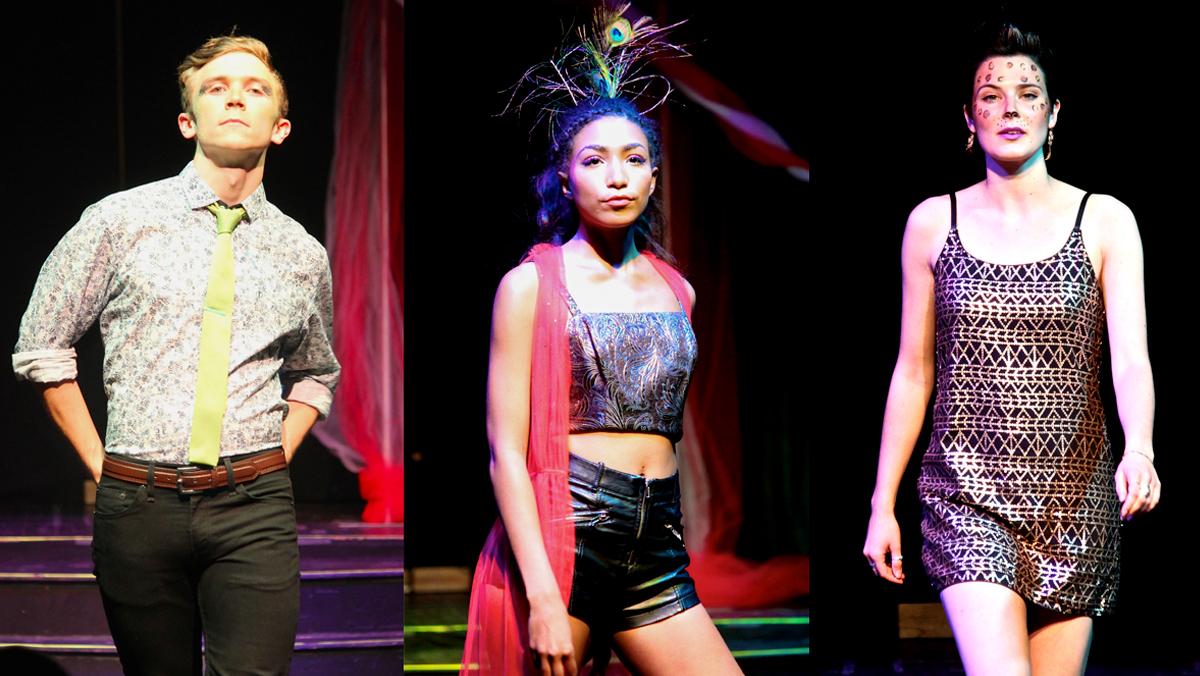 “I was looking through the curtains, and I was like, ‘Wow, this is like [the] Victoria’s Secret Fashion Show.’ It’s so professional,’” she said.

But it was a show run by students from the college’s fashion-centered organization, HiFashion Studios, of which Manderson is co-executive events coordinator.

On Nov. 17, HiFashion Studios will present another biannual fashion show in Emerson Suites, this time with an athletic wear theme.

Founded in 2010, HiFashion is a club devoted to fashion trends and replicating the environment of the fashion industry. Each semester, the club hosts a runway show with a different theme.

Past fashion show themes include a circus theme, a ‘timeless’ theme to present fashion throughout the decades and a pop art theme that implemented different patterns and colors. For this year’s fall show theme, “Sporting Gold,” models will show off athletic clothing along with sport-themed props.

“We wanted to kind of incorporate the trends that were surrounding the Olympic games but also combine it with the athleisure trend that’s really sparking the fashion industry right now,” said senior Shey Aponte, HiFashion’s president.

Senior Andrea Wollin, HiFashion’s creative executive, said with “Sporting Gold,” the group intends to promote living a healthy lifestyle and that the club chose its models based on how much energy and confidence they had.

“It didn’t matter their shape or anything,” Wollin said. “We just want to promote positive body image and … a healthy lifestyle, and that kind of goes with the theme of the show.”

Andrea Santiago-Boyd, a model for HiFashion, said the models undergo an audition process where they perform various walks, such as a straight walk, a personality walk and a partner walk.

“I would say it’s pretty professional for being a student-run fashion show,” she said.

Santiago-Boyd said the theme of this year’s show is different from past years’ themes.

“It’s going to be a more focused runway type of show, but I think this one is going to be a lot more fun because it’s all about sports and embracing that type of feel of being an Olympic gold medalist,” she said.

This year, HiFashion also began doing test shots with groups of models that were auditioning to see how they pose for photos. After the auditions, the executive board narrowed the group down to about 50 models.

Senior Leksey Maltzman, HiFashion’s wardrobe executive, said HiFashion members research clothing ideas on Pinterest and read fashion magazines to pinpoint the focus of the trends they will be showcasing.

The wardrobe team is responsible for getting vendors outside of the college and for putting outfits together for the show. In exchange for the clothing, HiFashion promotes the stores.

Among the trends that will be modeled on the runway will be clothing from well-known retail stores, such as Ann Taylor, LOFT, Rue 21, Claire’s and Francesca’s.

“I like styling my friends and myself,” Maltzman said. “It’s just a fun way to use that, but also learn a little bit about the way the fashion industry works and the way fashion shows are put together and how stressful it can be, but also how fun and rewarding it is.”

Ithaca College’s Public Relations Student Society of America is collaborating with HiFashion to promote the show. PRSSA’s social media team wrote a press release for HiFashion and will be implementing its own social media campaign called “Who is HiFashion?”

“This is the first time that we’ve collaborated with them,” Aponte said. “They’ve been awesome.”

Along with the two fashion shows, HiFashion has four main photo shoots each semester that are all based on the show’s theme. The photo shoots are used as promotional material for the show and allow Maltzman to observe her stylists in action. This way, she can create teams of stylists for the show.

“When I remember my first year going [to the show] — it was so much bigger than I imagined,” Wollin said. “So much planning is involved and it’s very professional … it’s very similar to what you would actually see if you were going to a fashion week.”

The doors will open at 7 p.m., and the fashion show will begin at 8 p.m. Admission is free.