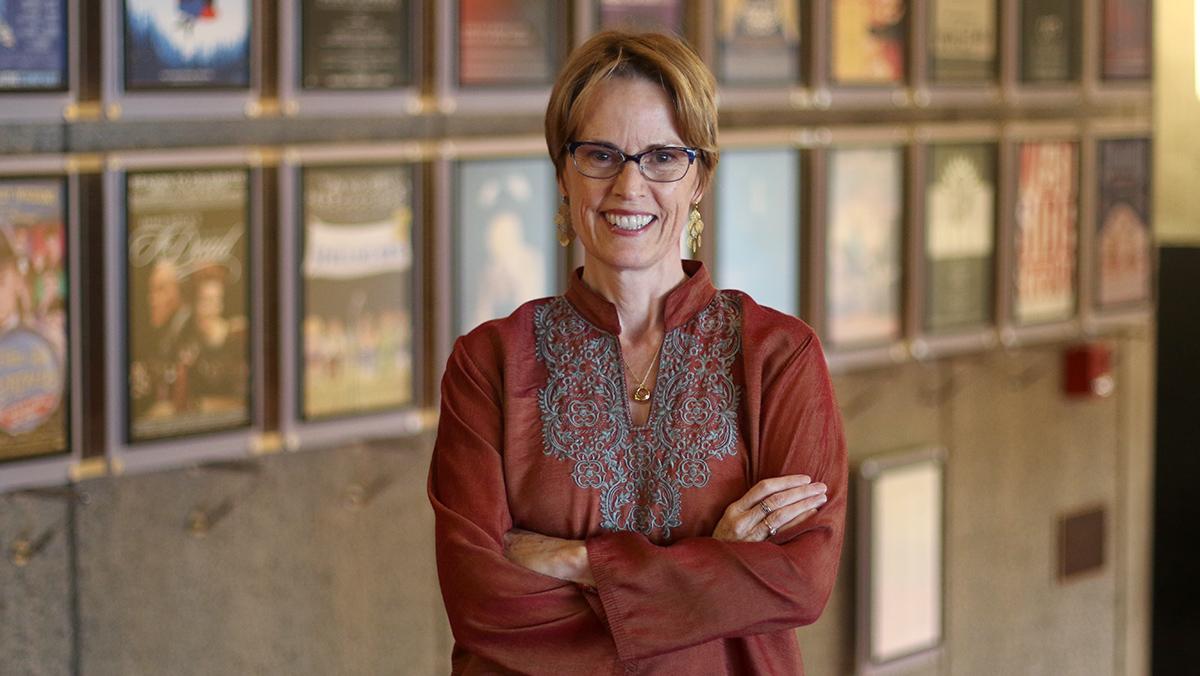 Kathleen Mulligan, associate professor of voice and speech at Ithaca College, first traveled to Islamabad, Pakistan, in 2015 to write and produce her first play. Now, Mulligan has plans to return to Pakistan in 2017 to create a second play with a Pakistani theater group aided by a large grant from the U.S. Embassy of Islamabad.

The $327,000 public affairs grant from the U.S. Embassy of Islamabad funds the production of her second play, tentatively titled “On Common Ground,” which will focus on how violence affects public spaces and communities. Mulligan said the plot is still undecided, however, and she will be working in the next few months to write a script.

Mulligan said she and her husband, David Studwell, an actor and director, have visited Islamabad numerous times in the Fulbright Specialist Program, which enables U.S. faculty and professionals to collaborate with their counterparts overseas.

The goal of Mulligan’s first trip in 2015, underwritten by the U.S. Embassy of Islamabad, was to produce a play with Theatre Wallay, a volunteer-based theater company located in Islamabad. Alongside Fizza Hasan, the artistic director and co-founder of Theatre Wallay, Mulligan and Studwell produced “Dagh Dagh Ujala: Voices of a Stained Dawn,” which is about the effects of the Indian and Pakistani partition.

In 1947, after 300 years of presence in India, the British government abdicated power and left the subcontinent. The result was the Partition of India: the division of the subcontinent into Muslim-majority Pakistan and Hindu-majority India. More than 1 million people died, and 15 million were displaced. Mulligan said Studwell, Hasan and she took it upon themselves to preserve the memories of this historical event before that generation takes its memories to the grave.

In 28 days, Mulligan and Studwell, in collaboration with Theatre Wallay, put together a script and a performance. They began by interviewing survivors about their experiences with Partition. Mulligan said the plan was to interview the sources, collect their stories and use the information gathered to create an original performance.

Studwell said this method of interviewing and scriptwriting will be similarly used to create “On Common Ground” in collaboration with Theatre Wallay.

The success of “Voices of Partition” led to Mulligan’s invitation from the Embassy to return to Pakistan and create “On Common Ground.” The topic of the new play, Hasan said, is more crucial and relevant today.

“[Public spaces are] undergoing many changes here in Pakistan and, I think, all over the world because of this new age of terror and violence,” she said.

Hasan said she strives to get people to remain analytical, pushing past the tendency to be indifferent or to avoid confrontation with these adversarial issues.

Linda Alper, an actor and playwright from Oregon, said she will aid in the writing process for the new play. She also contributed to the application for the U.S. Embassy of Islamabad grant and is associated with two theaters in Oregon: the Oregon Shakespeare Festival and Artists Repertory Theatre, where she is now a resident artist.

Studwell will begin his basic acting workshops in Pakistan, and rehearsals will take place in March. He said that in the summer of 2017, 12 members from Theatre Wallay will arrive in Oregon to participate in more workshops, along with two students from the college. Studwell said the students will be involved in documenting the project while they are in Oregon for performances, lectures and classes. The play’s first performance in Oregon will be in July 2017.

Hasan said there is still a lot of work to be done within the next few months.

“One of the biggest challenges is that the topic is still fairly vague,” Hasan said. “We haven’t yet set any limits … [but] I have great faith in people’s ability to sit down together and produce creative work.”

Alper said she wants to address the perceived differences between the Pakistani and American people and dissolve the barriers that prevent them from noticing their similarities.

She said that when people work together in a team, it opens up an opportunity for the individuals to get to know each other on a deeper level.

“It’s really about personalizing ‘the Other,’” Alper said. “It’s about breaking down Islamophobia. … A lot of times fear comes from not knowing.”

Mulligan said many audience members told her that “Voices of Partition” had a major impact on their thought processes. She said she hopes this new play will have the same influence.

“Their perception of that part of the world was changed because of a piece of theater,” Mulligan said. “That’s the most important goal for me.”