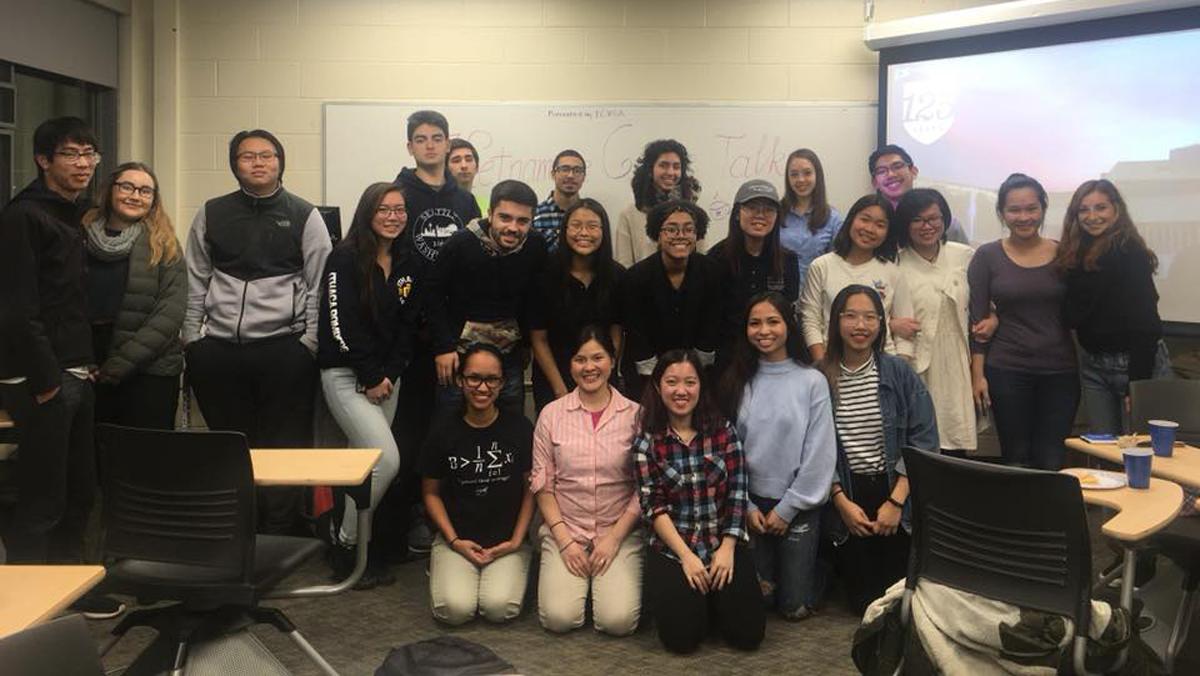 “What we want to do is be a community of people interested in Vietnamese culture and traditions and want to learn more about other cultures in the world,” senior Tra Nguyen, the club’s vice president of event planning, said.

Kim, ICVSA’s co-president, said that she wants members to learn about Vietnamese culture collaboratively by sharing their own experiences and backgrounds.

“We are all still learning about our culture because there’s so many aspects of it, and there’s so many regional differences that we cannot cover in our own knowledge,” she said. “We are learning ourselves, and we want to be learning with other people as well.”

Nguyen said that she and Tran were also motivated by a desire to leave their mark on the student body after they graduate in the spring. After they leave the school, she said that she hopes other members will continue to create new events and leave a lasting legacy. The seniors also hope to foster diversity within the club. ICVSA is open to students of all ethnic backgrounds.

“It’s kind of a way we can pass it along to the next people, even if they’re not Vietnamese, if they’re interested,” she said.

The association’s first event, held Nov. 15 in Friends 203, was a coffee tasting and discussion of Vietnamese culture. The meeting offered Vietnamese snacks like Pocky and rice crackers, and a raffle for a Vietnamese pouch. As traditional music played, attendees played a game of Kahoot that quizzed them on trivia about the country.

After the trivia game, the meeting ended with coffee tasting of coffee from Dunkin Donuts, Gimme Coffee and traditional Vietnamese coffee. There was also a demonstration of how to brew coffee using a traditional Vietnamese coffee press. Vietnam is the second–largest exporter of coffee in the world, and its strong coffee with condensed milk is an iconic street food in the country.

Ruckdeschel said that ICVSA planned a coffee tasting night because the club believed it would draw more students from all ethnic backgrounds. The event was attended by over 20 students from a range of cultures.

“We know that people are obsessed with coffee here because we’re college students,” she said. “The coffee here is very different and not that strong, and we knew that Vietnamese coffee was going to be unique.”

In the future, ICVSA hopes to put on both fun and cultural themed events for the whole campus, including traditional food and games surrounding different holidays.

“Next semester, we want to have at least one big event for the whole campus, like the Lunar New Year,” Kim said. “That’s our goal … to add more diversity when it comes to culture. That’d be one of our biggest events of the year.”

The club also wants to provide opportunities to try traditional food such as pho, a popular noodle soup.

“I really want to introduce people to our food because our food has a lot of flavor and is really healthy and fresh,” Ruckdeschel said. “We are a very family-based community; we have a lot of value on that and being close with each other and sharing food.”

Besides sharing their culture with other students, e-board members also wanted to have a place to remind themselves of Vietnam. Ruckdeschel was adopted from the country, and the other founders are international students.
“There’s also the personal background, as we’re all international and Nga was adopted long ago,” Nguyen said. “It’s bringing back our memories of Vietnam when we’re in the U.S. It’s not only to show other people, but it’s for us to bring that Vietnamese picture along with us.”