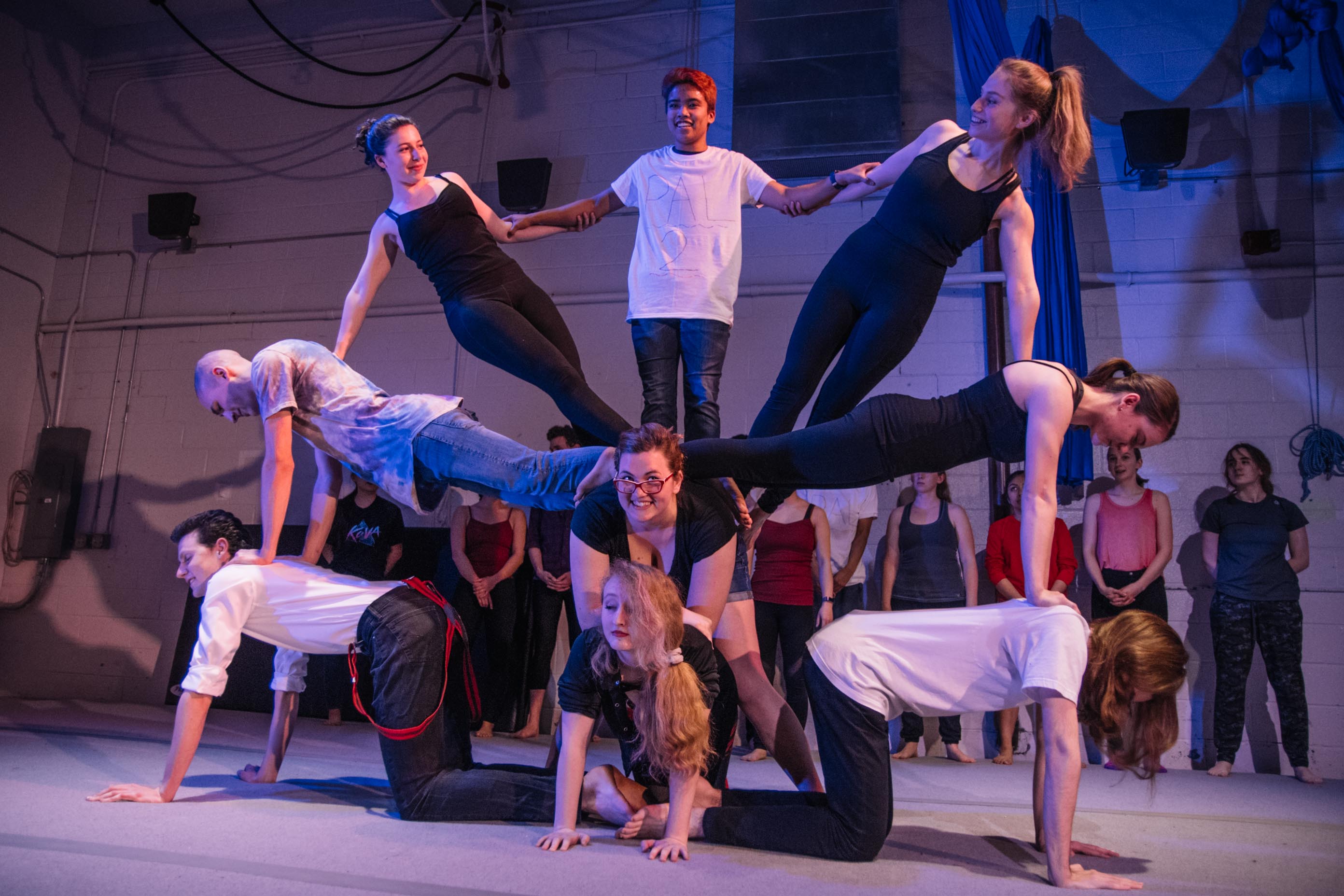 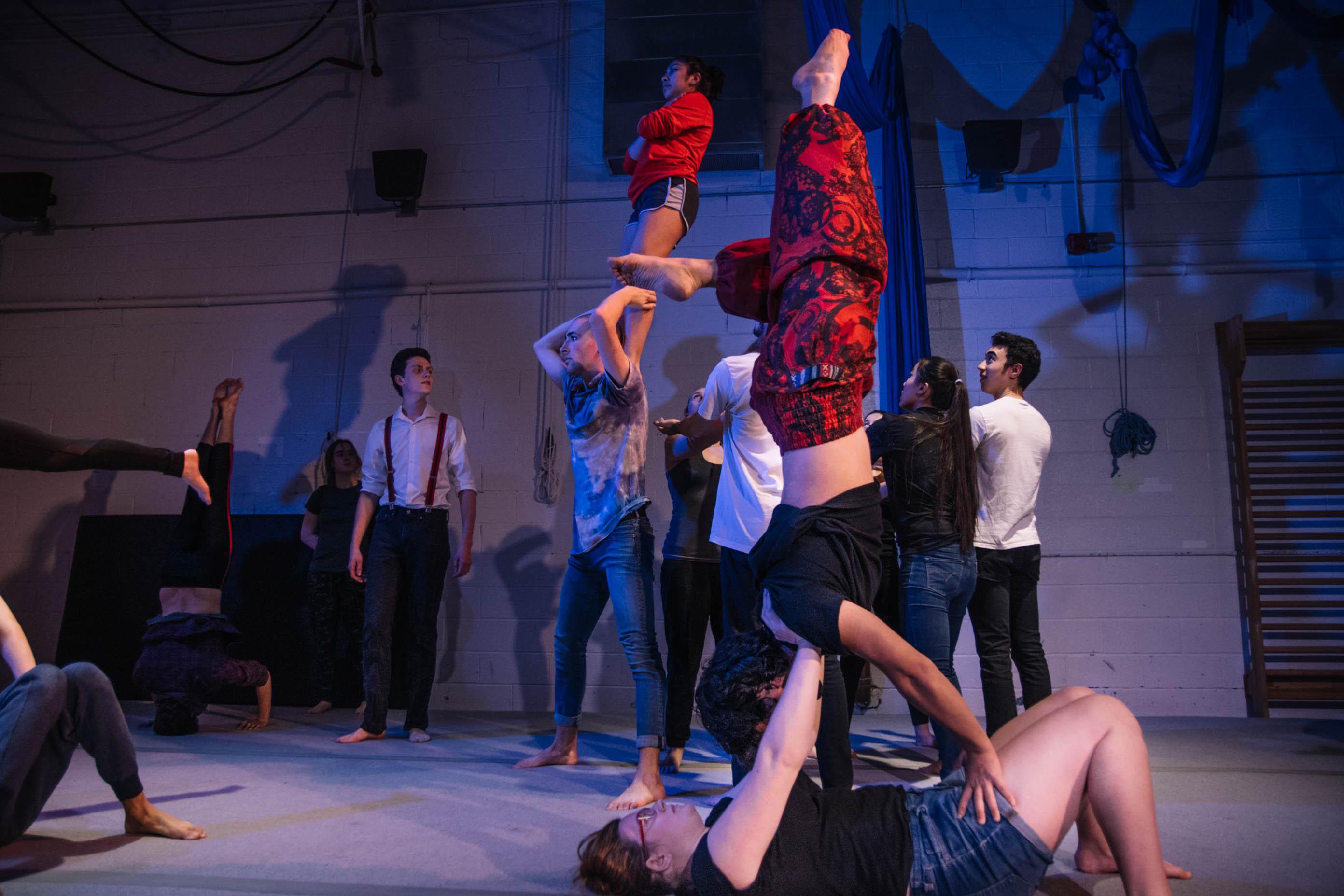 All members participated in the group acrobatics number, which narrated the murder of high-flying freshman Mia Camhi, pictured in red. Kristen Harrison/The Ithacan 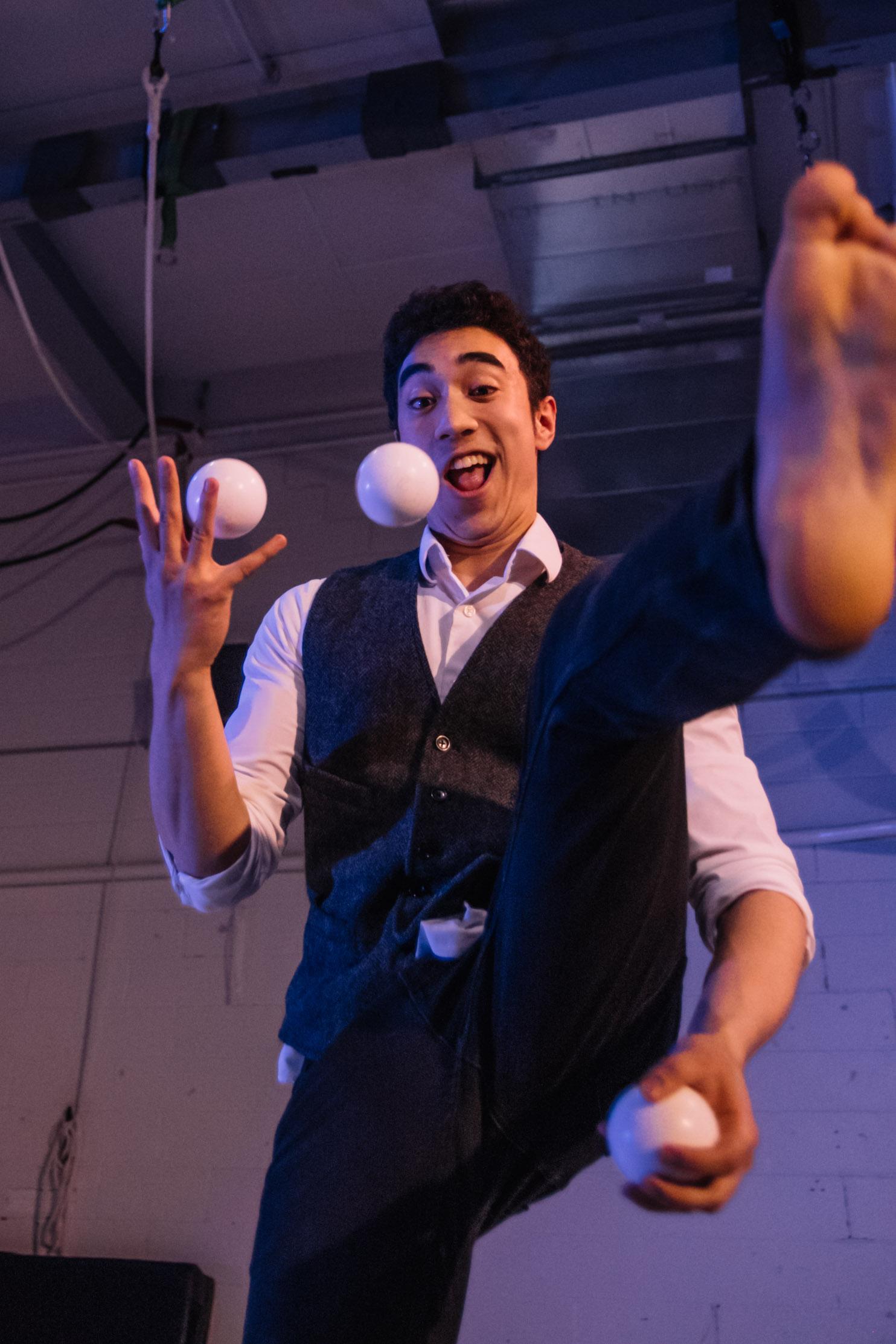 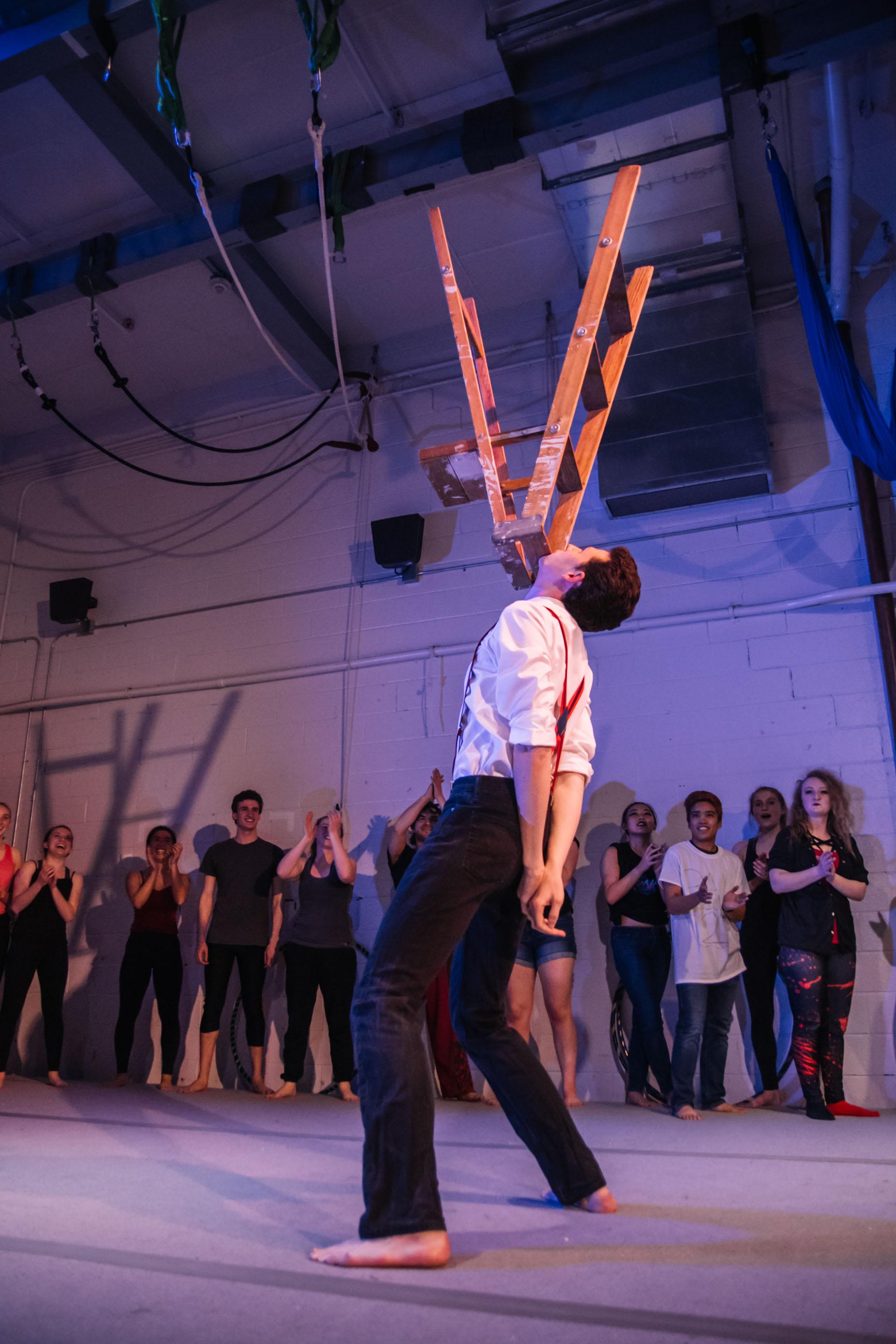 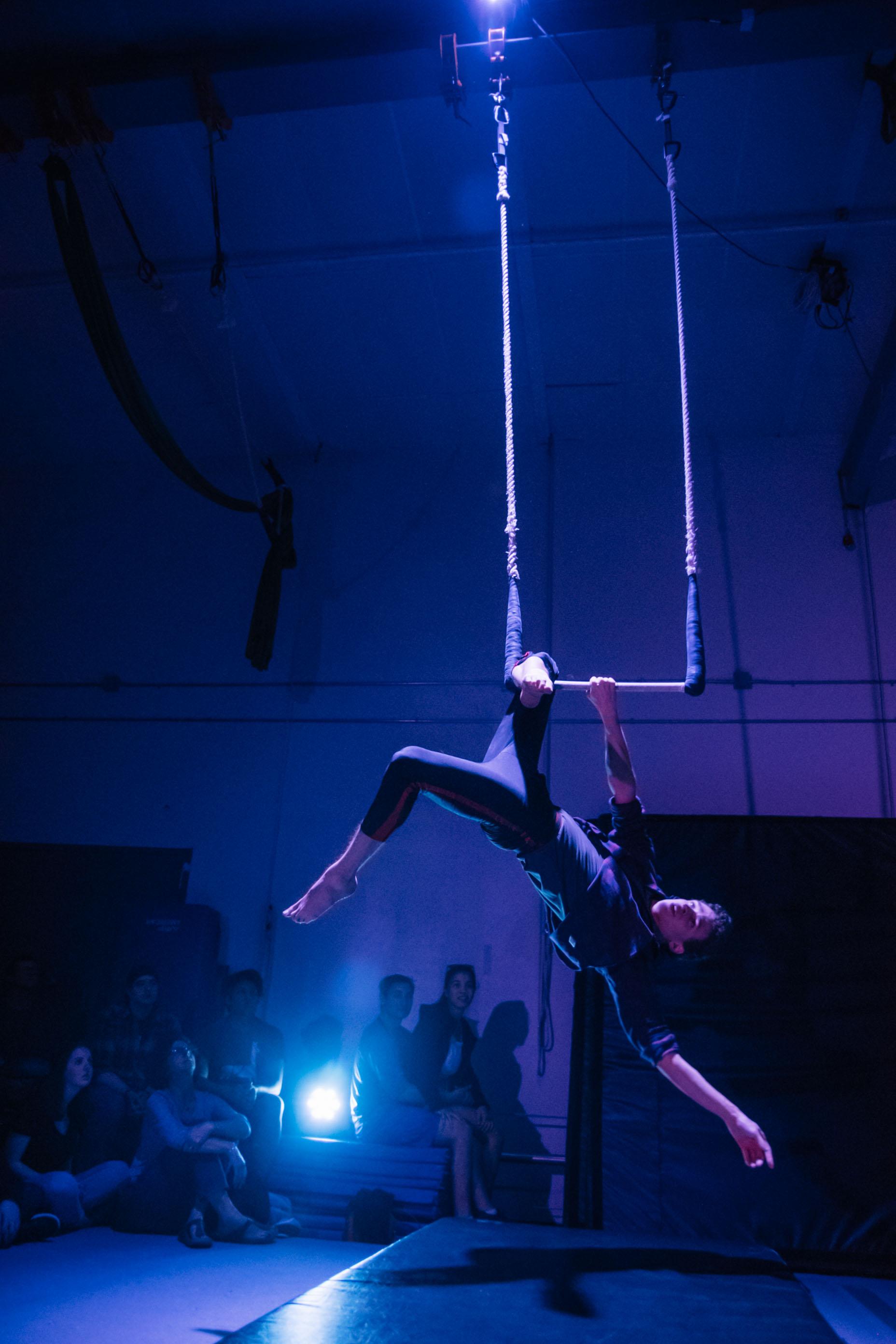 Senior Ben Fleischer performs on trapeze, one of the two acts that can only be practiced at Circus Culture rather than the Ithaca College Fitness Center, which does not have an aerial apparatus. Spectators filled all parts of the room to watch the show. Kristen Harrison/The Ithacan 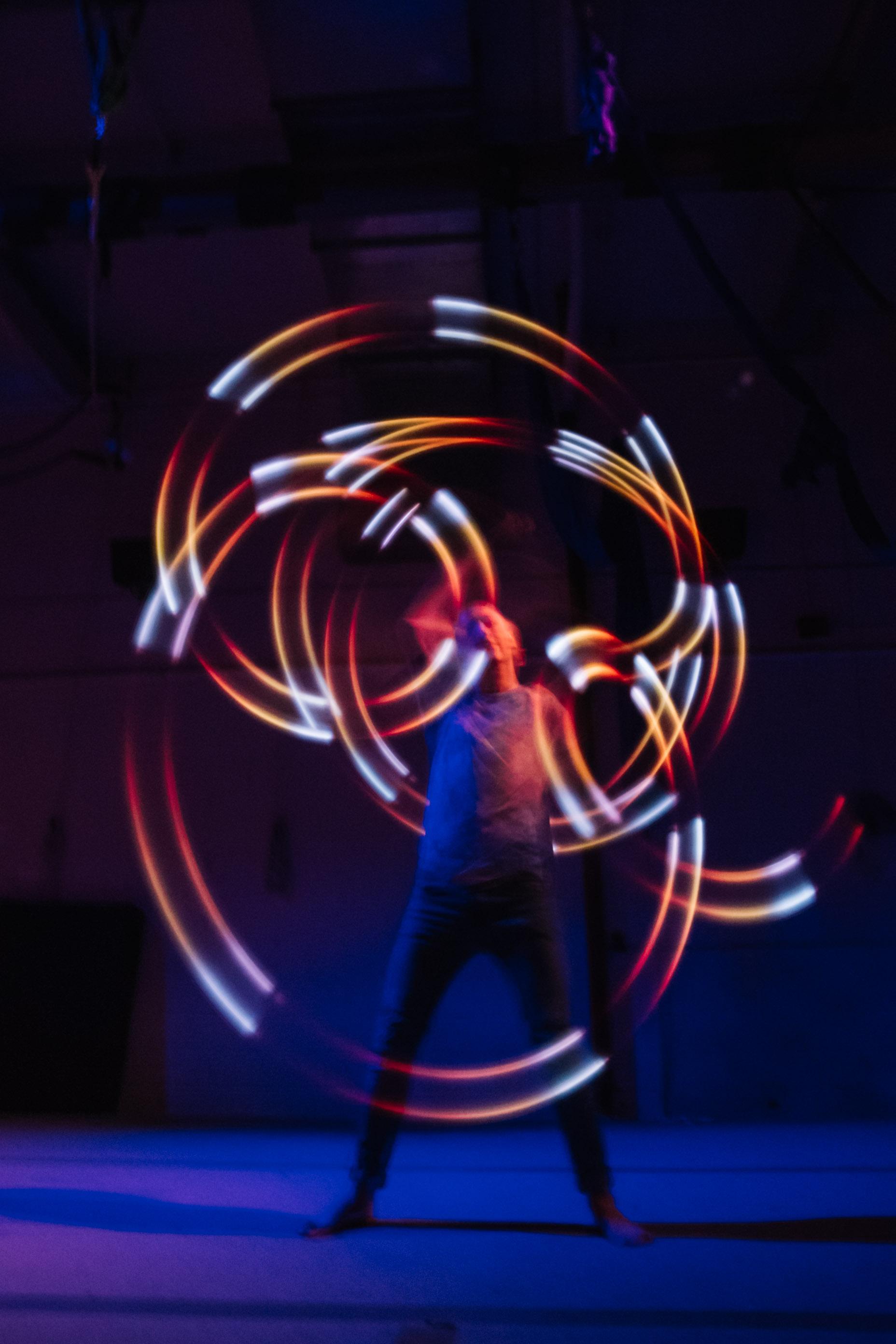 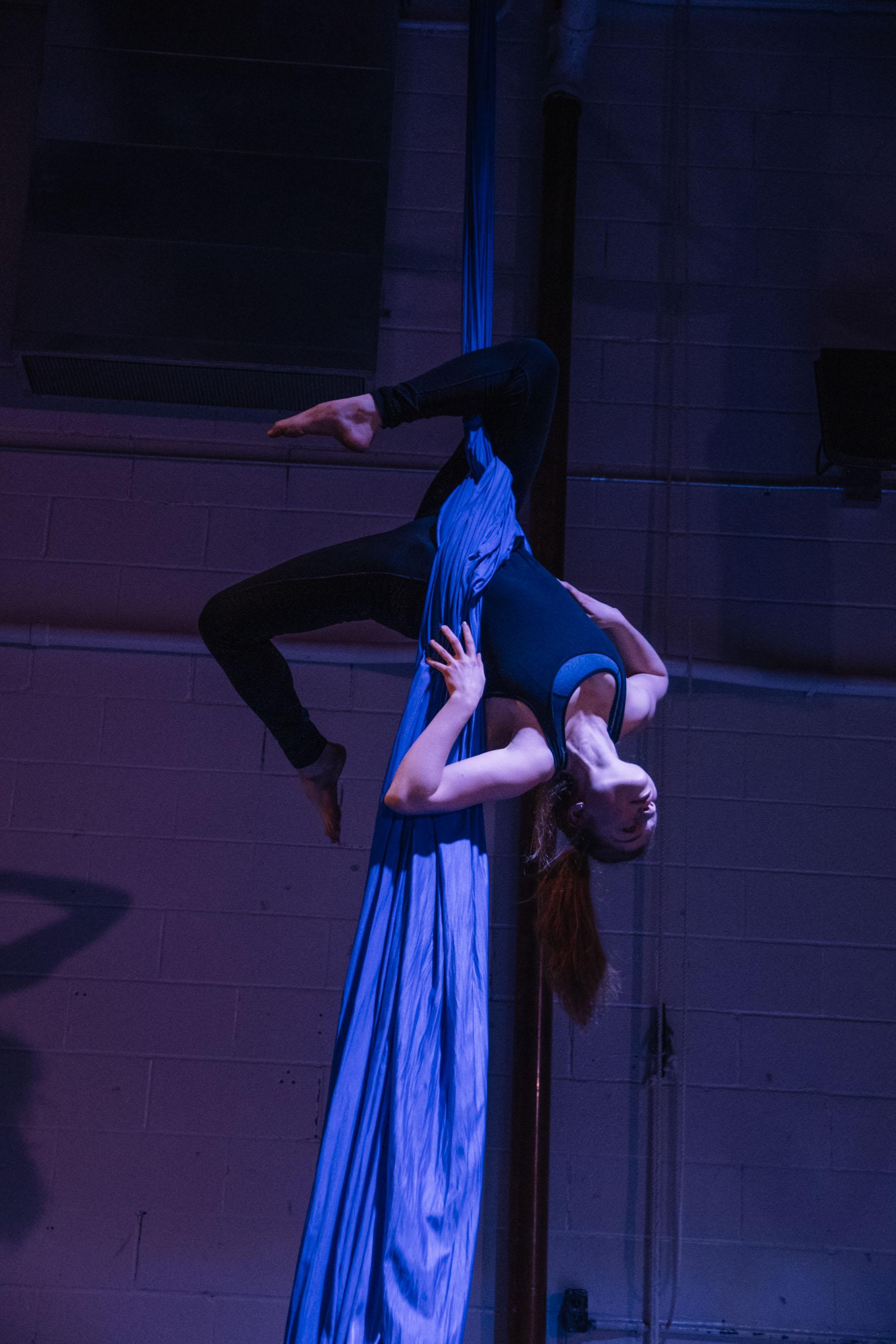 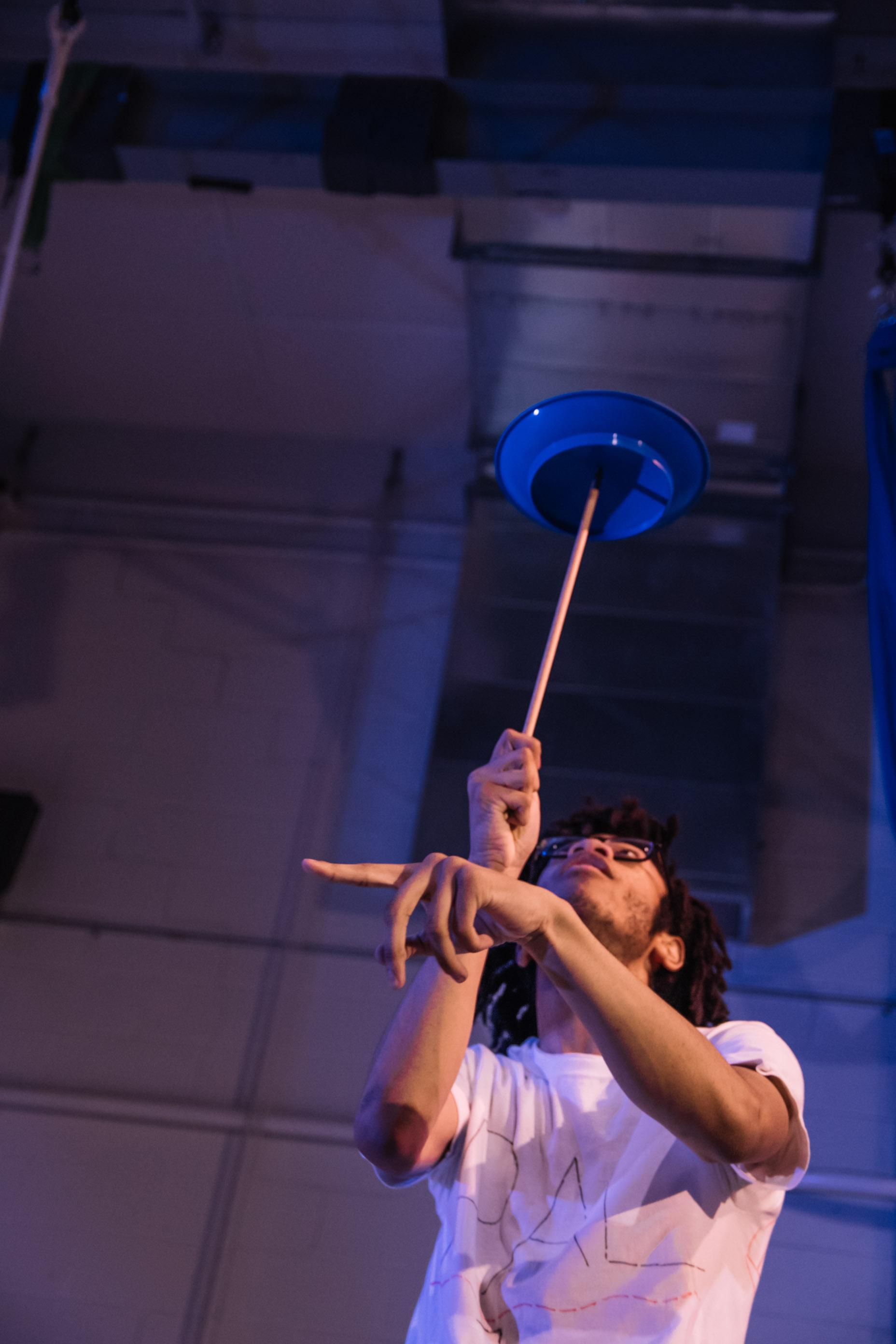 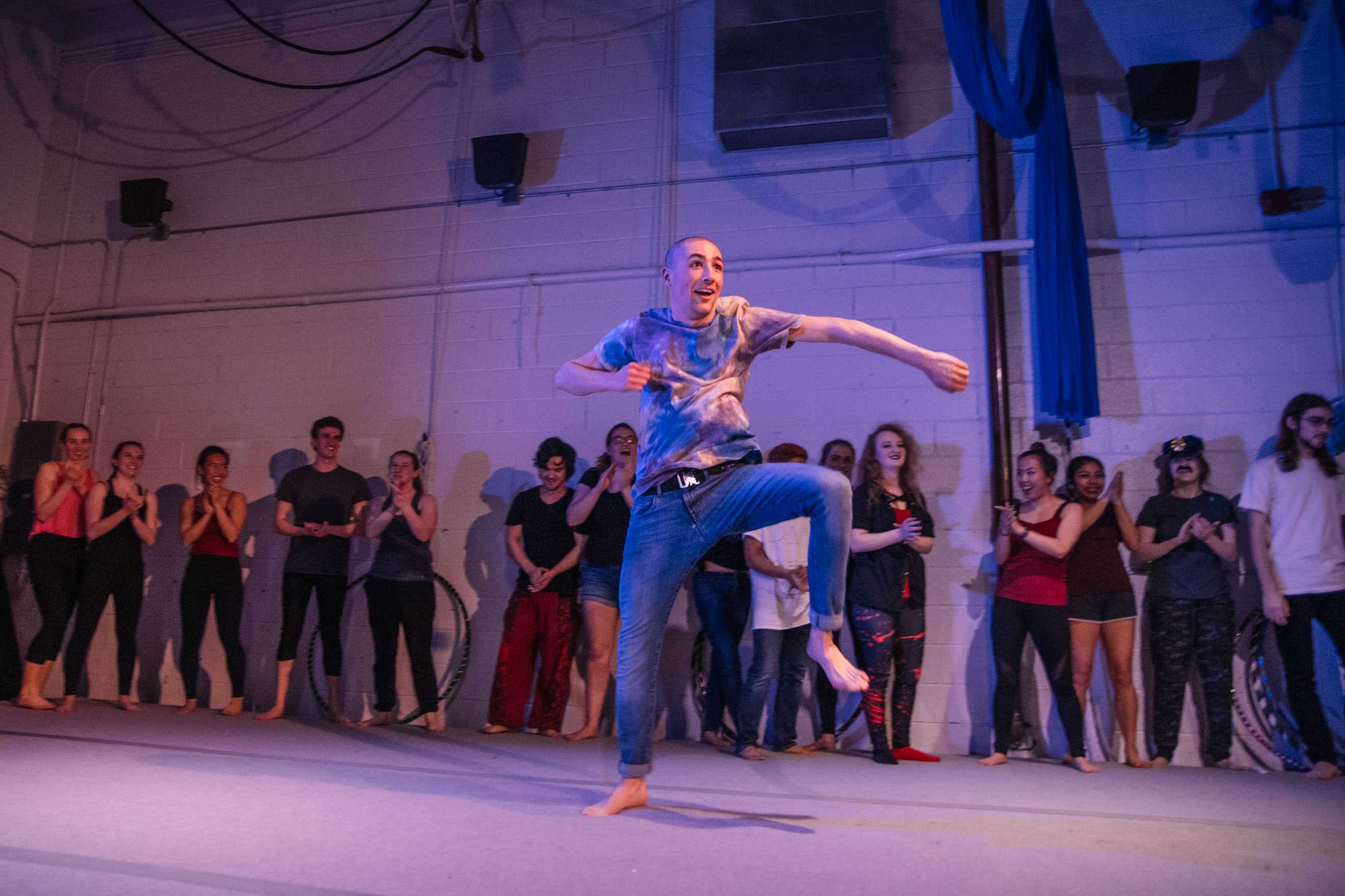 Junior Kit Atanasoff has fun with the group tumbling passes, the final segment of the showcase. Kristen Harrison/The Ithacan 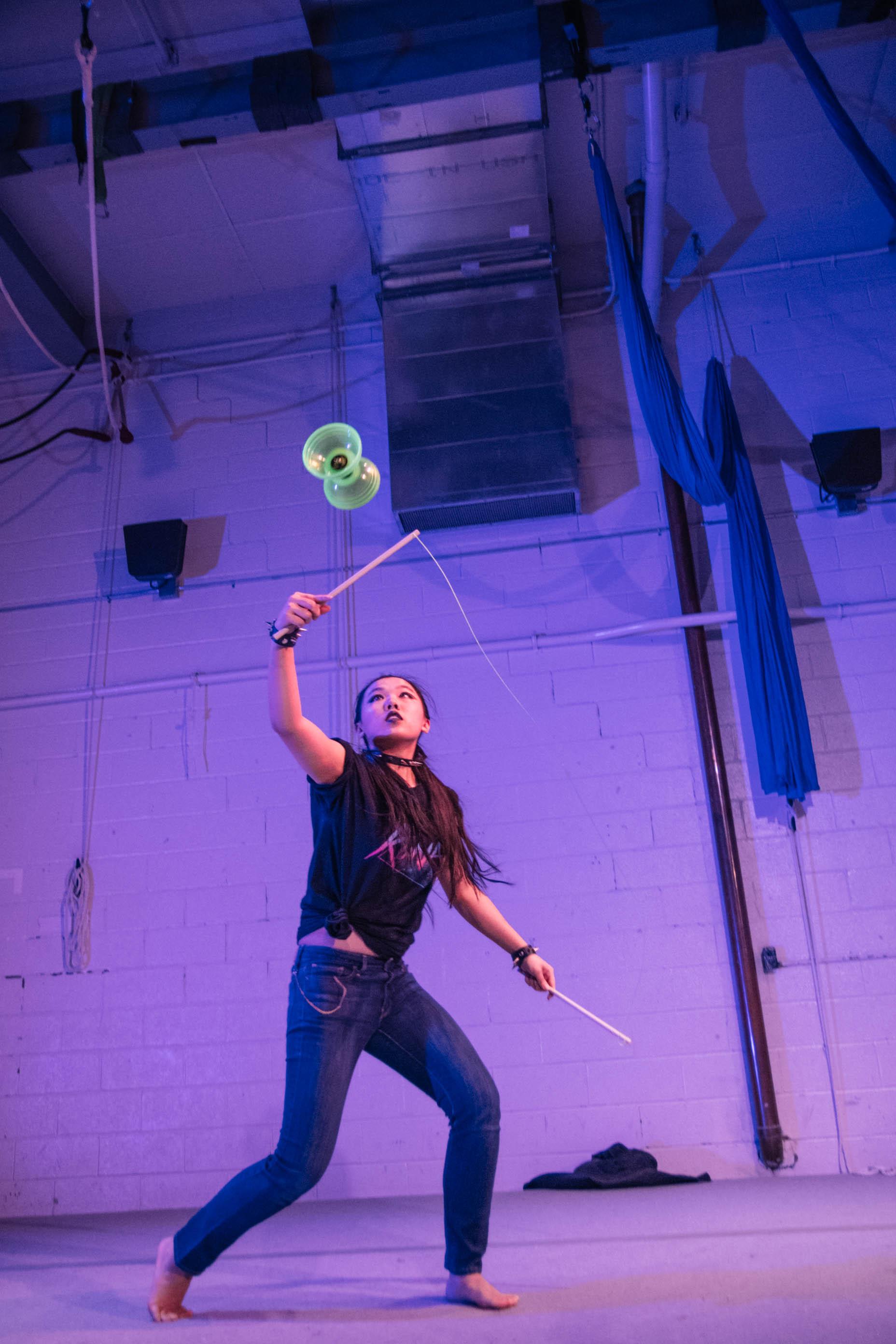 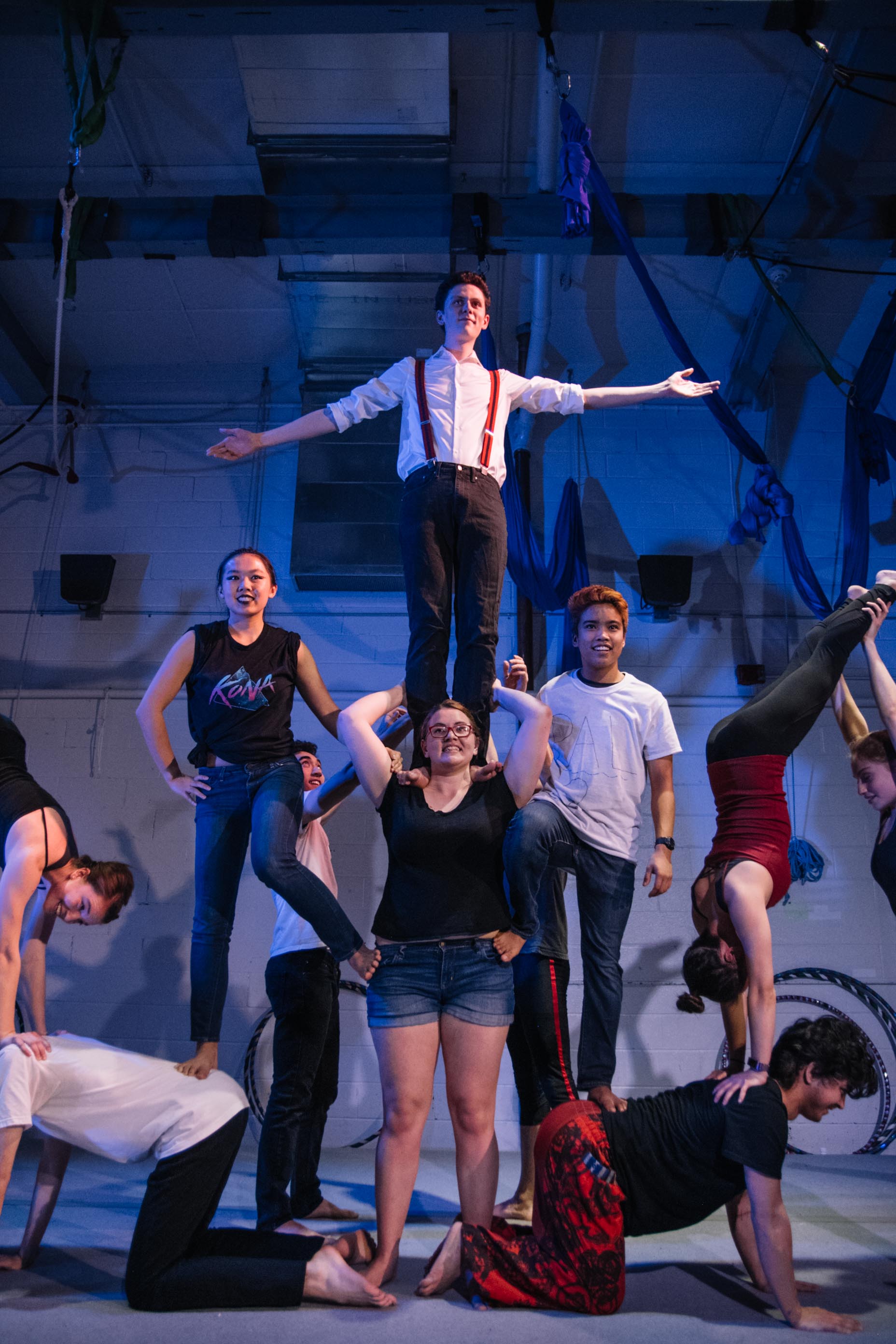 The show concludes with an integral move of the club, wherein the tallest member of the club stands on senior Naomi Hanson’s shoulders. 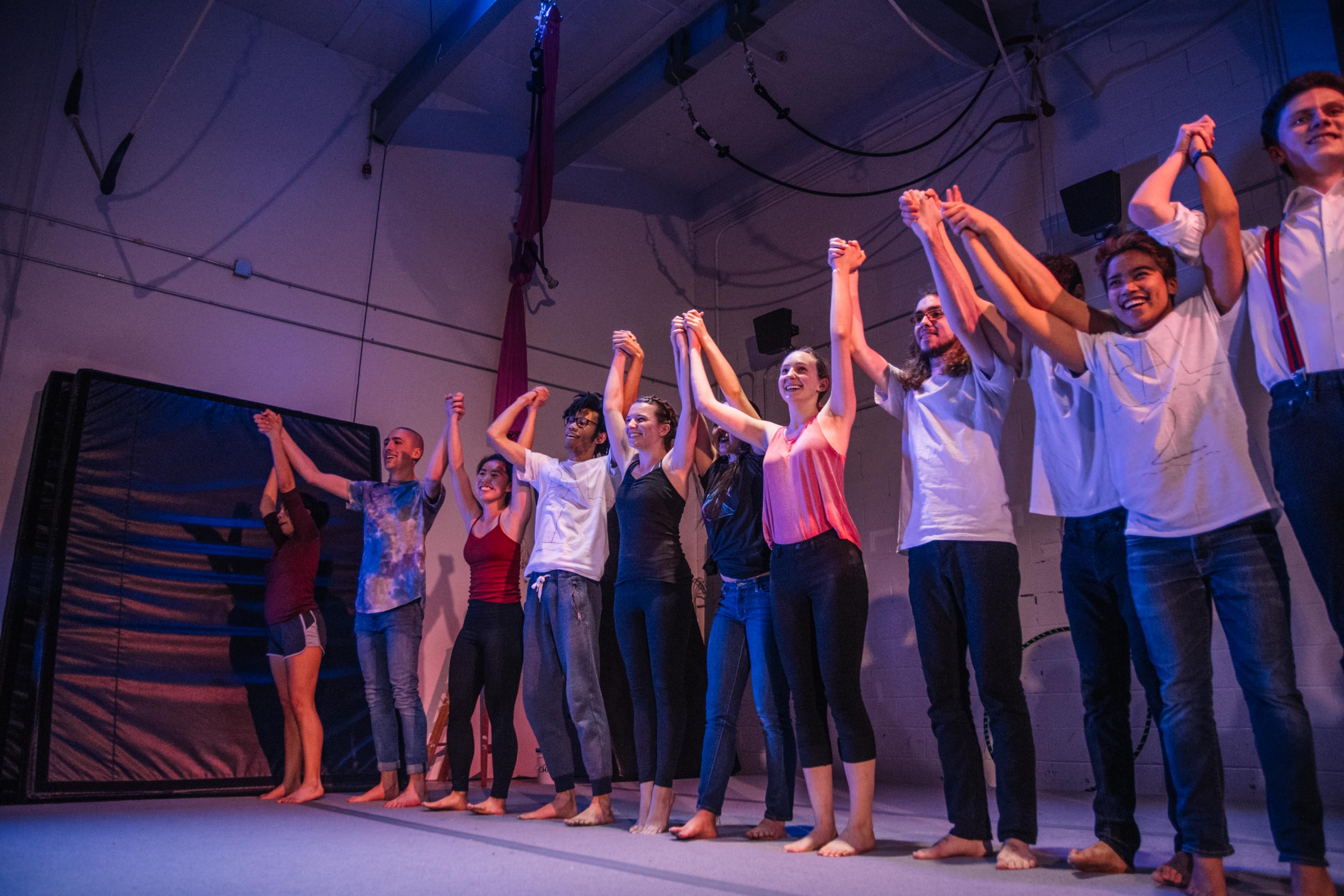 On April 13 at the downtown Ithaca Circus Culture space, a mere designated gray line on a mat separates the audience from the performers where some spectators are inches from a juggling ball, while others are ushered to the upstairs balcony and on the stairs to make standing room. People crowd the space to watch Ithaca College’s circus club, ICircus, perform their murder-mystery end of the year showcase entitled “Murder at the Circus.” After months of practice in the Ithaca College Fitness Center, the club ran the show in the Circus Culture studio for the first time. The student organization offers members the freedom to practice an act of their choice. Some perform acrobatic numbers, while others utilize props such as poi, hoops and diabolo. The energy-packed performance featured 14 short acts tied together to solve the murder case.