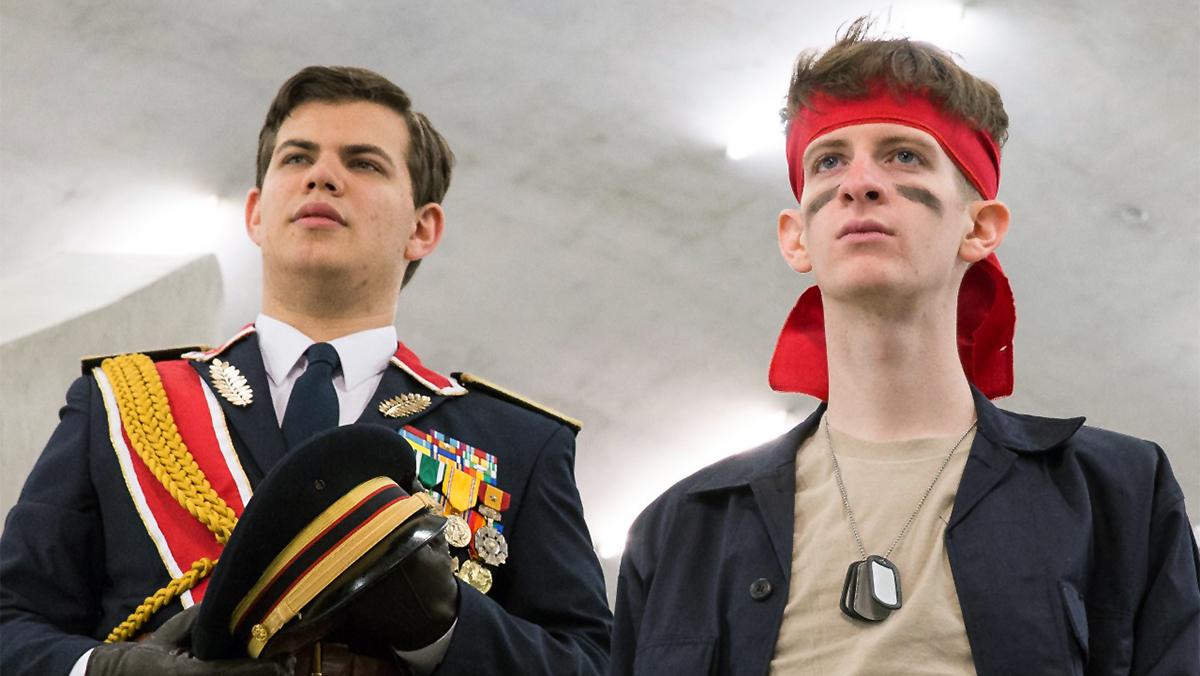 Surrounded by his Roman subjects, Emperor Tito stands solemnly on the stage. A single bar of light shines down on him, making the medallions on his navy uniform glimmer. In Italian, Emperor Tito says, “Vediamo se più costante sia l’altrui perfidia, o la clemenza mia,” which roughly translates to, “We will see what is more constant. The perfidy of others, or my clemency.”

The opera seria, an 18th–century genre of opera characterized by a serious theme, will be performed by the Department of Theatre Arts in conjunction with the School of Music at 8 p.m. Feb. 24 and 28 and March 2 and 4, and at 2 p.m. Feb. 26 in the Hoerner Theatre in the Dillingham Center.

Mozart was commissioned to write “La Clemenza di Tito” to celebrate the 1791 coronation of Roman Emperor Leopold II as King of Bohemia. The opera’s plotline draws similarities from the life of Roman Emperor Titus and his involvement in the restabilization of Rome after the Jewish-Roman war. In the opera, Emperor Tito is threatened with an assassination attempt after his dear friend, Sesto, is seduced by Vitellia, the daughter of the previous emperor, who craves the throne. 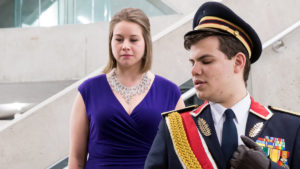 From left, senior Andrea Bickford and sophomore Jacob Kerzner will play the lead roles in “La Clemenza di Tito” on Feb. 24 and 28, and March 2 and 4. Courtesy of Sheryl Sinkow

To change up the opera classic, stage director Jennifer Williams, assistant professor of music performance, said she decided to restage the opera in what she calls an alternative present by modifying the set and chorus. Williams said the set is designed to resemble different sites of rebellion and revolution, mixing historical and contemporary locations. Each member of the chorus, Williams said, is assigned a different place in time and represents a refugee from their homelands.

“The cast is occupying this space in transition,” she said. “[The opera] now speaks to a lot of geographies, cultures and time periods.”

The opera title, which translates to “The Clemency of Titus,” is something Williams said emphasizes the internal conflict Tito battles within the opera.

“The central dramatic question of the opera asks if empathy and compassion is possible in an absolute leader,” Williams said. “This is not only a journey but an uphill battle for Tito throughout the duration of the opera.”

Freshman Fernando Vargas Herrera, the opera’s dramaturge — the person who establishes the relationship between actors and text — said there are numerous parallels between “La Clemenza di Tito” and the current political climate. Like Rome during the opera, the U.S. has faced a massive upheaval — a new regime has taken over from the old, and people are anxious to see what’s next.

“We’re talking about having a new type of government,” Herrera said. “Just like right now, we have Trump. … He’s going to change the way government’s going to work. So at this time … Tito comes in with new ideas. They’re going to make the government over there … work better.”

Zemliauskas oversees the orchestra and singers of the major musical productions in the fall and the spring. While the entire performance will be done in Italian, English supertitles will be rolling above the stage during the performance. Zemliauskas said the combination of Italian lyrics and complex arias, or expressive melodies, makes the opera challenging to budding singers.

“There’s sort of three main characters who each have several big arias in the piece,” Zemliauskas said. “So that presents some difficulty in terms of stamina and for a young singer especially. … Mostly it’s undergrads, so for them to tackle role of this size is quite a challenge, but I think it’s important that opera singers, especially at school, get an opportunity to tackle a big role like that.”

Williams said she hopes audiences will form their own connections between the current political climate and the ones within the opera. She said the audience talkback, a session where audience members ask questions after the final performance Feb. 26, will prompt audience members to think deeply about politics and culture.

“I want to create an environment of inquiry and discussion,” she said. “So I’m looking forward to the talkback … and to questions they’d like to ask me and the design team as well.”

In general, Williams said, performances and the arts should allow audience members to ask questions. The themes in the opera run far beyond power and strength — Williams said “La Clemenza di Tito” prompts the audience with philosophical questions about change, revenge and compassion.

“To my mind, what performance is about is the encounter of the possible and the impossible,” Williams said. “That encounter allows us to challenge what our reality could be like. That act of imagination, that act of inquiry, is a public service because that’s the seed of any social change.”

Tickets for the opera can be purchased at the Dillingham Center Box Office or online at http://ithaca.ticketforce.com. Prices range from $8 to $16.