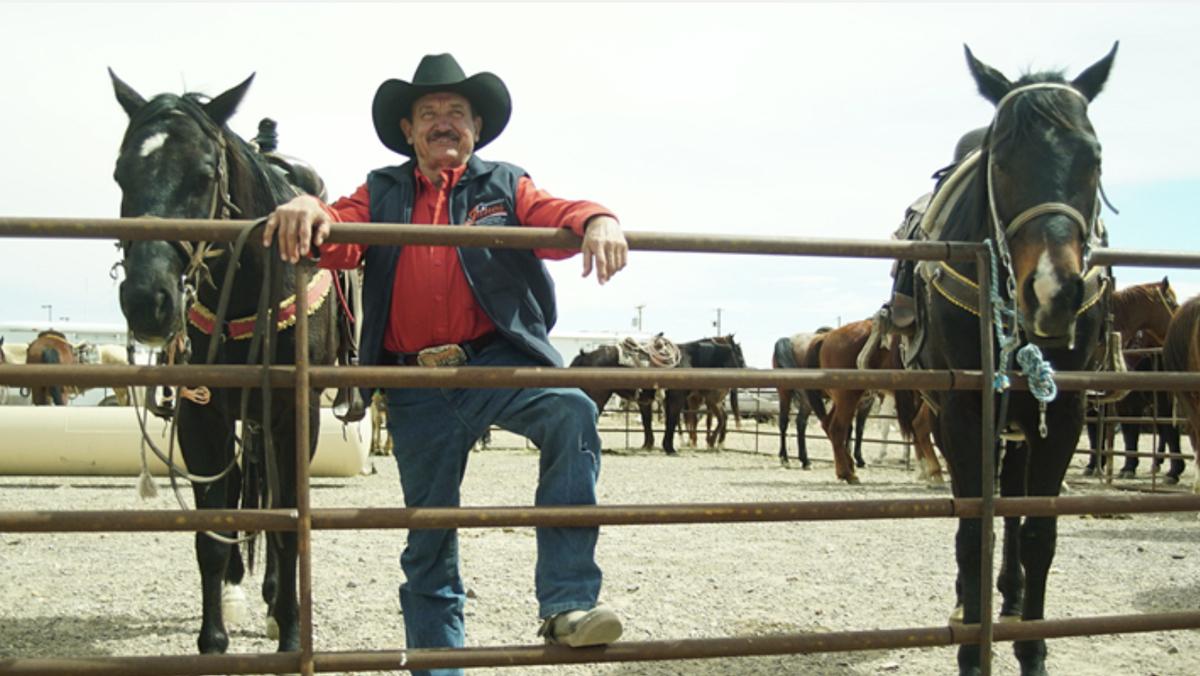 Every year, hundreds of people cross the Chihuahuan Desert in Mexico for two weeks, traveling into the United States on horseback. Cathy Crane, associate professor in the Department of Media Arts, Sciences and Studies, depicts this scene in her new documentary “Crossing Columbus.”

“Crossing Columbus” was featured online by the National Gallery of Art in Washington, D.C. Feb. 10–16 and was shown at Cornell Cinema in October. The National Gallery of Art also showcased “El Mar La Mar,” a documentary by Joshua Bonnetta, associate professor in the Department of Media Arts, Sciences and Studies, in February. “El Mar La Mar” is about the oral history of the Sonoran Desert on the U.S.-Mexico border.

“It’s been an odd year to introduce a film into the world,” Crane said. “When you make films, it is very nice to know that they will be seen. I am always very grateful for an opportunity to have my work be accessible to people who would otherwise not see it.”

Crane began working on “Crossing Columbus” in 2016 while finishing her previous film, “The Manhattan Front.” “Crossing Columbus” is focused on Columbus, New Mexico, a small border town. During the height of the Mexican Revolution in 1916, Mexican revolutionary general Pancho Villa raided Columbus. Crane said that each year, the residents of Columbus commemorate the event by crossing the U.S.-Mexico border on horseback.

Crane said she learned about the event when she was looking for archives for “The Manhattan Front,” her first feature-length fiction film, and found material of the U.S. Army on horses in the New Mexico desert.

Crane proposed a documentary about the event for a sabbatical in 2017 and applied for residency in New Mexico.

Crane worked with two alumni Daniel Masciari ’15 and Cory Dahn ’14 on the documentary. Masciari was the film editor for “Crossing Columbus” after working with Crane on “The Manhattan Front.” Masciari said that the team filmed 200 hours of footage and spent a year and a half cutting it into 80 minutes.

While filming, Masciari said the team focused on the shot of the border fence and how powerful an object that divides two countries can be.

“I think if there is one thing that the audience should take away, it’s the absurdity and the bizarre nature of a physical division between two countries,” Masciari said. “This film is not really that political a film. There are implicit political things, but you can be on many sides of the spectrum and have a similar experience. … So when you are watching this film, you realize that people don’t forget what has happened and people’s memories are really strong.”

Dahn is from New Jersey and said that working on this film in Mexico took him out of his comfort zone.

“I am not really a Spanish speaker,” Dahn said. “I can understand a little bit, but it’s not a strength of mine. Cathy told me to ‘Walk across the border into Juárez, and Antonio, our translator, is going to pick you up and drive you out to where you are going to film and meet up with the horse ride.’ That was a pretty surreal moment. I don’t know how much you know about the city of Juárez, but it’s not exactly considered a very safe place to be.”

Crane said the filming of the documentary was a learning experience for her as well.

“I am not a fan of the talking head,” said Crane. “I don’t really like to photograph people talking. The atmosphere, the audio recording in the desert, is perhaps one of the most difficult things to do, and do well. I had a sound designer that got all that material; he did incredible work with that.”

With the coronavirus pandemic still present, Crane said that many film productions and viewings are still in question with theaters closed and festivals canceled. Now that the film is finished, Crane said she will be taking a break.

“I do enjoy the times when I am not traveling, like during COVID,” said Crane. “I just read and think through ideas and sort of wander around in my little house and go for walks. For me that is also part of the creative process.”