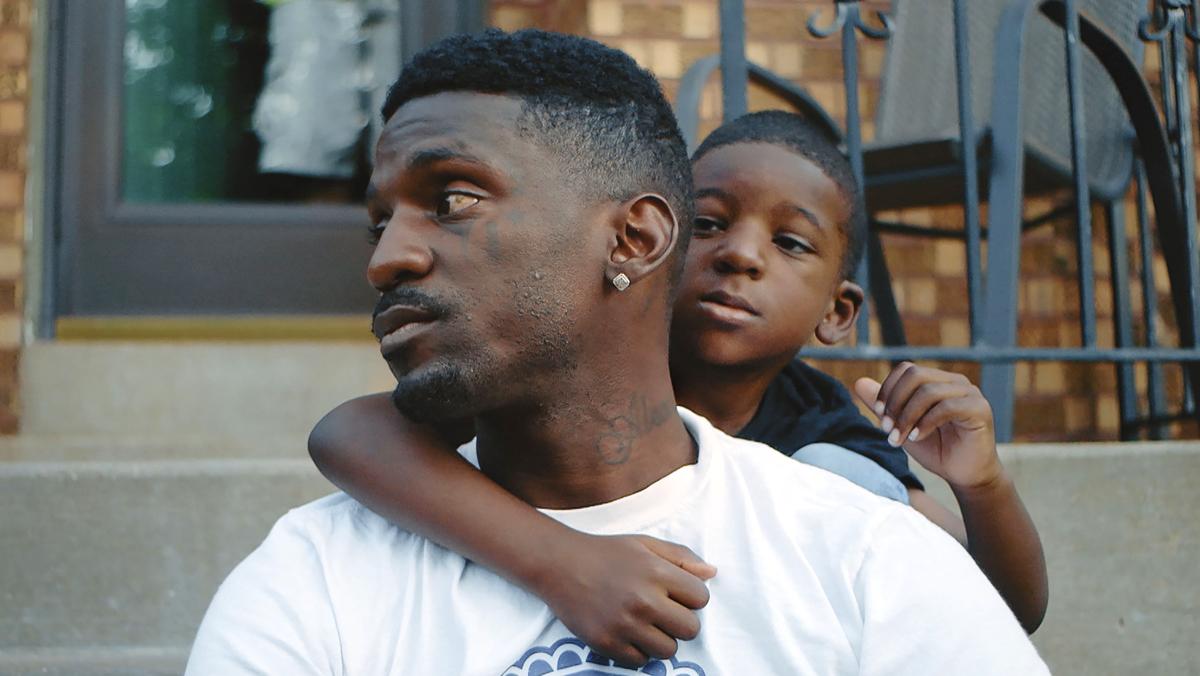 On the edge of a political movement sits one man caught between the roles of father and community leader. In “St. Louis Superman,” an Oscar–nominated documentary short film, Bruce Franks Jr. becomes a politician after 18-year-old Michael Brown Jr. was shot and killed by a police officer in 2014. The story follows Franks as he fights to make a change.

Sami Khan ’02, a former cinema and photography major, was one of the directors, producers and cinematographers of the film, which has been nominated for Best Documentary (Short Subject) at the 92nd Academy Awards. Khan has directed other films like Khoya, Habibi and 75 El Camino.

Staff writer Alex Hartzog talked with Khan about his work in the film industry and his feelings about being the director of an Oscar-nominated film.

Alex Hartzog: What is your favorite part of filmmaking?

Sami Khan: It’s hard to compete with moments like the opening of “St. Louis Superman” where you’re capturing life and two people connect in a way that is so incredible and beautiful. Moments like that exist because of filmmaking. They exist beyond time. You capture the moment, then you realize in the editing room fully what you have. … It’s hard to compete with being in the moment and capturing that kind of beauty and seeing it become this moment that exists outside of time.

AH: Could you give me a rundown of what the movie is about?

SK: “St. Louis Superman” is about Bruce Franks Jr., who in 2014 was a battle rapper and community leader, and then after the death of Michael Brown Jr. that August, Bruce was sort of politically awakened, and he decided to run for political office. Our film is about Bruce in the [Missouri House of Representatives], which Bruce is an African American man, and, at the time, he was in his early thirties. It’s about Bruce trying to get this bill passed that would honor his late brother that died of gun violence. That’s sort of the plot, but the film is about how incredible Bruce is as a person. He’s a father. He’s a battle rapper. He’s a community leader. Our film gets into the many facets of his personality, and one of the most important parts of that was and continues to be Bruce’s struggles with mental health: depression. One of the themes of the film is how does somebody who wants to effect change in the political system survive psychologically. That’s sort of an idea we throw to the audience.

AH: Could you give me a history of the film and its road to the Oscars?

SK: We were commissioned to make a short documentary by Al Jazeera Witness in the fall of 2017, and we pitched several different ideas, and Smriti, one of my co-directors, pitched Bruce Franks Jr. as one of the ideas. … And then after a couple of months of honing the story, we approached Bruce to try and get him to agree to be filmed, and it took a couple months. … We started filming in April of 2018 and filmed through August of 2018 off and on. We were in [postproduction] for four months, and it premiered in February of 2019 and went to [Tribeca Film Festival] and won a prize, and then we were acquired by MTV Documentary Films to kind of propel us into the stratosphere.

AH: Could you describe how the movie has progressed since being picked up by MTV [Documentary Films]?

SK: The stage has gotten a lot bigger — from just small film festivals to rubbing shoulders with people like Brad Pitt and Kathy Bates and Joaquin Phoenix. Because of that, more people are familiar with the film. … What we’re sensing now is there’s a huge demand for people to see the film and see Bruce’s story, and that’s exciting.

AH: Can you describe where you were and what you felt when you found out you were nominated for an Oscar?

SK: I was sitting on my couch, and I had to convince my wife to go [into work] late. … She did, so she was sitting next to me and our young daughter. Our 2-year-old daughter was in between us, and, of course, she had no idea what was going on. Then they announced, and we were nominated, and I blacked out for a while. Life goes on. We had to take our daughter to day care because life doesn’t stop, even for the Oscars.

AH: How did you first get into filmmaking?

SK: I was always making film, sort of the cliche that my dad got a video camera, and I was a kid, and I kind of commandeered it, and I would make films and experiment with editing and putting two VCRs together and things like that. I started making films when I was really young. At [Ithaca College], … I was able to understand that storytelling could thrill you but also reveal a deeper artistic truth or a political truth. … You can see the filmmaking aspect of that in “St. Louis Superman” where we’re trying to paint a portrait of Bruce Franks Jr., this incredible person, and it’s not just about the facts.

AH: How do you hope your work will impact people who see it on a personal level?

AH: What struggles did you face breaking into the filmmaking industry after college?

SK: Certainly there’s structural disadvantages I’ve faced because I’m not the child of a famous director. I’m not the son of someone who runs a studio. I think the color of my skin and my religion placed me at structural disadvantages. … It’s about being better. Maybe you’re good but not quite good enough to get noticed. That’s the advice I’d give filmmakers starting out: Keep getting better. … People will notice, and you’ll find the champions who will support you.