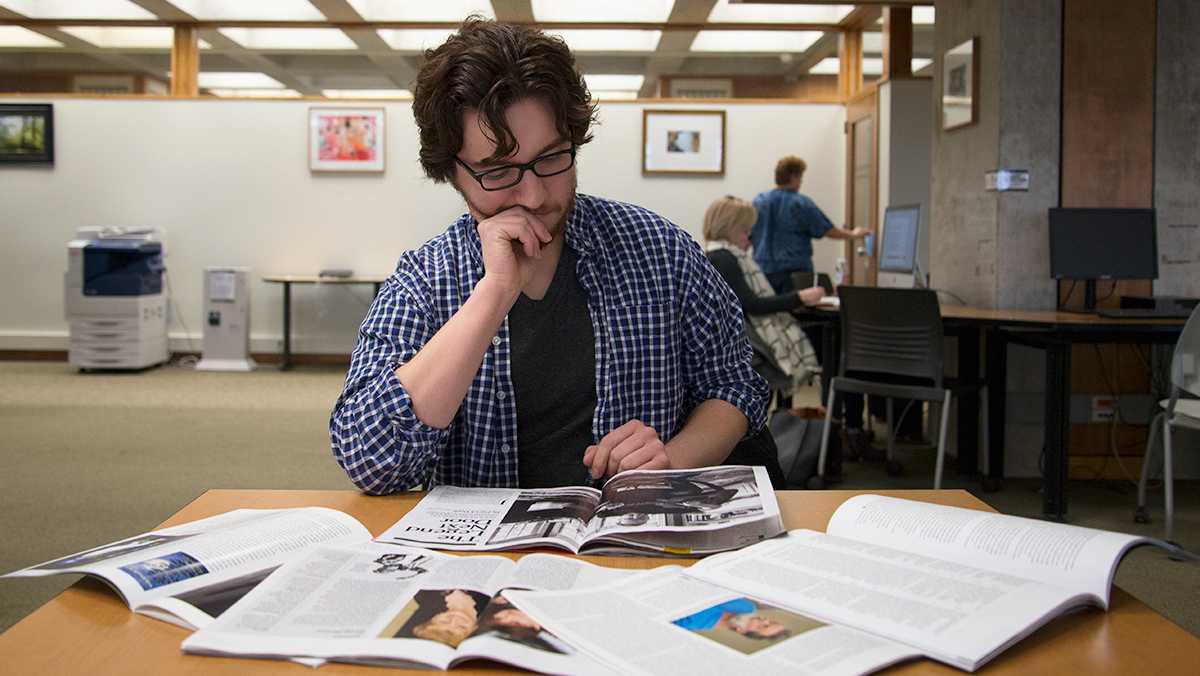 Junior Justin Henry, a English major at Ithaca College, released the first issue of an online magazine, The Ithaca College Chronicle, on Jan. 28. The magazine includes sections devoted to national and local news, opinion, essays, fiction and poetry, and places emphasis on a nonpartisan approach to news coverage. By straying from partisanship, Henry said, he hopes to weaken political divides by uniting communities on the facts.

Staff Writer Daniel Hart spoke with Henry about his new magazine, political divides in the community and his experiences as a journalist.

Daniel Hart: Why did you decide to start The Ithaca College Chronicle?

Justin Henry: I always had in mind my ideal publication that would sort of reflect on an unfolding of history as it was occurring, like both local history, national history and worldwide history. I also couldn’t help but notice an incredible amount of cultural divide … something that I want to comment on in the college but I also find that in any given situation — any society — when you just inject sort of an impartial analysis, it sort of wakes everybody up.

DH: What void will the Chronicle fill at the college?

JH: There’s an incredible amount of divide across several cultural lines at the college, and there are microscopic divides in the country, divides in higher education in general. It’s one thing to get swept up in a movement or galvanize a movement, but it’s completely another thing to just be fascinated by the life and times of a people and a place and a history, and that’s sort of the lens that we’re taking it from.

DH: Can you specify which divides?

JH: There is an incredible amount of culture clash between faculty and administration when it comes to the faculty union — that’s a big thing that we’re writing about. [There are] a lot of anti-establishment vibes from the student body in reaction to different things the administration has done. And it is discussed, but there is a certain amount of taboo-ness that there is to those cultural divides, and there’s just different opinions that can’t really be expressed on campus because there are more provocations that outlaw certain thinking.

DH: Are you trying to say that conservative thinking is more shamed than liberal thinking?

JH: Well, a good example, I would say, is … this website called “Turning Point USA,” which is a nonprofit organization, and the whole idea is to promote conservative ideas on campus. That’s a very partisan response, whereas you want to bring people together, you bring them around the facts. You bring them around sort of “What would the world look like if we didn’t attach a political label to it or a political movement to it?” We might have to start thinking for ourselves.

DH: What feedback have you received so far about the Chronicle?

JH: It’s been terrific. It’s been very, very positive. … As soon as we made our email public and people started emailing it, there was just a whole flood of people interested in being on the staff, interested in taking part of the editorial board.

DH: What qualities did you look for in editors and in writers?

JH: I needed to find a curiosity of a cultural, anthropological, intellectual climate of our time as Americans, our time as citizens of the world and our time as Ithacans. What statement can we make about our time? When historians look back, what will they look to for the most reasoned documentation of our life and times? [I looked for] people who really are interested in that socio-anthropological approach to journalism.

DH: What is important about including fiction and poetry?

JH: One of my favorite publications is The New Yorker, and the way they frame their fiction and poetry, it almost feels like the dessert, the cigarette break from the news. Just to kind of take a break from that more intense kind of coverage. It can be nice to just sort of let your brain deflate. On the other hand, we also wanted to create an environment where every story could be told. So throughout the four different sections, there is the chance for nearly every type of composition, excluding our multimedia. … The four sections in their chronology can almost be seen as a spectrum of most impartial and most hard news to more abstract, the fiction and poetry.

DH: What are you most excited about?
JH: I sort of have a timeline set up for the next year and half that I’m here at the college. The goal is to get into print by the fall, and hopefully we can do everything we can, solicit ad revenues and get a lot of underclassmen interested so it can have clout moving into the future … and maintain its identity as an impartial but still very analytical publication, that neither ideological faction takes over. It doesn’t become a progressive magazine. It doesn’t become a conservative magazine. It just becomes sort of indifferent to those political conceptions.