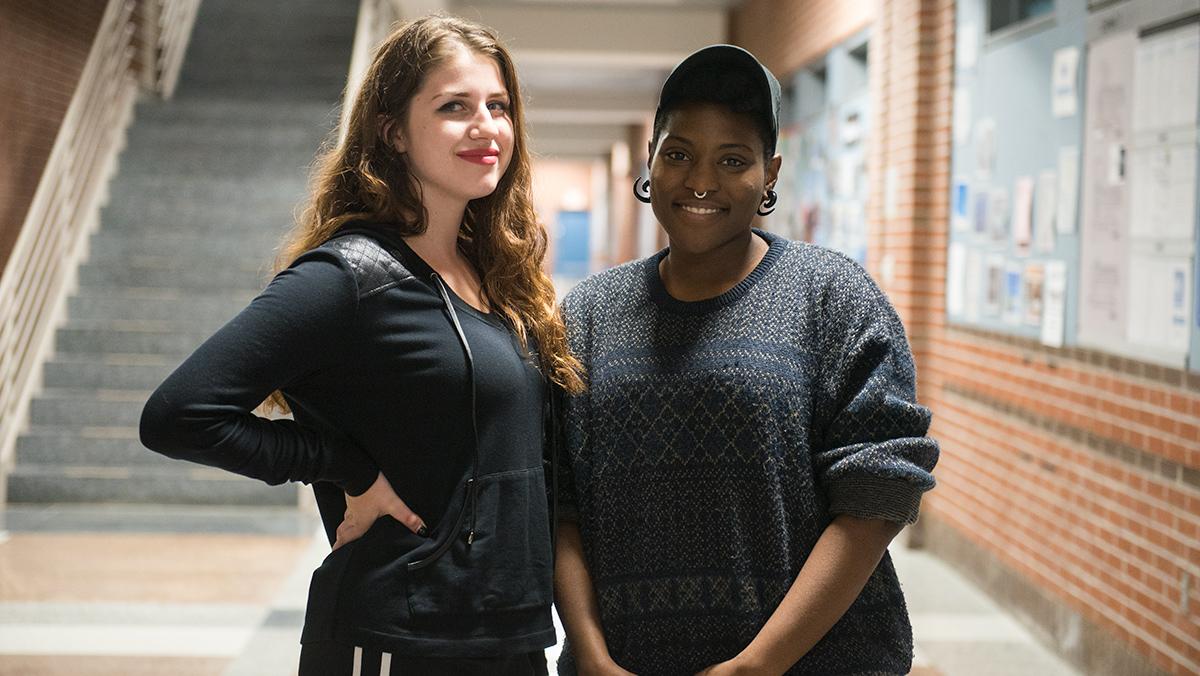 C. elegans, a specific type of roundworm, have been the subject of careful study for sophomore Leah Larsen and junior Jacqueline Alexander as they worked closely with Te-Wen Lo, assistant professor in the Department of Biology, as well as scientists at The University of Maryland, to research sex determination and the genes associated with it. While they completed several parts of the project during the summer, Alexander has continued working on the project this semester.

Sex determination is a biological system that determines the development of sexual characteristics. In most cases, sex determination is genetic. Alexander and Larsen’s assignment focused on studying genes within the sex determination pathway using the genome editing tool, CRISPR/Cas9. From there, they determined how their modifications affected the sexes of the future generations.

Staff Writer Meg Tippett spoke with Alexander and Larsen about their ongoing research regarding their CRISPR injection results and the details of the research they conducted at the University of Maryland labs.

Meg Tippett: What influenced you to do this research?

Leah Larsen: I’m trying to get into medical school, and a big part of that is consider whether I want to do medical school or an M.D. Ph.D., or to be doing research in tandem with my medical school training. … Also, I had been working in Te-Wen’s lab for the semester, so when she offered me the opportunity, I thought it was a good opportunity for me to put something on my resume for the summer and figure out more what I want to do. I also enjoy the research. So all-in-all, it seemed like a good decision.

Jacqueline Alexander: I’m in the same boat as Leah. I want to go to veterinary school, and I was deciding if I should get my M.D. in veterinary medicine or a doctor’s degree with the Ph.D. program. The Ph.D aspect adds research into being a vet. So I wanted to learn more about research, and essentially what exactly happens. I was able to work with my genetics teacher, Te-Wen, she offered to do research with me over the summer and I definitely took up the opportunity. Even from labs, where I had taken my normal science classes, I really liked that too. I thought if I did research over the summer, it would teach me about research as a whole.

MT: Can you elaborate on the project as a whole, and the research involved?

LL: We were working on two projects. Basically, the main goal was to learn about sex determination in C. elegans, which are a very small organism, they’re nematodes, they’re roundworms. Basically the goal of the summer was to learn about new techniques and learn how to work well in a lab, learn more in general about the subject. The project was not just by me and Jackie. It was in the hands of a lot of people who worked at the University of Maryland, and Te-Wen.

JA: We worked on sex determination based on genes in c. elegans. C. elegans are a model organism that, because they have special attributes to them … you can see how things are affecting them over generations. We worked on two projects: One where we looked at a screening by making mutants, and [other researchers] who did the CRISPR injection.

LL: It’s basically a recognition splicing tool. It works with a protein, Cas9, to recognize certain … DNA and sniff them out. So when they reproduce, the next generation should exhibit the mutation. That doesn’t necessarily happen, but that’s the goal.

MT: What was the overall conclusion of your research?

JA: We’re still going at it now. I’m currently working on screenings for mutations in the lab and I’ll be taking that into this entire semester, so it’s not really a simple project.

LL: That’s the thing with this kind of stuff, you find new things, and that stems other things, and you just go along with the ride. If there was a conclusion to the summer, it was that, within our project we were trying to find a mutation that rescues the [male] organisms from dying. … So, the conclusion of our research was that we did find a mutant from that.

MT: Can this information be applied to future research projects?

LL: Yes, that’s how we get a lot of our funding for this stuff. At least at the University of Maryland, there’s definitely interest in how this will affect humans, because sex determination is something that you find in all organisms. I think that once you start with this model organism, the more you learn because they’re very similar to us in a lot of ways.

JA: By studying organisms … we can learn more about cell biology. We can take what we learn from this model organism and apply it to how human cells interact. So, essentially, learning things from others and applying it to ourselves.

MT: What was your favorite aspect of the research assignment?

JA: This was my first time working in a lab, and the people there were amazing. I was afraid of making mistakes, but the community at the University of Maryland really encouraged me to do things. … It was a great experience to work in a research lab like that.

This article has been modified from its original version for clarity.