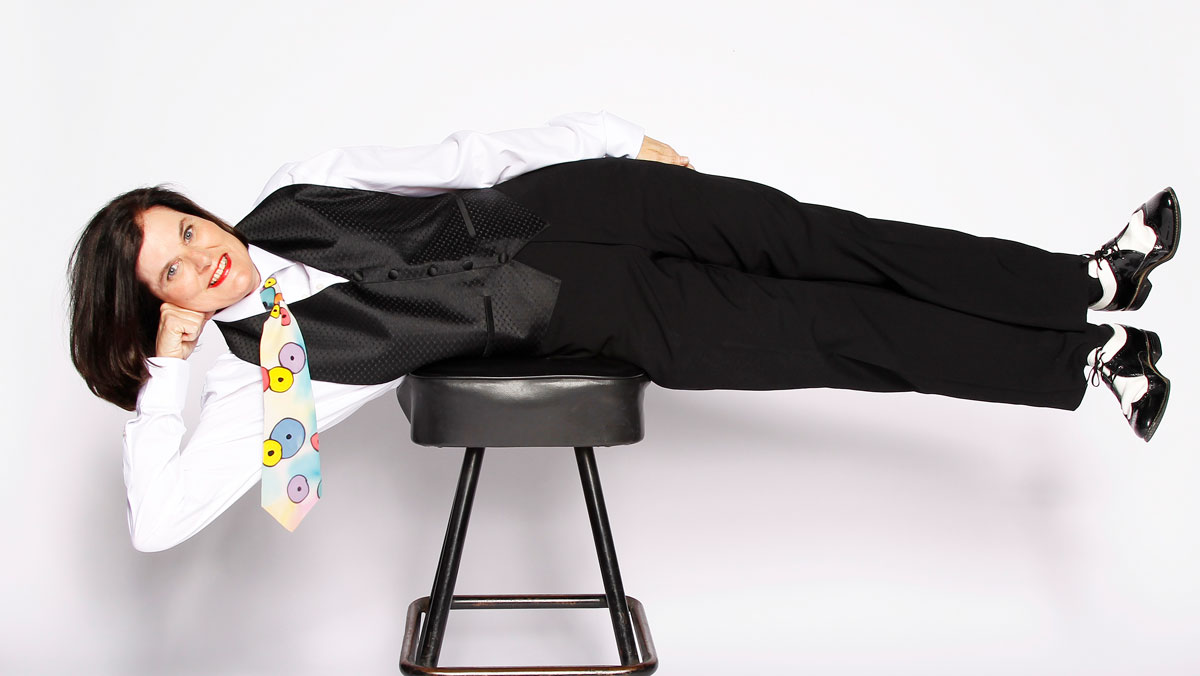 Courtesy of Paula Poundstone
Paula Poundstone has been a stand-up comedian for the past 38 years. She is a panelist on NPR’s “Wait Wait ... Don’t Tell Me!” Poundstone will perform at the State Theater on Oct. 27.
By Matthew Radulski — Senior Writer
Published: October 23, 2017

It has been 38 years since Paula Poundstone started her career in stand-up comedy. From Boston to San Francisco and beyond, she can now be heard frequently on NPR’s news quiz “Wait Wait… Don’t Tell Me!” and on her new podcast from NPR, “Live at the Poundstone Institute.” She will be performing at the State Theatre in Ithaca on Oct. 27. Senior Writer Matthew Radulski spoke to her about how her career and act has changed, and the difference between performing for three and 60,000 people.

Matthew Radulski: How did you start your career?

Paula Poundstone: I started in ‘79 … in Boston. I wanted to be a comic performer pretty much my whole life. The first sentence of the last paragraph of the summary letter written by my kindergarten teacher in May of 1965 — it says “I have enjoyed many of Paula’s humorous comments about our activities.” I was sort of aware of this concept of being a comedian, but I didn’t know from stand–up. I was living in Boston busing tables for a living — damn good at it, I might add. I went to see a friend of a friend’s band and there was a flier up on the wall there. They had a stand–up comedy show running every other Sunday night. It was not an easy place for me to be a stand-up because we were getting 10 bucks a show, maybe five… I certainly wasn’t able to support myself. One of the guys had gone out of state to get jobs at other clubs, which to the rest of us was so worldly. I got some names and places from those guys, and I decided that I, too, would try my hand at these places. I went around the country on a Greyhound bus to see what clubs were like in different cities. I lived on the Greyhound bus. I never had a hotel or anything.

MR: When those other guys started to branch out of Boston, was there pride or bitterness on the part of you and other Boston comics?

PP: There was a little bit of both. I think we were also very proud to be Boston comics. For that, we were very unified. It was like they were exploring on our behalf: They were our surrogates. Internally, I wanted to work as much as anybody else wanted to work, so when there was a lot of nepotism in who got hired, it had very little to do with who was a great comic. The truth is, if I’d gotten comfortable in Boston, things would not have gone as well for me. I ended up in San Francisco. It was also like higher education to stand–up comedy. On Monday night, there were three open mic nights. That meant if you had a joke… you could try it out three times in a row in different time circumstances. It made for a pretty good laboratory. When I was a newcomer, I was literally working to, in some nights, three people at 1:30 in the morning. That’s not easy to do. Also, within the first years of being in San Francisco, I did this wonderful event there called Comedy Day. They’ve had it for 30-something years now and at its peak it literally gathered 60,000 people. It had a very San Francisco feel to it. I worked to three people to 60,000 people within a couple of years of being there. There’s really no other city in the country that could have provided that kind of experience.

MR: Is it stranger to perform in front of three people or 60,000 people? I imagine they both have their own difficulties.

PP: They both have their own difficulties, yeah. I work the room a lot, that’s the joy for me of stand-up. I love talking to the audience. It’s hard to work the room with 60,000 people. I wasn’t able to take out my finest china, but in that part of my life, I didn’t do too much of that anyway.

MR: When did you lean into that?

PP: I don’t know. Somewhere in San Francisco, I figured out. I used to try like hell to memorize my five minutes for open mic nights, and only do that. I just couldn’t loosen up. Once I finally realized that the funniest stuff I said was the stuff I said accidentally, I decided that is where the heart of the whole thing is. I have 38 years’ worth of material, but now I definitely put myself in the situation of having to perform without a net as often as I possibly can within my two–hour show.