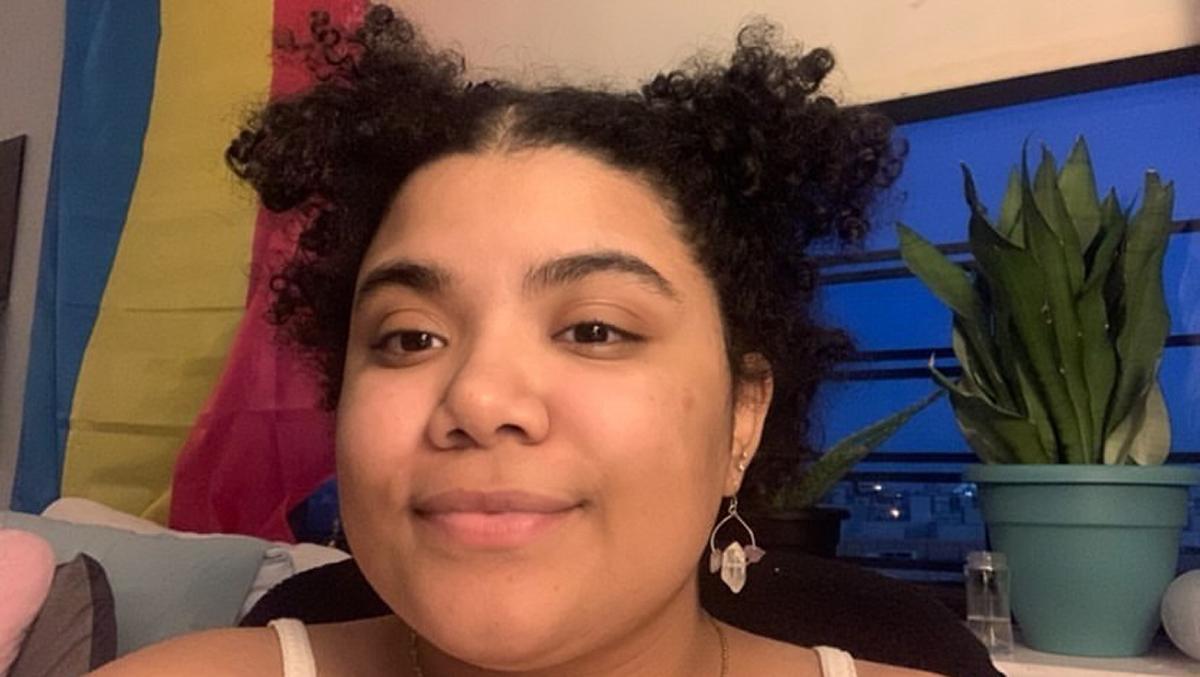 In response to Black Lives Matter protests across the country, Ithaca College junior Annie Marie Peña-Castellanos wanted to help to make a change. She started her own small business by selling handmade keychains and jewelry to benefit Black Lives Matter organizations and bail funds.

Peña-Castellanos makes healing stone earrings, beaded earrings, necklaces, bracelets and anklets. She said that jewelry–making is an outlet for her and that selling it online allows her to share her craft with others. She started selling her items, ranging from $5 to $20, on her personal Instagram account. After a few months of success, the business now has its own Instagram, @healing_beads_xo.

In total, Peña-Castellanos said she has raised approximately $400. The money she raises goes toward bail funds all around the country. She said that 100% of the profits were being donated from June to September. Now, to pay for materials for her products, she donates 45% of the profit to bail funds, she said.

Contributing writer Makayla Carozzolo spoke with Peña-Castellanos about her business and why she chose to donate her profits to Black Lives Matter.

Makayla Carozzolo: How long have you been making jewelry?

Annie Marie Peña-Castellanos: Since the beginning of the big breakout with [Black Lives Matter] during the summer. I reflected and I was like, ‘I really want to be a part of this, but I can’t go out because of COVID. … I feel like people would be more likely to donate if they receive stuff.’ So that’s when I came up with making jewelry and selling that and just putting all the donations straight into the bail funds. 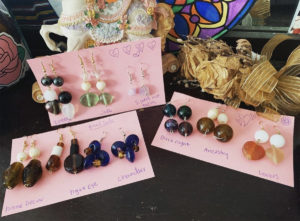 MC: Did you make jewelry prior to this? Or is this something completely new?

AMPC: I’ve made jewelry but just for myself, not necessarily to sell. At the [Tompkins County Public Library], the Makerspace, … that’s where I got the idea to make earrings because I’ve made them before. So I know how to work on tools and stuff. It wasn’t my first time, but it was my first time selling.

MC: Which BLM organizations and bail funds did you decide to donate to?

AMPC: [It depended] on where the people who bought from me live. I listed down the states my clients were from, and I would go directly to their bail funds from those cities and states, and I will donate just directly to there. … I would donate to New York; Minnesota; Chicago; Florida; Miami; Tampa, [Florida]; Boston and Philadelphia.

MC: Which item is your favorite to make?

AMPC: Definitely the healing stone ones, mainly because I feel like they just have so much power to them. Whatever I make, I try to make it with so much intention. I’m a very spiritual person. I feel like items and little gadgets have a lot of meaning to them depending on who gifted them to you or who made them. I always look for intentionality whenever I buy anything or make anything. I feel like healing stones are my favorite just because they hold on to that more than just regular pieces of jewelry. I feel like whoever has them, whatever they’re feeling, that could also attach to them. They’ll just walk around with good vibes all day.

MC: What is your favorite aspect of doing this?

AMPC: I love interacting with people since we’re doing everything online and not being able to socialize how we normally do on campus. This is a good opportunity to meet other people. … Also, being able to tap into people’s energy while making their jewelry and picking which specific intention I’m making with that piece is really cool.

MC: How has this experience impacted you?

AMPC: I created a sense of community with this business. I’m really big 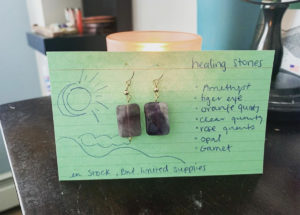 on community and connecting with other people. It just became something really important to me. At first, I was just doing it to just sell stuff and get money to put into the Black and brown communities. But it’s also created a group of sisters and brothers that aren’t necessarily … in the same community … in the regular, normal world.

MC: Do you have any advice for someone who might want to do something similar?

AMPC: It is tough to start it up, and things will happen. It’ll feel like everything is going against your final goal. But just keep working, and you’ll get better. You’ll get used to it. You’ll figure stuff out. And eventually you’ll grow with it. I’ve definitely grown with this experience as well. I feel like I’m a little more … well rounded. … You’ll just grow along with the business. You just [have to] keep pushing, and the business will grow eventually, too.