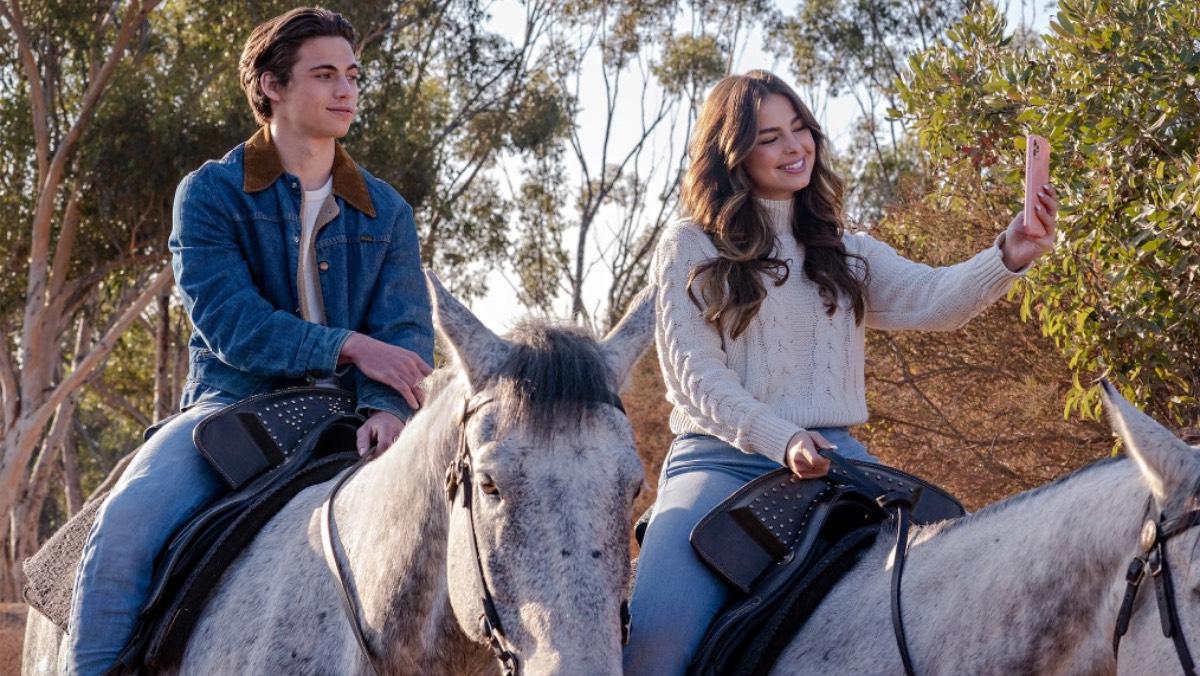 Courtesy of Netflix
In "He's All That," a gender-swapped remake of the lukewarm 90's film "She's All That," TikTok star Addison Rae succeeds only at butchering dialogue.
By Elijah de Castro — Assistant Life and Culture Editor
Published: September 7, 2021

“He’s All That” is 2021’s remake of the lukewarm 90’s film “She’s All That.” The 2021 film gender swaps the original movie’s concept — a popular high school boy attempts to turn an unpopular girl into the prom queen on a bet — and gives it the corporate, pseudo-feminist remake its male producers think it deserves.

While Rae’s character is named Padgett Sawyer, Rae, in reality, plays a semi-fictionalized version of herself. Padgett is a high school girl who has recently become a disgraced Instagram influencer who loses her brand deals and followers after getting into a live-streamed feud with her influencer boyfriend. She accepts a bet with her frenemy Alden (Madison Pettis) to try and get the introverted loser of the school, Cameron Kweller (Tanner Buchanan), elected prom king.

In an entirely ironic context, “He’s All That” is awesome. Terrible scenes of Padgett attempting to seduce Cameron, the cynical, model-in-a-wig photography student, involuntarily reaches unprecedented levels of hilarity. So bad in fact, that cynical audience members will likely question whether or not the filmmakers strove for riding a fine line of post-irony. Obviously, this is not the case.

As Padgett continues her uncomfortable attempts at Cameron, they begin to fall in love. To “He’s All That,” love means Padgett transforming Cameron into her dream man and having him show up to prom on horseback. This complicates things, as Padgett eventually reveals to Cameron that their relationship was based on a bet.

The acting just isn’t good — this part was known before the film was even released. There is little believability in their delivery and an assumption by the filmmakers that everyone in the universe of the film naturally speaks with an on-the-nose edge. The eventual transformation of Cameron into Padgett’s dream man is shown in a bizarrely sensual display of her giving him a shave and a haircut.

Due to the fact that Addison Rae is not a qualified actor, the film forces in a weird number of dance sequences to showcase her “talent”; a dance battle at the end doesn’t make a lick of sense as to why it is there or what purpose it has in relation to the development of the story.

The final scene of “He’s All That” attempts to show some sort of self–awareness of the fact that the film shovels coal onto the flames of toxic influencer culture. A monologue of Padgett explaining to her fellow prommates that her online presence is all fake is as fake as the influencer culture that she denounces. It’s a funny scene, however, it is ironic since in the real world, Rae’s fame increases day by day.

Despite being poorly written and sloppily pulled off, a running emotion that “He’s All That” creates is distrust. “He’s All That” has a purist and sanitized presentation that gives off the same impression that influencer-style perfectionism promotes. The film’s “message” that online life is fake and that person-to-person connection is what really matters in the end is unquestionably true, and to a certain extent, obvious. However, this point becomes moot when the film delivers it through the same idealism and rose-colored-glasses that influencers like Rae use to portray themselves on the internet.

So, who is to blame for “He’s All That”? It certainly isn’t Rae, who, despite butchering lines in the film, seems like a generally harmless 20-year-old doing what her agent tells her. The finger should be pointed at Netflix, TikTok and all the producers in between who have created the internet-fame-to-movie-stardom pipeline that plagues cinema.