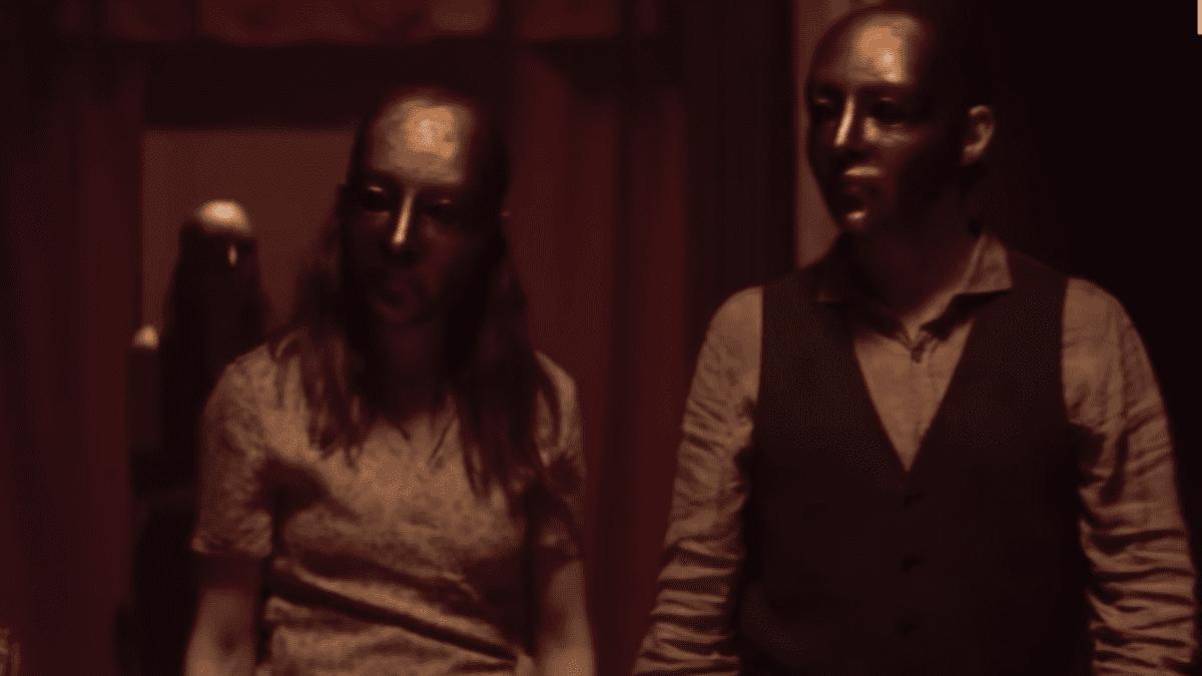 Courtesy of Motion Blur SF Studios
“Cadaver” is a Norwegian horror film with stunning set design and effective cinematography, but the plot is not as strong as it could have been.
By Peter Gillen — Contributing Writer
Published: November 4, 2020

As November begins, the usual horde of horror movies remains on our screens. “Cadaver” is a Norwegian horror film directed by Jarand Herdal, streaming on Netflix. Prior to this film, Herdal directed several short indie films, like “Clowne,” “All for Love” and the fan fiction film “Harry Potter and Grindelwald’s Demise.”

“Cadaver” follows a family that finds refuge in a hotel in a postapocalyptic world. The hotel is hosting an experimental drama that takes place throughout the entire building. The point of the drama is quite vague, mostly being left up to the viewer’s interpretation. The viewers of the play wear masks to differentiate themselves from the actors. However, as time goes on, Leonora (Gitte Witt) and her husband, Jacob (Thomas Gullestad), begin to realize that something sinister is afoot in this hotel. As the play goes on, Leonora and Jacob realize their daughter Alice (Tuba Olivia Remman) is missing, as well as many of the other audience members. The duration of the movie is spent trying to get Alice back.

There are many aspects of this movie to enjoy. The set design and cinematography are extraordinary. The world of this movie is split up into two parts: the hotel and the apocalyptic outside world. The outside world is decrepit, crumbling and shrouded in a constant shade of blue. This blue coloring makes the outside world seem like it is stuck in a perpetual night. The cinematography while shooting the ruined city is made up of many close shots, heightening the family members’ anxiety and framing them as very close to each other.

On the contrary, the hotel provides a sense of warmth and hospitality, like a proper theater. However, as time passes, the red lighting and set take on a more sinister tone as more traumatic events occur.

As fantastic as the set design and cinematography are, the entire film is bogged down by the story. The message in this film explores the will to survive and human morality. At the beginning of the film, the villain, Matthias (Thorbjørn Harr), has a monologue before the play saying that what separates humans from animals is that humans need to feel something other than the basic urge to survive. However, this war between survival and human nature is thrown to the wayside in favor of classic horror tropes, like a classic slasher villain being tossed in near the end.

Early on, it is established that the only reason Leonora continues living is for Alice. The issue with this is it takes away from the message that this film is going for. Rather than giving the audience a chance to fully engage with the concept of what Matthias’ ultimate goal is, the audience is constantly reminded that Alice is the person viewers need to worry the most about. Overall, the main point of the movie being a fetch quest for Leonora to get Alice just takes away from the more enticing elements.

This film’s story is the anchor that is tethering the film to shore. Almost every other aspect of this film creates a wonderful atmosphere full of terrifying secrets behind every corner. However, the events that actually occur in this world are not interesting enough to create intrigue.