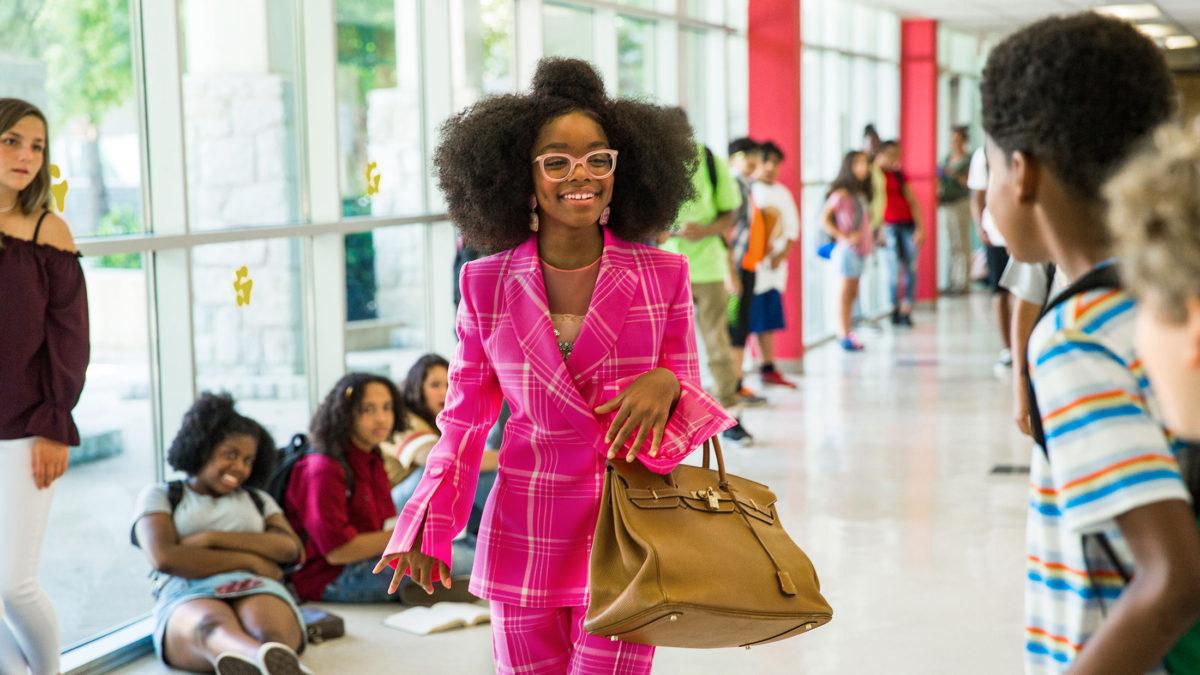 Universal Studios
"Little" is boring, lazy, onenote comedy that takes its star studded cast for granted. Despite the lackluster script, the movie's child star, Marsai Martin, shines in her role as she supports the rest of the movie.
By Tyler Obropta — Senior Writer
Published: April 23, 2019

“Little” opens with obligatory narration — “Allow me to introduce myself” — but there is nobody going to see “Little” who won’t realize immediately where it’s headed. A successful, but empty, adult (Regina Hall) gets magically transformed back into her middle–school self (Marsai Martin) and must return to her postpubescent life while learning an important lesson or two on the way. These kinds of films write themselves. Director Tina Gordon, who helped write this year’s movie, “What Men Want,” doesn’t find much room for invention here.

Though it’s a broad comedy, “Little” also inverts the formula of the most famous of these body-swap movies — “Big” — minus some of the skeevier scenes and with more “Fortnite” dances. “Little” is not a movie that will age well. Compared to every other body-swap picture — from “17 Again” to “Freaky Friday” — “Little” is only refreshing because of the talent involved. Headlining the film are some of the funniest African-American women in the business, all mostly squandered here thanks to an inadequate script that lacks jokes.

Hall, who was fantastic in the movie “Support the Girls,” doesn’t get much to do in “Little.” Her character, tech company CEO Jordan Sanders, the Scrooge of this story, mostly struts and shouts and commands the kind of fear among her employees that Meryl Streep does in “The Devil Wears Prada.” Jordan enters the office, and birthday celebrations disperse, the doughnuts are hidden and everyone tries to look as joyless as possible.

Most joyless of all is April Williams (Issa Rae), Jordan’s oft-harangued assistant. April starts her day with audio meditation sessions called “So You Want to Slap Your Boss,” and when Jordan magically de-ages into a pint-sized girl, April is the poor soul who has to help her. The best line, spoiled by the trailer, is when Jordan tells April she’s trapped in her younger body — “But that’s for white people,” Jordan says, “’cause black people don’t have the time.” It’s the only time the film acknowledges “Big” and centers the body-swap experience on Jordan’s blackness, an approach that ultimately gets lost in the plot.

The trailer gives away most of the good lines. As for the rest of the film, few things are worse than seeing talented actors slinging unfunny jokes. Everyone makes the most of it, though — especially “Black-ish” alum Martin, who channels Hall perfectly as a younger Jordan. She’s got the strut and exacting glares down pat.

When April is forced to enroll Jordan in middle school, “Little” gives itself over to Martin. She’s believable as this firebrand kid who flirts with the hot teacher (Justin Hartley) and tries to order Postmates to get out of a school lunch.

There are too many slow moments and plainly shot scenes for “Little” to feel or look like anything more than a really long episode of a television show. As modern comedies go, it’s sterile and guileless, and its sheer volume of half-hearted sex jokes may alienate the kids who’d want to go see it in the first place.

Besides that, “Little” is a harmless, chipper movie — moreover, it’s one interested in black women in positions of power and the hurdles they have to face to stay at the top. Jordan may not look like a fun boss, but she clearly earned her position. And her employees have a ping-pong table — how bad could she really be?

Martin, who also produced the film, becoming the youngest executive producer in Hollywood, makes the most of a simple, one-joke movie. The film is airy and substance-free, the kind of thing someone forgets a week after they’ve seen it. It’s consistently entertaining, even if it doesn’t get many laughs, and the film keeps its footing, mostly thanks to Martin. Hopefully, down the line, “Little” will yield her some bigger projects.