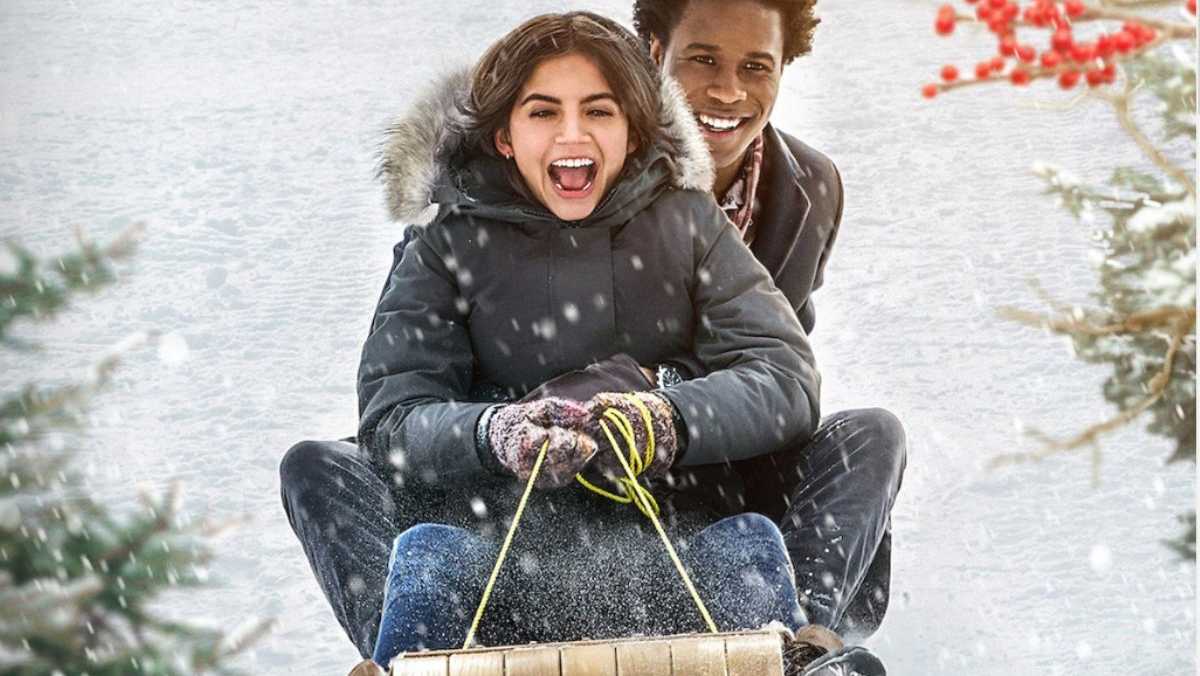 Courtesy of Netflix
Netflix's "Let It Snow" lacks the defining holiday cheer of a Christmas movie, even though the story takes place on Christmas Eve. The film is based on a collection of three short stories by John Green, Lauren Myracle and Maureen Johnson, but the film has trouble translating the enjoyable aspects of the book to the screen.
By Sarah Diggins
Published: November 19, 2019

Movies like “Love, Actually,” “Valentine’s Day” and “New Year’s Eve” make it seem like the best way to tell a holiday story is through a large ensemble cast and a collection of different storylines that satisfyingly connect at the end.

In many ways, this method makes sense. The holidays mean different things for everyone, and a format like this allows a film to cover a lot of ground. Netflix’s recent release “Let It Snow” fits perfectly in this niche, following a diverse cast of teenagers as they navigate issues surrounding friendship and love on Christmas Eve in a small town. The three main storylines follow a girl with a difficult family situation who meets a famous pop star on a train, two feuding best friends and a boy secretly in love with his close friend. Just add some snow, a miniature pig and Joan Cusack with an affinity for tinfoil accessories, and that’s the plot of “Let It Snow.”

“Let It Snow” is based on a 2008 young adult novel that weaves together three short stories by Maureen Johnson, John Green and Lauren Myracle. The novel was charming and festive thanks to the natural quirkiness every author provided in their stories. But the film had difficulty transferring this festive feeling to the screen. The film takes audiences through the day chronologically, weaving back and forth among the three main storylines. The film is almost unrecognizable from the novel, but some of these changes are positive. The film is beautifully updated for a world 11 years older, swapping a heterosexual storyline for a lesbian one and adding the overbearing complications of social media. However, the eccentric plotlines that made the novel fun and lighthearted are swapped for forced tear-jerking moments, creating overdone and boring storylines.

One of the film’s greatest disappointments is its lack of character development. The film’s action starts almost immediately, allowing no time for the audience to get to know the characters. The storyline that focuses on Tobin (Mitchell Hope) and his seemingly unrequited crush, Angie (Kiernan Shipka), nicknamed “The Duke,” is an unfortunate example of this. The audience is told repeatedly that Tobin and The Duke are best friends and that Tobin is in love with her. Because the events of the film take off so early, the audience never gets to see any of this friendship. This makes their romantic storyline seem unnatural and makes it hard to root for Tobin in his romantic pursuits. This storyline is easily the most neglected in the film, but the rest of the storylines do not go much deeper. Perhaps the story would have benefited as a miniseries in which every storyline would have more time to develop.

What “Let It Snow” lacks is the holiday spirit. The film has real potential to be a fun, Hallmark-type Christmas movie, except it does not exactly feel like a Christmas movie. The soundtrack, while pleasing to the ear, is disappointingly unfestive. Even the scenery is relatively dull, with minimal decorative elements. There are mentions of families here and there, but, overall, there’s no sense of urgency for the characters to get home to their families. One character even throws a large party that night, and seemingly every teen in town attends. This takes away that feeling of warmth that tends to come naturally with the holiday film genre.

At its heart, “Let It Snow” is a cute but general teen romance, forced into the disguise of a holiday movie. The film is entertaining but is unlikely to be added to the constantly growing list of modern holiday classics.