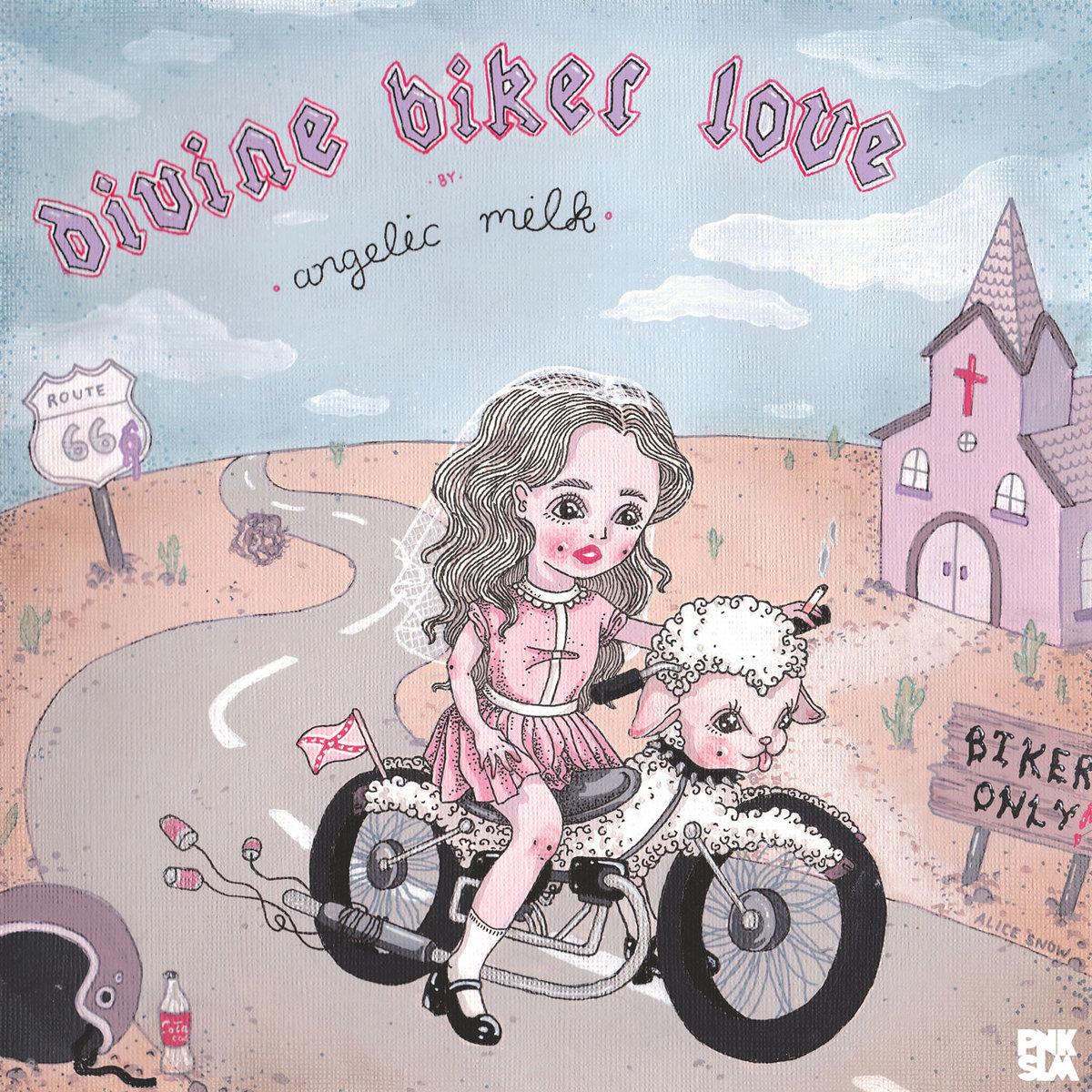 After releasing several EPs and signing with record label PNKSLM Recordings in 2015, Russian-based indie band Angelic Milk has finally released its debut album “DIVINE BIKER LOVE.” In 2016, the band released their EP Teenage Movie Soundtrack that now has more than 240,000 streams on Spotify. Based on the band’s success in the past, their new music seemed promising. However, this debut does not live up to Angelic Milk’s potential, with only a few coherent tracks.

The album starts off with the track “Helluva Dr.,” a heavy rock track filled with a catchy guitar riff and a headbanging bridge. Despite this, lead singer Sarah Persephona’s vocals are what stand out in this song — and not in a good way. Her voice is monotone and whiny, and the way it is edited with layers of autotune and synthesizers makes it difficult to understand what she is even singing about.

The next two tracks, “BALL GAG KI$$” and “when the limousines pass by,” are similar in theme — intriguing and captivating instrumentals but with stodgy vocals. “BALL GAG KI$$” gives a more classic rock vibe with intense guitar riffs and a long guitar solo during the bridge, while “when the limousines pass by” is a lot more mellow. In both tracks, Persephona’s voice is heavily distorted to the point that it sounds more like background buzz than a coherent song.

Compelling instrumentals along with dull vocals are present throughout “DIVINE BIKER LOVE.” The album’s lead single, “acid & coca-cola,” definitely sounds like it was made on acid. The incorporation of synthesizers to give the song a “techno” feel makes Persephona’s vocals sound like static. Arguably the worst song on this album and, ironically, the track where the vocals are the most coherent is “trust no 1.” The vocals sound so obnoxious and nasally that it makes sense why they were heavily edited for most of the album.

Despite the mess, the last two tracks are surprisingly the most pleasant. The band’s song, “crimson spots on pale pink silk” incorporates string instruments, including a bass solo at the end of the song. These instrumentals, along with Persephona’s voice — which doesn’t sound cringey here — make this song sound hypnotizing. The final track, “Agnes de Lux,” is an interesting way to complete the album. The vocals are haunting, while the addition of accordion makes the instrumentals sound like an eerie circus song, and that aesthetic works.