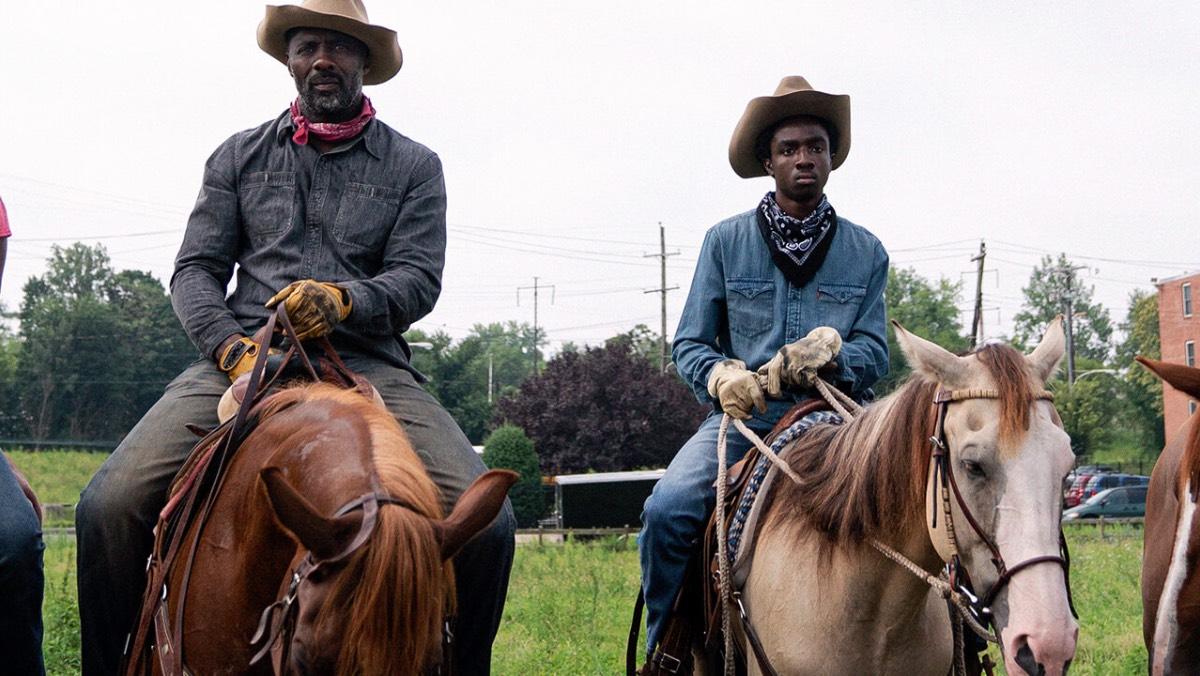 Courtesy of Tucker Tooley Entertainment
“Concrete Cowboy” is a successful call to action for viewers to educate themselves about the current problems with increased gentrification.
By Sydney Brumfield — Staff Writer
Published: April 16, 2021

Cowboys riding on the streets of Philadelphia is no tall tale.

Directed by Ricky Staub, “Concrete Cowboy” tells the story of the Fletcher Street Riders, a group of horse riders in the City of Brotherly Love. Based on the novel “Ghetto Cowboy” by Gregory Neri, this Netflix drama depicts the tenuous relationship between Cole (Caleb McLaughlin) and his estranged father, Harp (Idris Elba).

The Fletcher Street Urban Riding Club was founded by Ellis Ferrell as a means of creating a community for urban youth. Ferrell began the group in 1980, moved his stables to Fletcher Street in 2004 and is still active today. “Concrete Cowboy” aids in the club’s hope to “remain a historical facet of Philadelphia’s community.”

An impactful decision Staub makes is the inclusion of real Fletcher Street Riders among the talent. The roles of Paris (Jamil Prattis), Esha (Ivannah-Mercedes), Al (Albert C. Lynch, Jr.) and Miz (Michael Upshur) are all played by real Fletcher Street Riders. Prattis especially delivers a great performance that offers emotional insight into the prevalence of the stables in one’s life. The riders are given special end credit scenes to express how they found a sense of belonging and purpose through the Fletcher Street Stables.

McLaughlin’s performance shatters his other most notable acting role in the beloved show “Stranger Things.” This is an incredibly moving performance in a taxing role. Cole lives with an emotionally distant father and endures street violence, leaving him in tears for a good portion of the film. Cole is longing for a sense of security, all while trying to find his path in the world.

A less mature actor would have portrayed Cole as hyperemotional and uncertain, but McLaughlin manages to give Cole a sense of agency and determination. McLaughlin portrays a wide range of emotions over the course of the film, rather than just measured outbursts, and successfully crafts Cole into a complex, believable character.

“Concrete Cowboy” has a very rough and rigid aesthetic. Subjects are commonly lit with natural lighting, and shadows are heavily utilized, making the scenes look realistic and unglorified. The film was primarily shot at the real Fletcher Street Urban Riding Club in Strawberry Mansion, Philadelphia, which contributes to the film’s authenticity. The costumes add to this ambiance as well. After all, what is a cowboy without his Stetson? These technical elements culminate to depict the Fletcher Street Stables as very real staples of life rather than fictional characters. This film in its entirety is a beautiful story about the resilience of community and preserving culture.

“Concrete Cowboy” is a successful call to action for viewers to educate themselves about the current problems with increased gentrification. As stated at the end of the film, “The City of Philadelphia is currently developing on Fletcher Street’s land.” This film exemplifies that people should not stand by and watch as the history of Philadelphia gets erased and replaced with Starbucks.