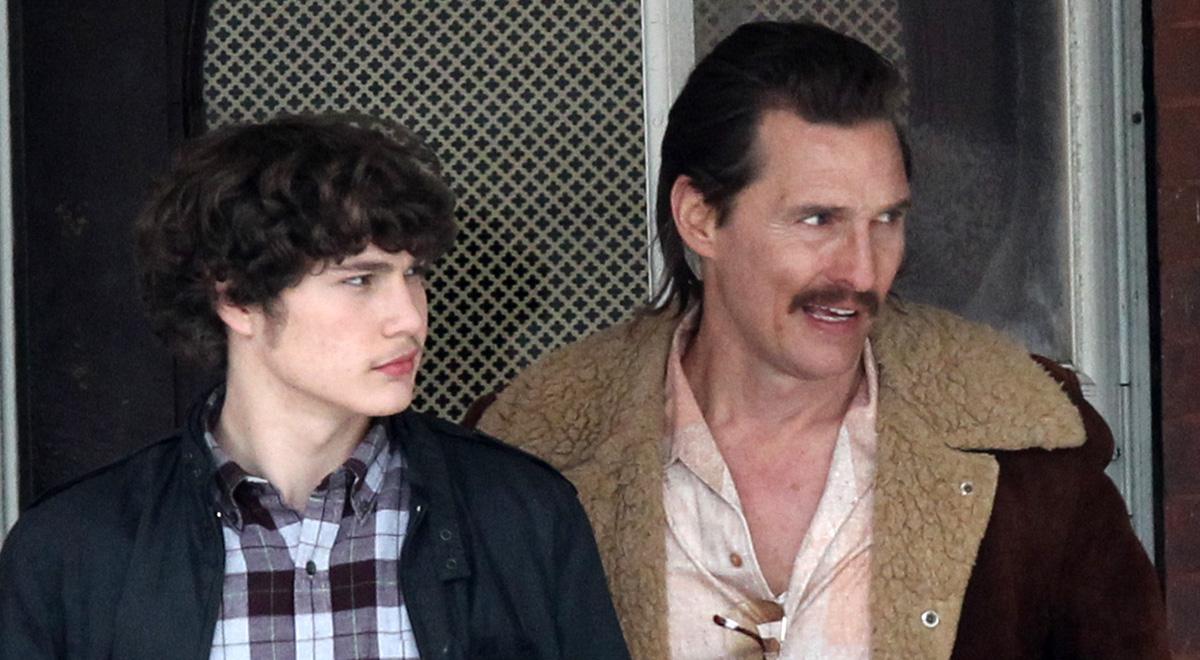 There’s nothing more terrifying than being behind enemy lines. This is the inherent pressure imposed on the audience in any good undercover cop story that, when done well, can make for some of the best tension cinema has to offer. Unfortunately, despite the incredible potential for a tense, heart–pounding film, Yann Demange’s “White Boy Rick” never quite lives up to the potential of its premise.

Set in the mid-1980s, “White Boy Rick” tells the true story of Rick Wershe Jr. (Richie Merritt), a 14-year-old boy who becomes an undercover drug peddler for the FBI. This sparks conflict with Ricky’s father, Rick Wershe Sr. (Matthew McConaughey), who, despite being Detroit’s neighborhood gunrunner, doesn’t want Ricky anywhere near the drug game. On top of this, Ricky’s mother is completely out of the picture, and his sister, Dawn (Bel Powley), is a junkie who resents their father. Despite this massive web of conflict, the film never truly acts on the inherent tension of its source material. Ricky’s a 14–year-old white boy peddling drugs to some of Detroit’s biggest crime lords. Ricky handles himself with impressive competence and charm. Every meeting he has with one of these gangs should be nail–biting for the audience. Unfortunately, the film never delivers that pulse-pounding experience. The film alludes to the gang members’ volatility, but it never places Ricky in the crosshairs of these explosive situations. Maybe the actual Rick Jr. was able to keep a clear head behind enemy lines, but it’s baffling to think that out of the film’s three writers — Andy Weiss, Logan Miller and Noah Miller — none of them wanted to play up the tense nature of the story’s premise.

Of course, the lack of tension in the film could be in part due to the fact that the movie moves at breakneck speed. A tense film must be paced methodically to achieve its full effect. “White Boy Rick,” however, doesn’t have time for any of that — it seemingly tries to cram three years of Ricky’s life into a film that’s just shy of two hours long. In fact, the movie probably would have benefited from adding another hour to its runtime. It has enough content to warrant the added hour, and stretching the narrative out would allow many of the plot points the breathing room they deserve. It’s disappointing to think that a film with such great dialogue and casting could be held back by its running time.

Thankfully, “White Boy Rick” hosts a cast of complex and relatable characters that help propel it toward greatness. McConaughey is expectedly brilliant as a well-meaning father who’ll do anything to keep his family from crumbling. As usual, McConaughey delivers a relatable and charming performance as Rick Sr. He’s the clear standout performance, and Richie Merritt does an impressive job in his debut role. Merritt portrays Ricky as a sympathetic thug who’s naive at times but always independent and capable. The two actors have a genuinely believable chemistry that allows for some emotional moments. McConaughey’s character, in particular, delivers some of the film’s most powerful scenes. His optimism and love for his children make his deteriorating family dynamic all the more heartbreaking.

“White Boy Rick” is never boring — it’s simply disappointing how much more it could have been. To say I wish it was longer is, in a way, one of the greatest compliments — and criticisms — one could give a film. “White Boy Rick” has all the potential to be an outstanding film but is marred by poor pacing and a lack of tension. What’s here isn’t terrible — it just isn’t enough.