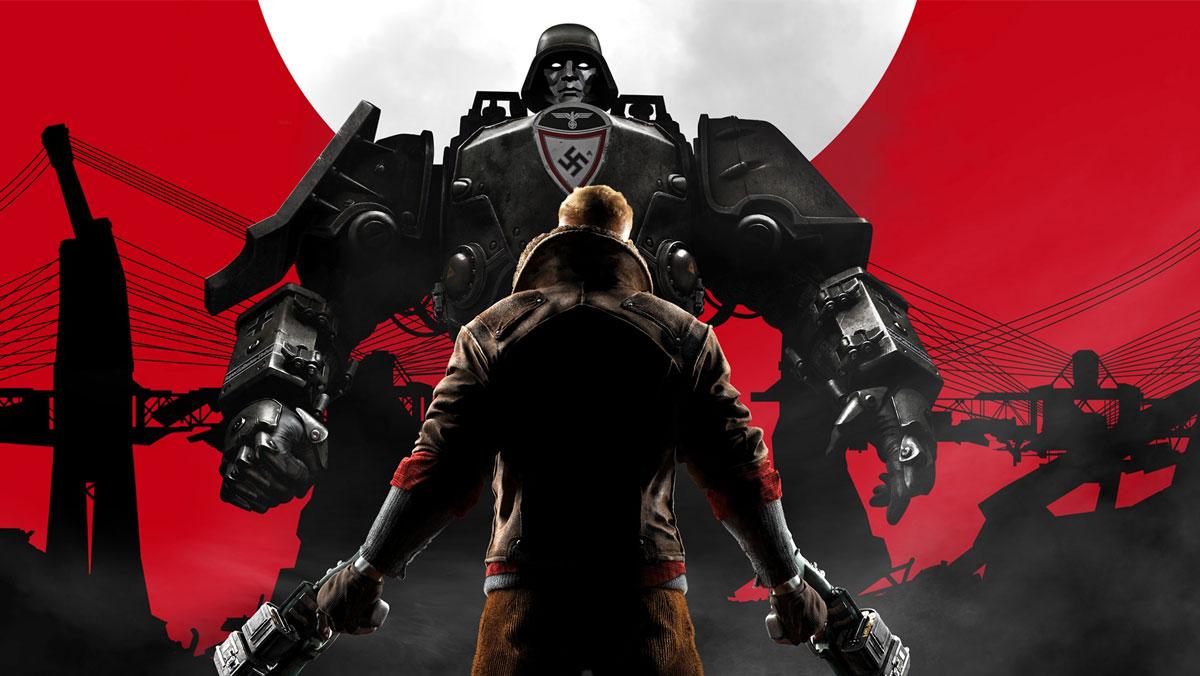 MachineGames
Wolfenstein: The New Colossus” is a follow-up to the 2014 game “Wolfenstein: The New Order” and continues the story of B.J. Blazkowicz (Brian Bloom). B.J. brings the fight to America and discovers the extent of Nazi evil.
By Jake Leary — Life and Culture Editor
Published: November 7, 2017

Tell me if you’ve heard this one before: The Nazis won World War II. They’ve developed technology beyond anyone’s wildest imagining. You’re a hardened, grizzled veteran who remembers life before the Nazi scourge and it’s your job take down the fascist regime. It’s not a new idea; it wasn’t new when “Wolfenstein: The New Order” came out in 2014, and it wasn’t new when the original “Castle Wolfenstein” came out in 1981. Yet “Wolfenstein II: The New Colossus” is a marvel. Unlike most alternate history video games, “The New Colossus” is about more than insane violence — it has a soul.

And what a bloody soul it is.

The game picks up immediately after the events of “The New Order” as the resistance fighters rescue the absurdly named B.J. Blazkowicz (Brian Bloom) from a Nazi base. From there, a gravely injured B.J. is forced to balance his duties to the resistance, his relationship with his pregnant girlfriend, Anya Oliwa (Alicja Bachleda), and his troubling past.

From the opening scene, you are exposed to a side of B.J. you’ve never explored previously. A traumatic flashback finds B.J.’s father binding him to a post, placing a gun in his hand and ordering him to kill his dog. You have to do it. It’s not a choice. The moment sets the mood for what comes next: a bloody, disgusting and mean-spirited simulation of a fascist America. But beneath the grit and gore, there is a tender side to B.J. and his crew. Developer MachineGames set time aside to let the characters laugh and bond — in short, the resistance fighters feel like actual people. An extended party scene late in the game is a pause in the action. This low-stakes, high-energy interlude is one of the most satisfying moments in the game because for once, you get to see the characters step away, free from the bitter world they live in. Moments like these are plentiful in “The New Colossus” and act as a relief from the grim reality of the outside world.

It’s truly unsettling to venture out into post-nuclear New York City or into the smiling malice of Roswell, New Mexico. Roswell is the best insight players get into what the Nazi America of “The New Colossus” looks like. The streets are populated by Nazi officers and Klu Klux Klan members dressed in full costume. The town looks bright and idyllic, but the sinister undertone is obvious. References to slavery and racial purity are dropped into casual conversations like how we would talk about the weather or the showings at the local theater.

Frau Engel (Nina Franoszek), the primary antagonist, embodies this playful evil. She’s a villain worthy of Tarantino, simultaneously cartoonish and terrifying. Even her Nazi comrades are afraid of her callous, murderous enthusiasm. It’s hard to imagine how MachineGames will be able to top Engel in the inevitable follow-up.

Probst Wyatt III (A.J. Trauth), the timid soldier B.J. had the option to save in the first game, is the breakout star of “The New Colossus.” In the recap at the beginning of the game, players are asked which character they saved in “The New Order,” and regardless of who you chose originally, choose Wyatt this go around. His arc is a moving meditation of grief — he spends most of the game high on psychedelics to cope with the loss of his mentor. Fergus Reid (Gideon Emery), the other character players can choose to save, isn’t given the same loving treatment. His story revolves around the loss of his arm and his struggle to tame his unruly prosthetic. The subplot is a comedic break from the heavier moments of the plot, but it adds nothing Fergus’s character.

For all the power of Wolfenstein’s story, the gameplay doesn’t pack the same punch. B.J. wields several weapons, each with a distinct set of advantages and setbacks. There are several heavy guns, like laser blasters and flame cannons, which can only be looted from the corpses of fallen foes, and have limited ammo. Each weapon feels weighty and distinctive, but they all blur together eventually, and the gunplay feels like filler between story beats rather than a crucial component of the narrative. After you’ve dismembered your hundredth Nazi, there’s nothing left to see. The bloody animations repeat over and over, and the gore loses its impact when you’re constantly covered in chunks of dead Nazi. If not for the bold storytelling, “The New Colossus” would be a good, but not great, shooter.

The game is also surprisingly challenging, even on lower difficulties. That’s not an issue, but it can be frustrating to bang your head against one particular segment over and over again, only to beat it by pure chance.

“The New Colossus” is the second act in a larger story: It ends with the promise of a future fight and consequently feels incomplete. But the story we’re presented with is one worth investing in. It’s more than a violent extravaganza: It’s clever, stylish and unafraid to ask the player tough, relevant questions. If faced with a hateful government and a volatile leader, would you fight or accept your place in the new order? The answer MachineGames presents is distressingly ambiguous.