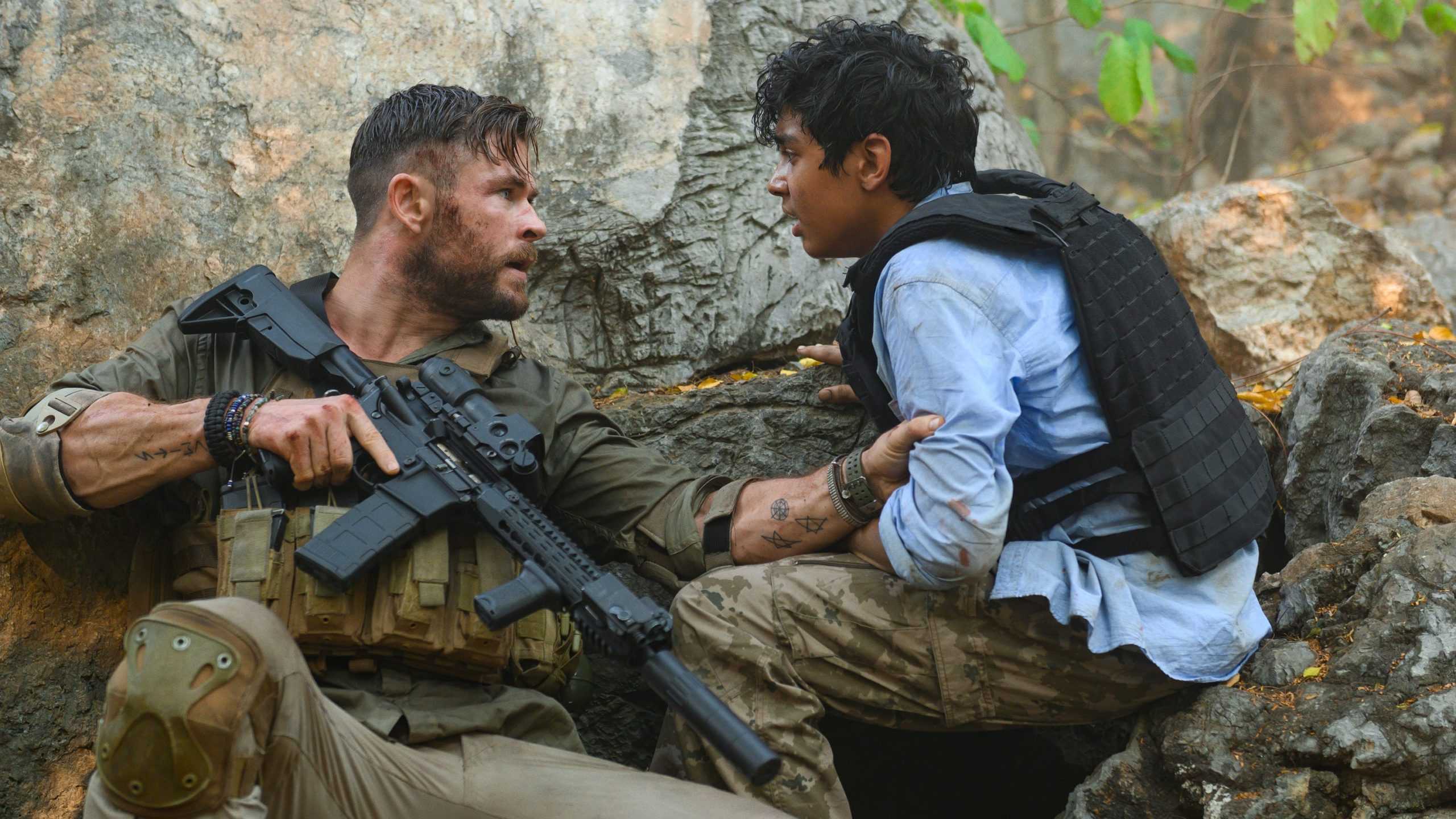 Courtesy of Netflix
"Extraction"'s actions sequences are exciting, but its lazy screen writing and cliche plot fails to impress audiences. This film will leave fans of Chris Hemsworth and Joe Russo disappointed.
By Jackson Noel
Published: May 20, 2020

Netflix’s new action flick “Extraction” has an astounding amount of talent behind it for a Netflix original. The film features Chris Hemsworth — best known for his role as Thor in the Marvel Cinematic Universe (MCU) — and was directed by Sam Hargrave and written by Joe Russo. Hargrave was the go-to stunt coordinator for Marvel Studios, and Russo was the co-director for “Avengers: Endgame.” While “Extraction” uses recognizable talent from the MCU, it is not exactly like the superhero films that fans would recognize.

The ultrathin plot is the first thing viewers of “Extraction” will notice. Soldier-turned-mercenary Tyler Rake (Hemsworth) is hired to track down and rescue the kidnapped son of an Indian drug lord from a Bangladeshi crime syndicate. The primary foe is Saju Rav (Randeep Hooda), a henchman for the Bangladeshi crime boss. The film is shallow, basically “John Wick” meets human trafficking with a hyperfixation on brutal violence.

The action scenes in “Extraction” are clearly the work of someone who wants to show off that they know stunts, and it’s also effective. All the action follows plenty of hard-hitting practical stunts, including bad guys tumbling down multiple flights of stairs, falls over second-story railings and generic goons being tossed around by moving cars.

While Tyler does not have much personality outside being a stereotypically gruff military man, the role is almost entirely physical anyway. Saju matches Hemsworth’s ability in the fight scenes. The two earn the title of being action stars as they dole and receive blows without missing a mark.

The main problem is that the story around the physical conflicts is cliche and rushed. The film falls into harmful white savior tropes and even includes distressing portrayals of Bangladeshi people as criminals. The white savior trope is characterized by nonwhite characters being saved by white characters, which is prevalent in films like “Dances with Wolves” or “Indiana Jones and the Temple of Doom.” Although appearing in contemporary cinema, this is a problem that needs to be called out, not perpetuated.

Overall, the film suffers from tired and lazy screenwriting. These issues, on top of slow pacing, leave “Extraction” too awkward to be a hitchless and straightforward action barrage. Make no mistake, the film’s backbone is not the plot but rather the fighting.

For example, Tyler is haunted by the death of his young son, an important character detail that is only included in the film sporadically enough to be nothing more than tedious. It is a weak attempt at character drama, and it is never explored enough to warrant its existence. “Extraction” should have taken notes from other, more successful action films like “The Raid: Redemption” or “Mad Max: Fury Road,” which are movies heavy on action and light on plot but still with unique angles.

When the hail of gunfire settles and the film ends, “Extraction” is the cinematic equivalent of fast food. The movie leaves viewers with nothing to chew on and is little more than an empty spectacle. While that may be fine for some viewers, those looking for the next great action classic should just browse Netflix a little bit longer.