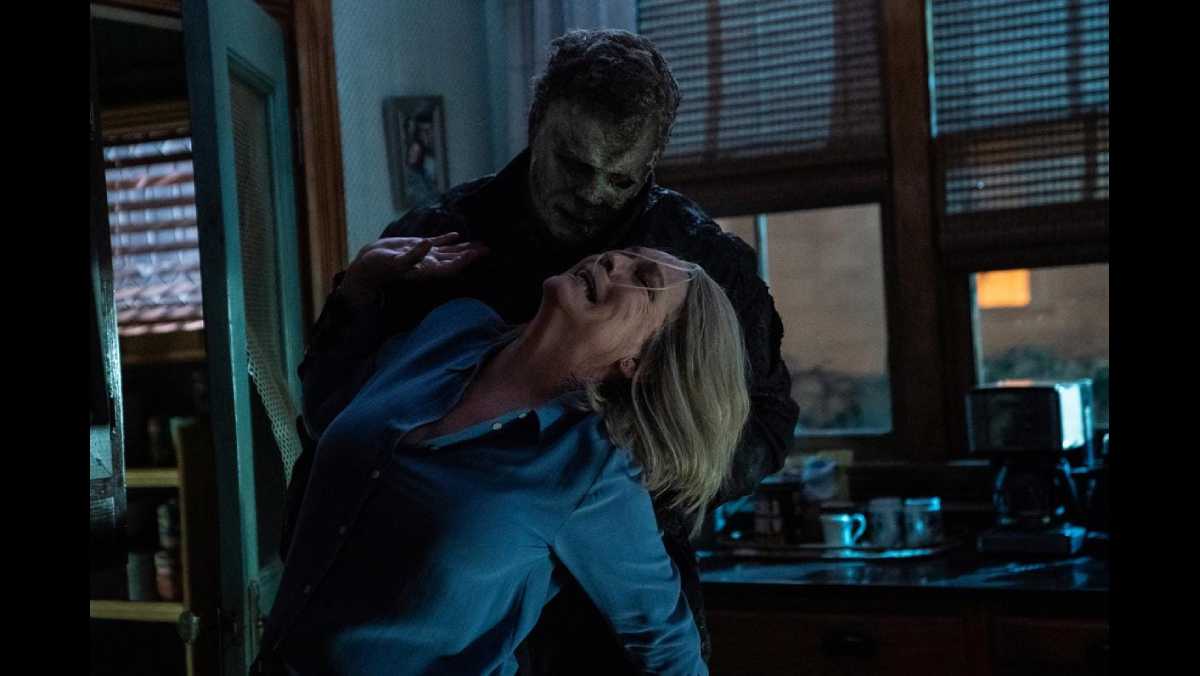 Going into David Gordon Green’s final chapter of his “Halloween” trilogy, the most promising aspect of the film is that it provides something that has been deprived of moviegoers for decades, and that is a promise. “Halloween Ends” gives viewers the assurance that after over four decades of this increasingly predictable series, it will finally come to its demise. Will evil finally die tonight? That seems to be the crux of this entire lackluster trilogy, all leading up to the final confrontation between Laurie Strode (Jamie Lee Curtis) and Michael Myers (James Jude Courtney) after countless years of torment. With such a simple setup, it is even more baffling just how much “Halloween Ends” stumbles in its execution.

The film’s predecessor, “Halloween Kills” (2021), had already left many fans with a sour taste in their mouth, but there was still a glimmer of hope that the series might still have something up its sleeve. Right from the start of the film, “Halloween Ends” throws the viewers off course. Instead of following Michael, or any of the characters from the original movie, the opening follows a teenage babysitter named Corey (Rohan Campbell). Corey is babysitting a young kid named Jeremy (Jaxon Goldenberg) while his parents are away on Halloween night. When Jeremy decides to play a prank, attempting to scare Corey, it leads to a terrible mishap that will change the course of Corey’s life forever. This setup definitely subverted expectations in a pretty entertaining way, and the movie as a whole went in a direction that has not been done before in any “Halloween” movie. However, that does not mean its new ideas were handled well.

While a change in formula is much needed in this franchise that has been clearly out of ideas for a long time, the final film in a series may not have been the best timing. Instead of focusing on delivering a proper send-off to this series, the film forces the viewer to sit through a drab love story between two people with zero chemistry, the forming of a new and non-threatening villain that takes on Michael’s mantle, and possibly the lowest kill count of any film in the series. Not that a horror movie needs an endless kill count to be good, but when every other aspect is such a bore, it leads to a disappointing and empty experience.

It is clear what Green was going for in this film. Corey’s descent into evil after being publicly shamed by an entire town, including a couple of cocky band kids, leads Laurie to easily spot out his connection to Myers. The film attempts to make a comment on how evil takes on new forms and the ways in which trauma lingers throughout a person’s life. Really, it is in the execution that these ideas fail. The visual presentation of the film, like the previous two, is bleak and lifeless. Its story is clunky and often too convoluted to make for a fun and schlocky slasher movie. The final confrontation between Laurie and Michael was about as anticlimactic as it gets. This is in part because everything that was leading up to the final climax felt so disconnected, but it is also because of the lack of suspense or sense of struggle between the characters.

Leaving the theater after watching such a confusing and dull film will, at the very least, leave the viewer with a sense of relief knowing they do not need to feel pressured to endure another one of these movies. While a new reboot, remake or sequel is pretty much inevitable in this current state of studio production, one can still live in harmony, at least for the next couple of years, without having to see this franchise be run further into the ground. Even if this series did end on such a low note, at least there can be some sort of closure for the time being.