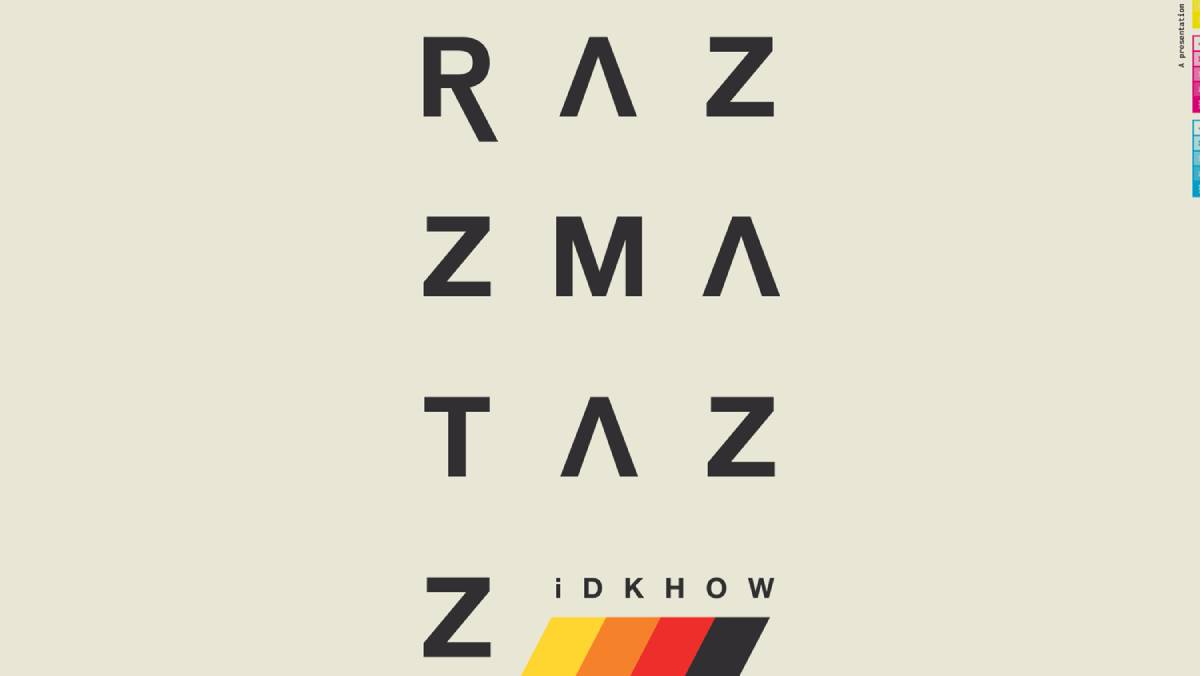 Musical duo I DON’T KNOW HOW BUT THEY FOUND ME has released its debut album “RAZZMATAZZ.” Dallon Weekes, lead singer, bassist and former band member of Panic! At The Disco, and drummer Ryan Seaman fuse the genres of alternative rock with new wave. This 80s aesthetic also influences the band’s image. This is seen in its music videos and album cover, which are VHS–tape inspired. The flair of the era mixed with modern lyrics create a fantastically executed first record.

The album opens with the ironically titled “Leave Me Alone.” Right away, the instrumentals blast their intense new wave sound. A strumming bass, a blaring electronic piano and electric beeps are a rush of excitement. The track never slows down. The vocals echo, cleverly emphasizing how much the narrator wants everyone to stay away from him: “Big shot so what? Do you wanna pretend?” It is an enthralling, heart-pumping start for the record.

“Lights Go Down” is a slightly calmer contrast to the first track. While the synthesizer is kept for its high-pitched notes, the drums play a bigger role with their deep sound. While this distinction between instrumentals is well balanced for most of the song, the synthesizer can become annoyingly piercing to the ears when there are no vocals. However, there is a surprising but welcome saxophone solo. The lyrics are also creative and thought-provoking: “Corrupting the young with your uncivil tongue / What a shame if you misspeak now.”

One track, “Mad IQs,” gives a more night-club feel and adds a captivating gospel choir in the background. It is incredible that even though the synthesizer is used constantly, the band never runs out of new ways to utilize it. Here, its peppy notes bounce along with the choir and a heavy bass. Despite the lyrics about the struggle to be financially and creatively supported, the song being in major key works greatly in its favor: “Lose your mind inside a week / You can lose all of your money.”

“Nobody Likes The Opening Band” is a self-aware but bitterly quirky track. Weekes laments how the opening bands never get the recognition they deserve: “Nobody likes the opening band / Their set time’s far too early and I’ve never heard of them.” The only instrumentals are a belting piano and tambourine, making the song an amusing listen. Compared to the other songs, this track sounds completely different, but it works because of the repeating themes of being an outsider. Unlike other mainstream, alternative bands, I DON’T KNOW HOW BUT THEY FOUND ME explores and approaches different sounds and manages to weave them perfectly within the album.

A slow, semiballad, “From the Gallows” has a jazzy tone to it. Even though the instrumentals are lighthearted and the vocals tranquil, the lyrics tell a tragic story about the narrator being obsessively in love with someone. The song takes a further step by having a robotic voice speak a spoken interlude. It is the most eccentric and entrancing song on the record.

The titular track, “RAZZMATAZZ,” closes the album. A booming piano, drums and ghostly sounding choir make this song an earworm in the best way possible. Weekes’ vocals are hypnotizing, making the listener want to stay in the world of this album. The saxophone returns, better than ever. Just like “Leave Me Alone” was an awesome opening, “Razzmatazz” is the same as the closer.

I DON’T KNOW HOW BUT THEY FOUND ME proved its potential and talent in its debut. While the synthesizer can be grating, it still plays an important role and rarely sounds repetitive. The band’s odd takes on themes like otherness and isolation with its distinguishing vocals and instrumentals are intriguing. “RAZZMATAZZ” is definitely different from the usual alternative genre, and that difference should be embraced.