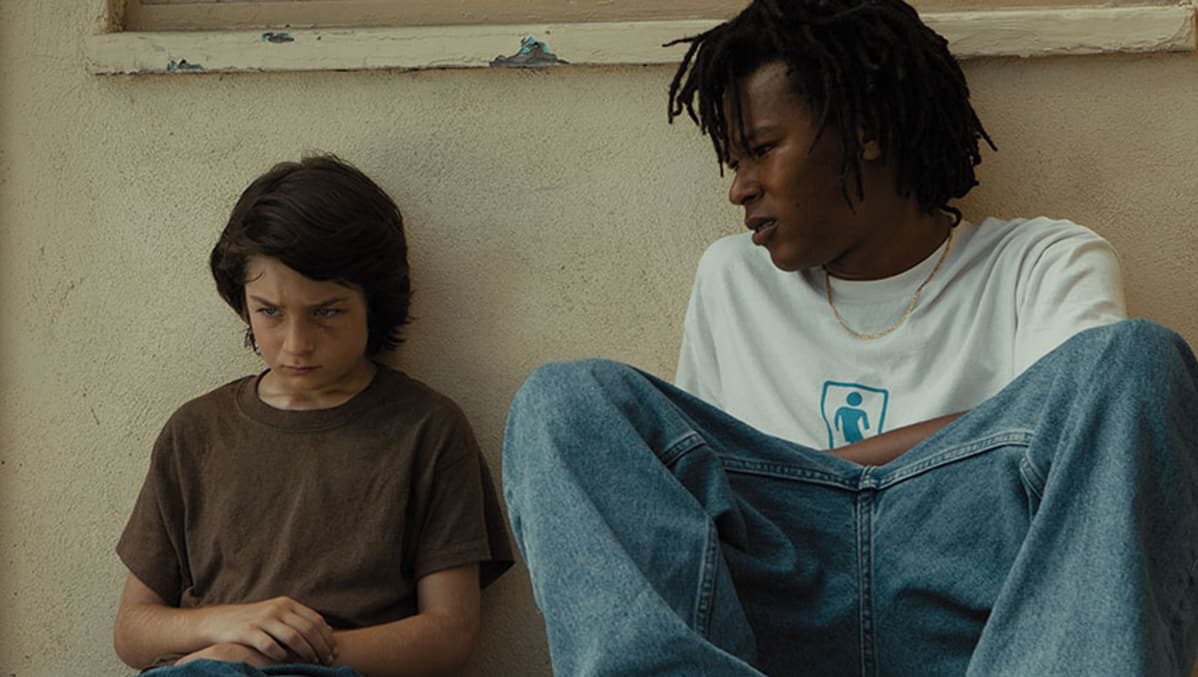 Jonah Hill’s directorial debut, “Mid90s,” reminisces on relatable aspects of adolescence while containing subject matter unlike that of other coming-of-age films.

The film opens with 13-year-old Stevie (Sunny Suljic) taking a violent beating from his older brother, Ian (Lucas Hedges). This perturbing scene provides the audience with a taste of what’s to come: a sentimental yet brutally honest look into Stevie’s coming-of-age experiences in the mid-90s.

The film follows Stevie’s journey through the height of adolescence, his experiences stemming from his wish to be as “cool” as his brother. He begins hanging around his local skateboard shop, observing the employees and their friends — a group of foul-mouthed, skating-obsessed teenagers consisting of ringleader Ray (Na-Kel Smith), his laid-back sidekick “Fuckshit” (Olan Prenatt), the silent, easy target “Fourth Grade” (Ryder McLaughlin) and the youngest yet most aggressive, Ruben (Gio Galicia). Stevie is taken in by the boys and dubbed “Sunburn” after a bad joke he made during his first hangout. After winning their approval, Stevie is introduced to a world entirely different than his own — one that consists of skating, drinking, smoking and partying with girls.

The film is full of 90s cliches — grunge fashion, Discmans, skater attitude and Nintendo 64 games. These elements and the overall gritty quality, given that the film is shot on 16mm film, makes the story feel authentic and loyal to the time period it conveys. The film also features relatable aspects of adolescence, especially through Stevie’s desires to grow up and fit in.

Despite highlighting some tough coming-of-age experiences, “Mid90s” doesn’t only focus on the plights of individual characters — it is also an homage to the time period and to Los Angeles. A single shot summarizes this tribute best: the group of boys skating down the center of the freeway at sunset, passing rows of palm trees. The dynamic among the boys, as well as their laid-back behavior, feels familiar and nostalgic, almost as if the audience is right there with them. While the film is not autobiographical, it is centered on the same time and location as Hill’s childhood, and it is evident Hill had plenty of inspiration to make the story appear authentic.

While “Mid90s” introduces several conflicts between characters and their personal lives, it leaves most of them unresolved. The members of Stevie’s friend group have rough home lives, which are all mentioned but never revisited. Several major issues are barely addressed; for instance, throughout the film, Stevie repeatedly engages in self-harm — like scratching his leg raw with a wire brush after stealing money from his mother or attempting to choke himself with a chord after fighting with Ian — after doing “bad things.” This jarring behavior happens frequently but never really receives an explanation or resolution. There are a few instances in which the film has the opportunity to build on relationships between characters, like with Stevie and his mother or with different members of the group, but instead, the moments fall flat and barely scratch the surface.

Because many aspects of the film are surface-level, “Mid90s” is more of a glimpse into a time period than anything. The plotline leaves several loose ends untied, highlighting issues but not necessarily carrying them out. Yet, somehow, the lack of resolution works as a positive. The film leaves the viewer with hope for the characters instead of attempting to fix every issue introduced, an outcome that is refreshing and realistic. Watching “Mid90s” feels like a friend telling you about their childhood — it’s simple but intriguing and nostalgic.

Review: Skating drama is flawed, but stylish and sincere