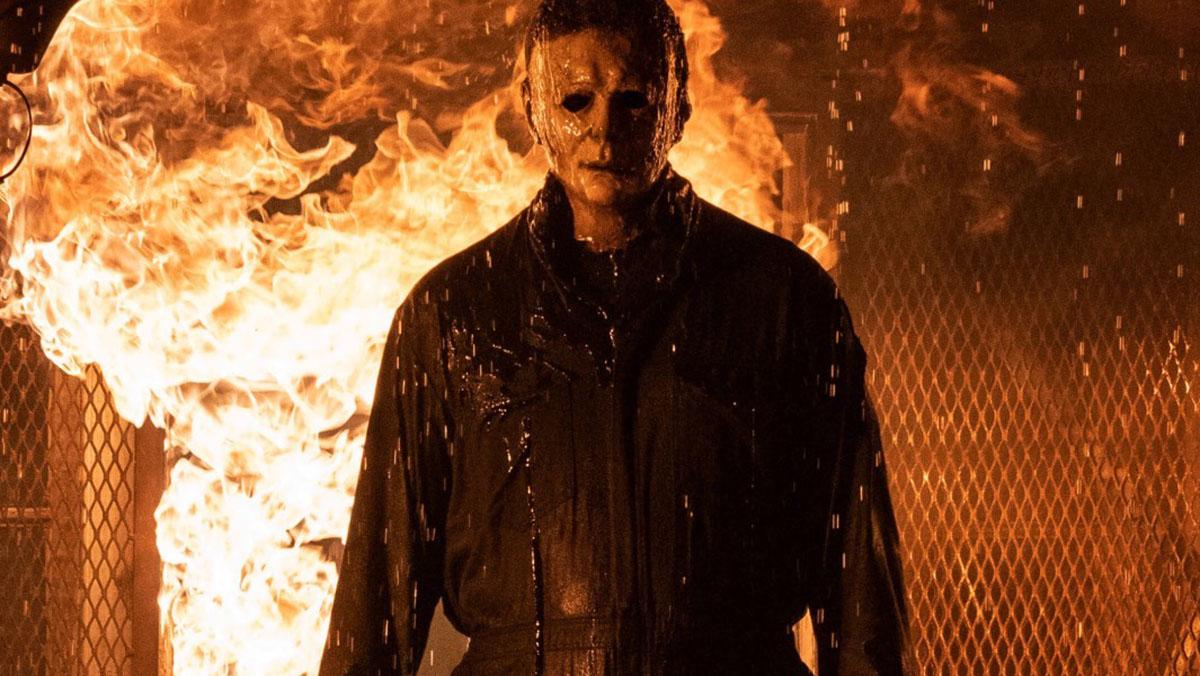 Courtesy of Universal Pictures
The “Halloween” brand is an automatic sell — especially in October — so even trying to make an intelligible film seems too lofty an ambition.
By Jackson Noel — Staff Writer
Published: October 27, 2021

First of all, shouldn’t the title be “Michael Myers Kills?” In the context of the film, the holiday Halloween certainly does not kill anyone. Semantics concerning the title, however, is the least of the problems for “Halloween Kills,” the 10th entry — 12th including Rob Zombie’s two remakes — in the classic slasher franchise.

Although technically “Halloween Kills” is not the 10th film in the lineage, director David Gordon Green’s 2018 “Halloween” was posited as a direct sequel to John Carpenter’s original film of the same title — thus retconning a number of absurd plot twists the series would take including Laurie Strode’s (Jamie Lee Curtis) blood relation to Myers. With this newfound freedom in mind, Green, along with co-writers Danny McBride and Scott Teems, instead drags “Halloween Kills” through the most mind-numbingly confounding yarn in the entire “Halloween” oeuvre.

Set in 2018, moments after Green’s “Halloween” concludes, three generations of the Strode family ride to the hospital under the assumption that masked killer Michael Myers has been defeated for good. But there would not be a film if this were the case, so Myers quickly escapes  and begins yet another murderous rampage around the quiet, fictitious Illinois town of Haddonfield. With local members of the town well aware of its grisly history, they form a stampeding mob led by Tommy Doyle (Anthony Michael Hall) — the young child Laurie babysat in the 1978 “Halloween” — seeking to finally rid Haddonfield of Myers’ wrath.

It should be noted right off the bat: there is nothing positive to be said about “Halloween Kills.” The camerawork was mostly in–focus and pointed in the right direction, but this hardly forms the sole basis of quality cinema. Almost every decision made in the production of this film points toward its glaringly lone goal: raking in the cash at the box office while audiences wait in anticipation for the previously announced conclusion to Green’s trilogy in “Halloween Ends.” At this point, the “Halloween” brand is an automatic sell to audiences — especially in October — so even trying to make an intelligible film seems like too lofty an ambition.

No idea or theme emerges from the reappearance of Tommy alongside other minor characters from the original film — these are names recognizable to fans of the series, and that is it. Every piece of exposition gets delivered in some clunky fashion that the film can only trudge through. The choice to introduce another new cast of characters quickly becomes frustrating when Laurie and her daughter, Karen Nelson (Judy Greer), get sidelined in favor of the “fresh blood” conceived as further victims for Myers. Laurie spends a decent chunk of the film in a hospital bed and the rest aimlessly running around, hardly a performance worthy of the series’ most famous face. Avoiding focusing on the central characters of the series feels like a rather dubious way of ensuring they will survive long enough until the next entry, thus making “Halloween Kills” filler.

Then comes the slaughter: a mandated aspect of slasher films, even though in Myer’s case it feels particularly superfluous. A common confusion about the “Halloween” franchise again surfaces in “Halloween Kills” — if Myers‘ expressed objective is to kill Laurie, why does he spend most of the film going out of his way to off random innocents? No conclusion to this question gets reached beyond that gruesome butchery comes with the genre. None of the overextended massacres advance any semblance of plot; instead, it serves as a splash of violence in an otherwise dramaless film. Gone is the chilling tension of Carpenter’s 1978 masterpiece and in its place are simple setup and payoff executions of strangers.

Put simply, “Halloween Kills” has not a single reason to exist, nor does it have any qualms with being cinematic padding for a franchise long past its expiration date. Perhaps its most astonishing achievement is somehow ending up even worse than “Halloween: Resurrection,” where Busta Rhymes kung fu battles Myers before drop-kicking him out of a second-story window. The bar of quality for “Halloween Kills” was almost ground-level and, inexplicably, it still could not reach it.