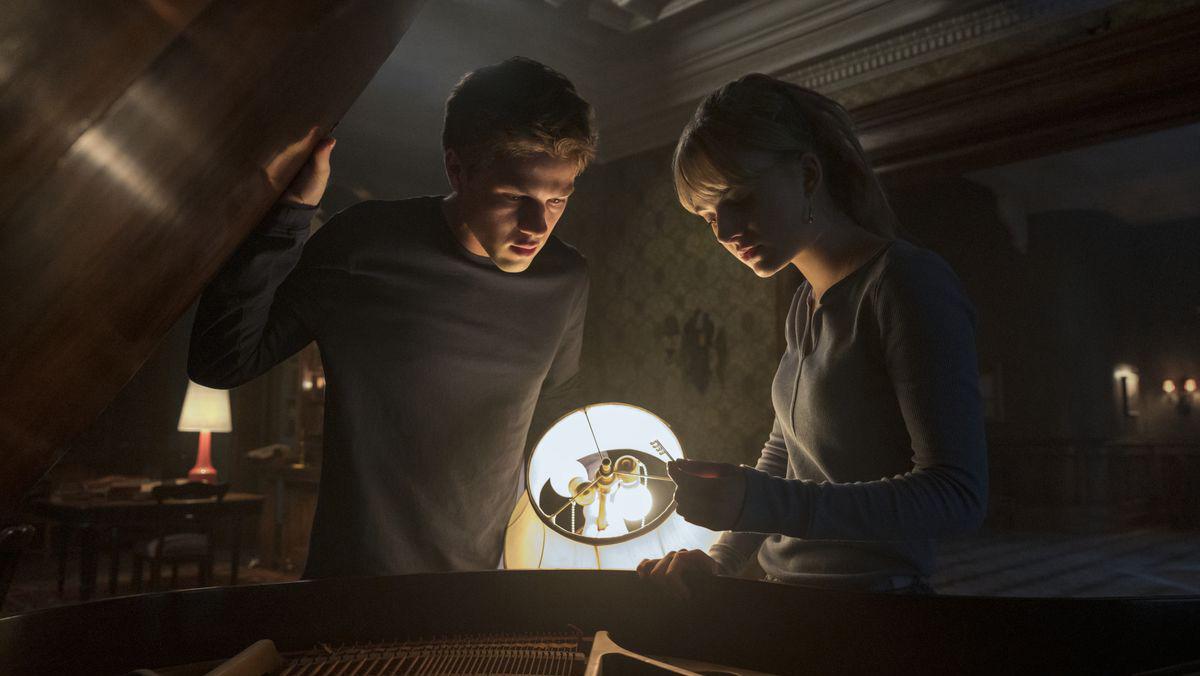 Courtesy of Netflix
"Locke & Key" is a new fantasy horror show from Netflix. The show is well-crafted and visually pleasing, but it does not live up to its promising premise that is introduced at the beginning of the show.
By Thomas Machacz
Published: February 19, 2020

Who hasn’t wondered about that creepy house down the road? This is a trope that goes back as far as gothic novels of the 18th century that weave tales of romance and woe by candlelight. Netflix’s latest fantasy horror series, “Locke & Key,” attempts to add another chapter to this centuries-long curiosity, with mixed results.

The series centers around the three Locke siblings — Tyler (Connor Jessup), Kinsey (Emilia Jones) and Bode (Jason Robert Scott). Following the murder of their father, the Lockes move with their mother to an ancestral Massachusetts manor. There, they find magical keys that possess a range of seemingly unlimited powers. But as the siblings learn more about the keys, and the mystical beings that seek the keys’ power, ugly truths about the Locke family come bubbling to the surface.

With such a promising setup, one would think the series would deliver something delightfully strange. In reality, the series is short on chills and high on oversimplified characters and petty teen drama.

At the center of the story are the two Locke teens, Tyler and Kinsey, who struggle to adapt to their new environment. Standard issue bullies and best friends come and go throughout the season. Many of the dramatic twists and turns feel silly and easily avoidable, even for a high school narrative. Beyond the local high school, Bode encounters similarly tedious situations, though his young age makes such silliness more forgivable.

For example, there is a moment approximately halfway through the series in which Tyler and Kinsey find a shapeshifting key. Immediately after, they witness a crime committed by one of their most trusted companions. Despite the obvious connection, neither character considers that the key had been used to commit the crime. The series is littered with these maddening delays in resolution.

In spite of its plot issues, “Locke & Key” is a visual treat. There are few settings as fascinating as a historic manor, and Keyhouse deserves a place among the chilling estates that curse “Crimson Peak” and “The Haunting of Hill House.” The Lockes’ new home is a lush Victorian manor filled to the ceiling with dark, imposing furniture and garish artwork. It is easy to get lost in the details during the silent moments between scenes. The visual effects are just as wonderful, each with their own bold style and distinct visual history.

Stephen King once wrote, “Monsters are real, and ghosts are real too. They live inside us, and sometimes, they win.” Watching “Locke & Key,” it is difficult not to think of King. The series is produced, co-written, and based on the graphic novel by Joe Hill, King’s son and a bestseller in his own right. It features many of the elements we have come to know as King trademarks: a quaint New England town, alcoholism, abusive parents and a malevolent magical force with murky origins. Despite all of this, the new Netflix series lacks perhaps the most crucial element of King’s work — its boundless empathy.

There is little respect for the characters, and, consequently, little respect for the audience. What is obvious to the audience is frequently beyond the understanding of the characters, leading to a frustrating and disappointing experience. In order to honestly showcase characters who suffer the effects of trauma and addiction, it is crucial to treat them with respect, not as simplified archetypes. That is the heart of the aforementioned quote from King and what drives so many readers and moviegoers back to stories like “The Shining.” The monsters and ghosts that wrestle inside us sometimes win, and that is exactly what makes us human, no less than anyone else.

“Locke & Key” attempts to have it both ways, treating lighthearted elements of fantasy with the same weight as genuine trauma and addiction. Granted, the show is visually stunning and competently crafted. However, it mostly leads to a viewing experience that is passively interesting at its best and downright patronizing at its worst.