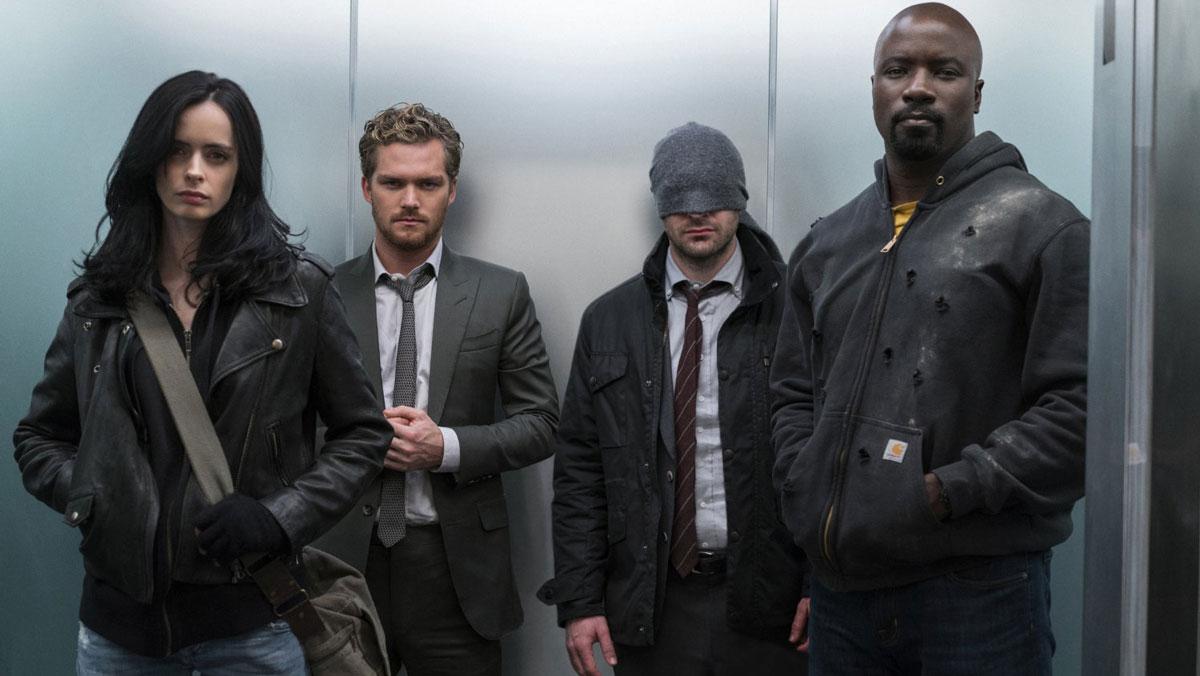 Netflix
Marvel's "The Defenders" is the culmination of the four previous superhero shows featured on the streaming platform. The limited series brings together Daredevil, Jessica Jones, Luke Cage and Iron Fist to battle the Hand.
By Colin Tessier — Staff Writer
Published: August 30, 2017

“The Defenders” defies the expectations that come with the superhero genre and offers a fresh take on a market that is becoming diluted. All four of the main characters are flawed, which sets the foundation for a much more realistic group. Sure,  there are fight scenes, costumes and a big climactic battle, but this show goes deeper than that. “The Defenders” links the four previous Netflix shows: “Daredevil,” “Jessica Jones,” “Luke Cage” and “Iron Fist.” It is a compelling study of what it means to be a hero.

“I’m not looking for superfriends,” Luke Cage says in an episode of “The Defenders.” However, by the end of the series, that’s what he finds. Throughout the eight episodes of the show, Luke and his teammates all make it clear that they are not looking for teammates or partners. But when the Hand threatens to destroy New York City, the heroes are forced to join together. The heroes’ reluctance to both bond with and trust each other is one of the most significant motifs in the show. First, attorney Matt Murdock, aka Daredevil, and Danny Rand, aka Iron Fist, do not get along because they have the same goals on different scales and disagree on the best method to accomplish their mission. Danny fights the Hand on a global scale, while Matt’s  battle has been contained to New York City. Jessica and Luke struggle to reconcile their past relationship, while Luke mistrusts Danny’s privileged background. These relationships further the tension among the teammates, and the heroes must overcome this hostility in order to save the city. This challenge is one of the show’s most enthralling aspects.

Even more captivating than the team’s struggles to unite is the prevalent theme of identity. None of the team members struggles more with their identity than Daredevil. At the start of the show, he is a broken hero. The events of “Daredevil: Season 2” have notably changed him. Most significantly, he has given up his role as a superhero because his relationships with his closest friends were destroyed in his battle with the Hand. He has stopped wearing his costume and has ceased his war on crime, at least outside of his work as a lawyer. All four members of the team experience identity crises. These difficulties make each character vulnerable, which is why they are less trusting of one another early in the season. Like “The Avengers,” “The Defenders” is a strong sum of the parts that came before. Each character’s history matters but doesn’t get in the way of the new central conflict. Despite facing different threats in a literal sense, they are all united in their war against the Hand and their struggle to get along. Even characters who struggle to stand on their own, like Danny, are given new life in a team context. The challenges each hero must overcome make the eventual team-up more affecting. The Defenders are bold enough to put aside their differences for the good of New York City.

While the heroes gradually bond, the Hand starts as a secure unit that unravels. Therefore, the Hand acts as a compelling foil to the heroes. Alexandra Reid (Sigourney Weaver) is a strong lead villain, as she is bold, determined and fearless on a quest to complete her version of the Hand’s mission. The other main villains, such as Madame Gao and Nobu Yoshioka, are part of an intriguing subplot as they try to take down Reid. The Hand is not a perfect villain, which takes some of the punch out of the major confrontations. Both Alexandra’s actions and the responses of her associates are predictable. It doesn’t completely undercut the threat of the Hand, but the predictability does strip it of some of their potency.

Comic book fans, casual and hardcore alike, should enjoy “The Defenders,” as it has the ingredients for a modern superhero story and features some of Marvel’s most notable characters. However, anyone could enjoy this show, as its analysis of identity and its characterization of the heroes make the show quite relatable. “The Defenders” is an exciting adventure filled with action and heartfelt growth for the four main characters.