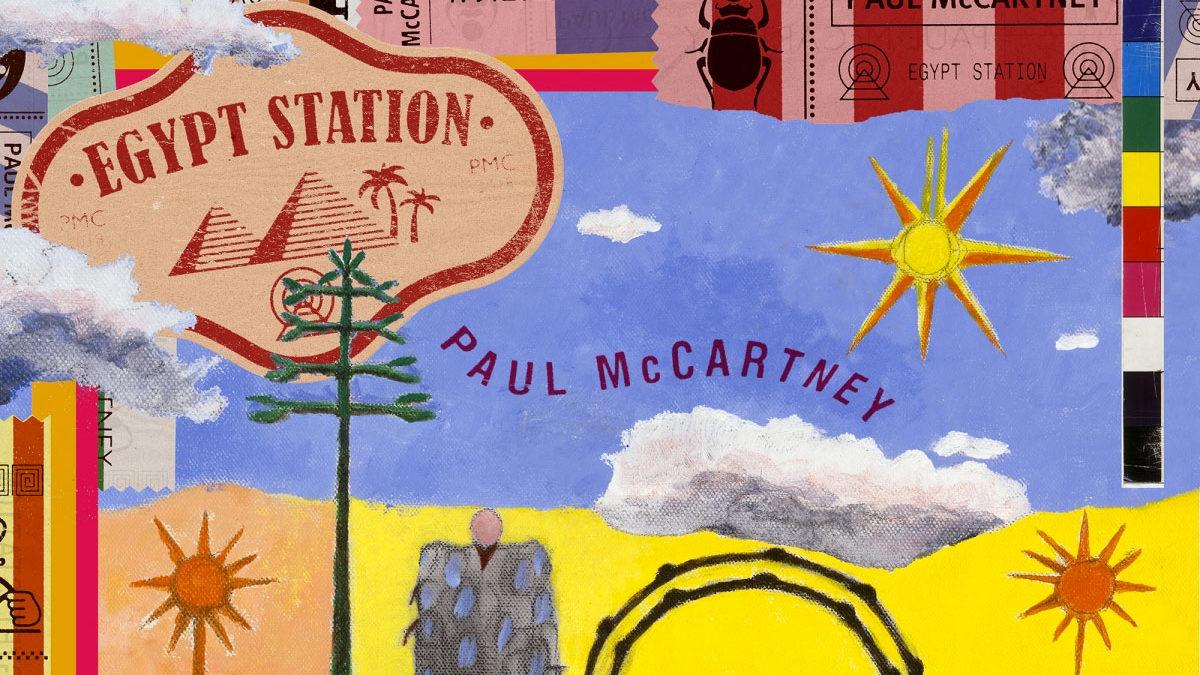 Paul McCartney takes the listener on a train ride in “Egypt Station,” the newest addition to his nearly infinite discography. The album is executed with precision from the very start — dominating guitar riffs and growling, distinctive vocals prove this album is solely McCartney’s.

Guitar meshes with heavy drums and blaring peals of trumpet in “Come On To Me,” one of the earlier songs on the album. It’s made immediately clear that McCartney is an expert in choosing the correct blend of instruments to create memorable songs. He uses a piano to carry the uplifting melody of “I Don’t Know” and a melodious acoustic guitar to carry the blithe and pleasant love story of “Happy With You.” McCartney also beatboxes in “Happy With You,” experimenting with his voice amid the velvety guitar. Following the sweeter melody is the edgier “Who Cares,” a song that matches “Come On To Me” in energy. Both are accentuated by intense electric guitar and snappy interjections from the drums.

“Fuh You” is unfortunately one of the weaker points of “Egypt Station.” McCartney dabbles in pop here, diverging from the firm foundation of rock the album has already set itself on. It’s fun to listen to, but the lyrics can be repetitive, and the autotuned background vocals verge on generic. Though his experimentation is unsuccessful in “Fuh You,” “Back in Brazil” proves that his divergence from rock can be effective. “Back in Brazil” is smooth and fresh, introducing a fluttering flute to the defining bass, guitar and drum that dominate the album. “Nights are for dancing/and days are for the sun” perfectly encapsulates the feeling of this experimental song — lively, jazzy and relaxed.

The latter half of the album is where McCartney truly showcases his inimitable skill. While the former half of “Egypt Station” switches between lighthearted love songs and grittier rock, the latter half has a more enthralling and inviting tone and atmosphere. “Ladies and gentlemen/Standing before you with something important to say,” McCartney sings before launching into the optimistic and energized melody of “People Want Peace,” the vivacious introduction to the new side of this album. Later on in the album comes “Caesar Rock,” which, though adorned by repeated lyrics, never becomes repetitive. It’s akin to “Come On To Me” and “Who Cares,” but McCartney’s ability to stitch together revs of solo guitar and snarling vocals together makes “Caesar Rock” more notable than its predecessors.

The album concludes with “Hunt You Down/Naked/C-Link,” a three-part ensemble clocking in at six minutes and 23 seconds. This striking compilation is the anthem of “Egypt Station.” It combines the album’s trademark heavy guitar with stimulating vocals at the song’s inception, eventually slowing down to a drum-focused middle section. The final few minutes of “Hunt You Down” — and the album — are a slow outro, a surging instrumental section filled by periodic orchestral swells and, of course, matching electric guitar riffs. This combination of sounds is another testament to McCartney’s musical wit, which — though exemplified best in this final train stop — is explicit in the rest of the album, too. Freeing this final section from vocals allows the listener to think over the past 16 tracks, savor the expiring seconds as they slip away, and think, in the song’s wake, of the nearly perfect McCartney rock that silhouettes “Egypt Station.”