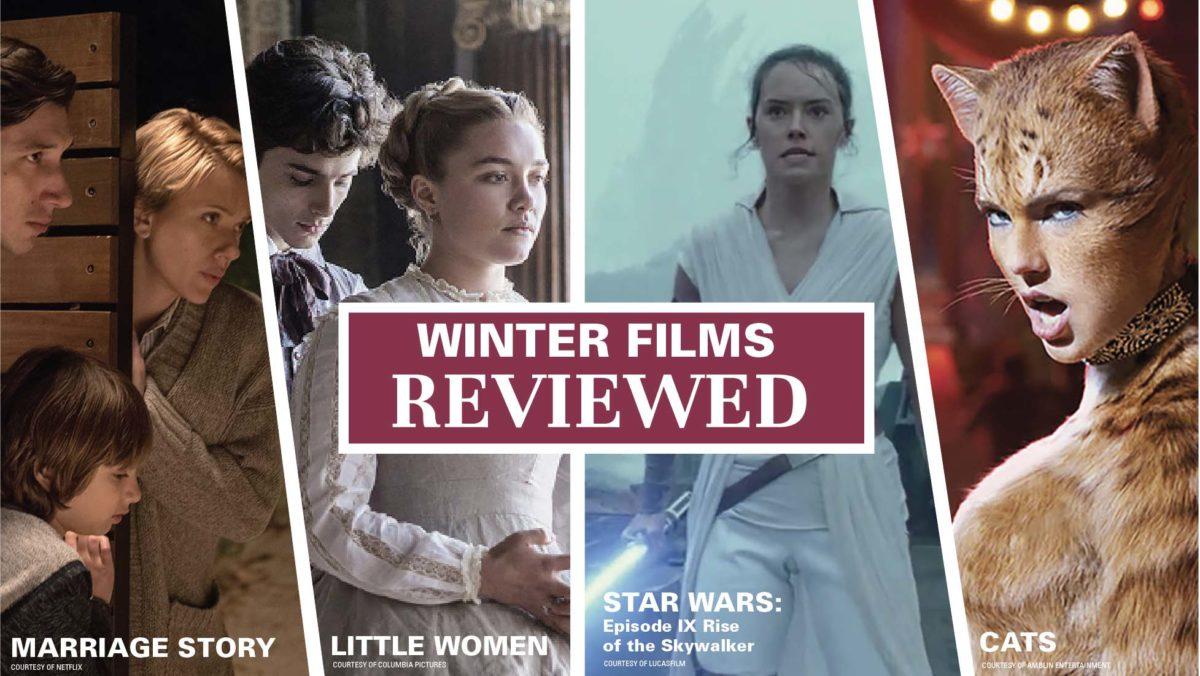 Having gone through a divorce is not a requirement to watch and emotionally connect with “Marriage Story.” The new Netflix original film transcends expectations of storytelling for original content on streaming platforms.

The film follows a stage director, Charlie (Adam Driver), and an actress, Nicole (Scarlett Johansson), as they go through a crushing coast-to-coast separation, with Charlie in New York and Nicole and their son in Los Angeles. With their dreams put on hold and a child (Azhy Robertson) in the middle of it all, the separating couple are pushed to their emotional limits. Whether it’s having his characters meet with lawyers or sit in court, director Noah Baumbach’s screenplay is able to take the most unadorned details of the modern-day divorce process and turn them into riveting and nuanced scenes.

Driver and Johansson’s Oscar-nominated performances and the conflict between their characters are the highlights of this film. Both characters are given room to develop as they struggle to stay companions and to not act out of self-interest. Comedy and tragedy are cleverly intertwined through every line of dialogue, making “Marriage Story” feel as raw and frank as life itself.

The March sisters walk in tandem, rosy-cheeked, dressed warmly and arms interlocked. Their backdrop is snowy Massachusetts, the nostalgic and handsome stage of “Little Women.” The March sisters are well explored in the film, but the striking material in writer-director Greta Gerwig’s film is much like her first strides in “Lady Bird.” Her characters and their world are alive, formidable and, most importantly, confidently daring.

While a fine collection of well-cast actors breathe spirited energy into the movie, moments of delicate vitality live in Gerwig’s script. This nuance derives from both the script’s dialogue and its nonlinear narrative. These moments exist when the sisters share the screen, filling their living room or kitchen or the ears of their mother, Marmee (Laura Dern), with complaints and challenges and characteristic interruptions. Gerwig balances their ceaseless competition with their unshakable sisterhood, with a particular focus on the coarse thread that links elder sister Jo (Saoirse Ronan) to her younger sister, the admiring Amy (Florence Pugh).

There was little reason to tell an old, familiar story until Gerwig reimagined it. In Gerwig’s characters’ tender, fiery and independent souls lie great glimpses of modernity, a cherished accomplice to the same wit, complexity and heart of the source material.

“Star Wars: The Rise of Skywalker”

Disappointing, mixed, cluttered. These are all words being thrown around to describe the newest and potentially final film in the Skywalker saga. But, frankly, this film does not warrant the aggressive reactions it is receiving. “Star Wars: The Rise of Skywalker” continues the story of Rey, the Resistance and the ongoing battle against the First Order.

This film’s strengths lie in its strong characters and the emotional moments they share. It’s a thrill to see Finn, Poe and Rey sharing the screen again as well as watch the continuing conflict between Rey and Kylo Ren. However, the film falters because of its messy writing. It feels like J.J. Abrams and Chris Terrio are trying to fix “Star Wars: The Last Jedi,” director Rian Johnson’s subversive prequel. Despite this flaw, the film is a whimsical and exciting Star Wars story that works well on its own. “Star Wars: The Rise of Skywalker” is far from the weakest entry in the legendary franchise, managing to tie things up in an exciting and satisfying way. The film provides many moments that will resonate with longtime fans, even moving them to tears as it proves the force will be with them, always.

“Cats,” an adaptation of Andrew Lloyd Webber’s famous musical, is a structural and technical mess. However, the film’s catchy songs and several bizarre–yet–entertaining dance sequences have the potential to make the film worth a reluctant watch.

In the movie, a tribe of cats called the Jellicle Cats gather annually in London in hopes of being chosen by the tribe’s elder, Old Deuteronomy (Judi Dench), to be reborn into a new life. This opportunity is possible if the cats can avoid being kidnapped by the villainous cat, Macavity (Idris Elba), who hopes to be chosen solely by process of elimination. Despite a somewhat promising setup, much of the film’s approximately two-hour runtime consists of flashy musical numbers in which cats played by big names like James Corden, Rebel Wilson and Jason Derulo introduce themselves.

If they are able to look past the weak plot and lazy CGI, audiences may find the film’s high-energy dance numbers its only saving grace. A standout dance performance comes from newcomer Francesca Hayward, playing the graceful protagonist Victoria, who shines in all of her numbers.

Audience members may leave “Cats” confused and disappointed, but they will also find themselves humming the tunes for weeks to come.