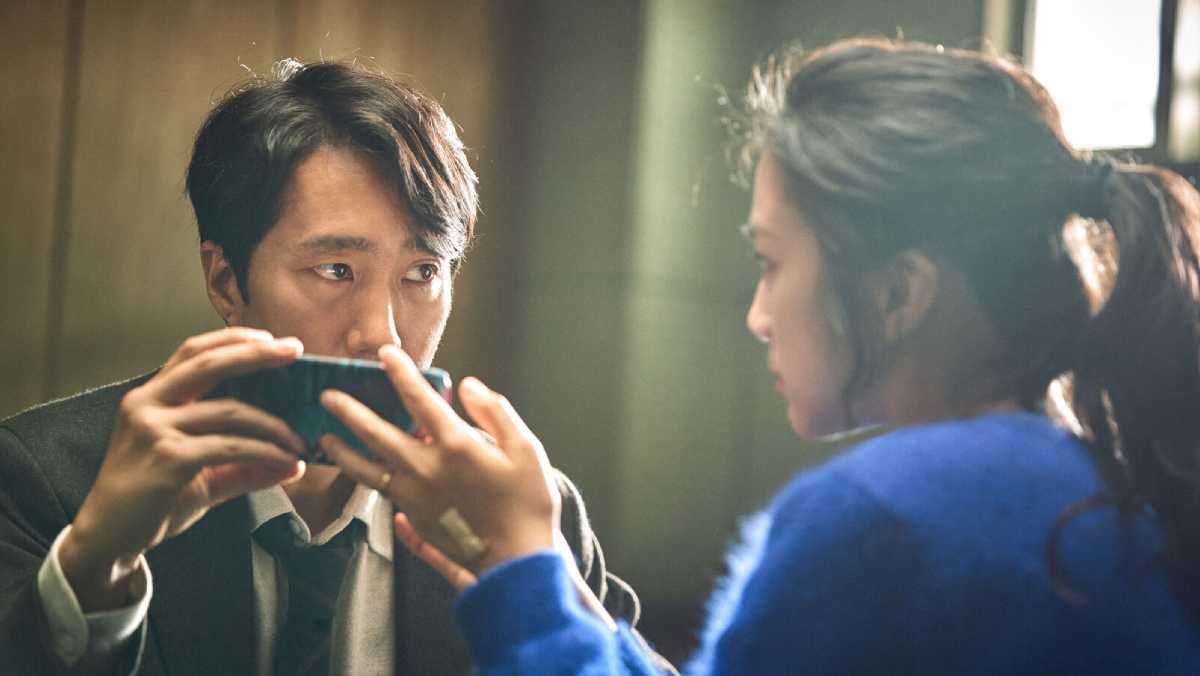 Park Chan-wook has always held a keen interest in exploring the human condition, through both highly sexualized and violent means. Most recently, “The Handmaiden” (2016) tells a love story showered with masterfully executed twists at each turn and explicit sex scenes to spout. As perhaps his most famous movie, “Oldboy” (2003) is considered to be one of the most disturbing revenge movies ever made. With his latest outing, the Korean-language film “Decision to Leave,” Chan-wook playfully finds where the detective crime thriller meets the impassioned love story; two genres he has dabbled in the most throughout his impressive filmography.

When Hae-joon (Park Hae-il), a detective who thirsts for violence, investigates the death of a man falling from the top of a mountain, he finds himself drawn to the wife left behind, Song Seo-rae (Tang Wei), while also being doubtful of her supposed innocence. As he begins to follow and watch her closely, a connection forms between the two that is just the start of a long web of puzzle pieces. “Decision to Leave” challenges audiences to put together the pieces in this thrilling, alluring and exquisitely-crafted neo-noir romance.

The voyeurism that comes with watching Hae-joon study Seo-rae’s whereabouts makes audiences feel like they are spying on someone and being somewhere they shouldn’t be, similar to the Alfred Hitchcock film “Vertigo” (1958). The camerawork has a unique personality of its own, often uncomfortably zooming in on key moments.

The thoughtful staging and blocking of the actors, particularly during the romantic interactions between Hae-joon and Seo-rae, conveys the mysterious dynamic between the two without the dialogue having to spell everything out. The performances by Hae-il and Wei are also excellent. As the film takes place over the course of multiple years, the ever-changing relationship between the two can be seen just in the way the two leads look at each other, longing for something greater. The ability to convey so much emotion through facial expressions alone is extremely impressive.

One of the biggest strengths of “Decision to Leave” is in what is unsaid between the characters, as Chan-wook places trust in his audience to follow along. Even the plot twists are often delivered in less obvious ways, making it very easy to miss all of the carefully planted details throughout. This is a clear departure from Chan-wook’s past work, which was more explicit with presenting important information to viewers.

Some fans of Chan-wook’s work may find themselves taken aback by the more restrained nature of the film and the fact that the sex and violence is dialed way back, but the romantic tension between the two leads is just as believable. One shot on a snowy mountaintop toward the end of the movie is a showcase for some of the most beautiful cinematography of the year, capturing the undeniable tension between the two leads while also conveying the turmoil that comes with falling for someone who may be out to kill.

Korean cinema has long been dominating internationally, and U.S. awards are only just starting to take notice — as evident by the recent success of “Parasite,” directed by Bong Joon-ho, at the Academy Awards in 2019, a historic moment as the first international film to win Best Picture. Many film fans have speculated whether Chan-wook will follow a similar trajectory to Bong Joon-ho at the Oscars, with “Decision to Leave” being Korea’s submission for Best International Film this upcoming year. Only time will tell if the film is recognized, but regardless of awards, Chan-wook has crafted a film that will truly stand the test of time. The desire to dive back into its unraveling, complicated plot is quite enticing, to say the least.