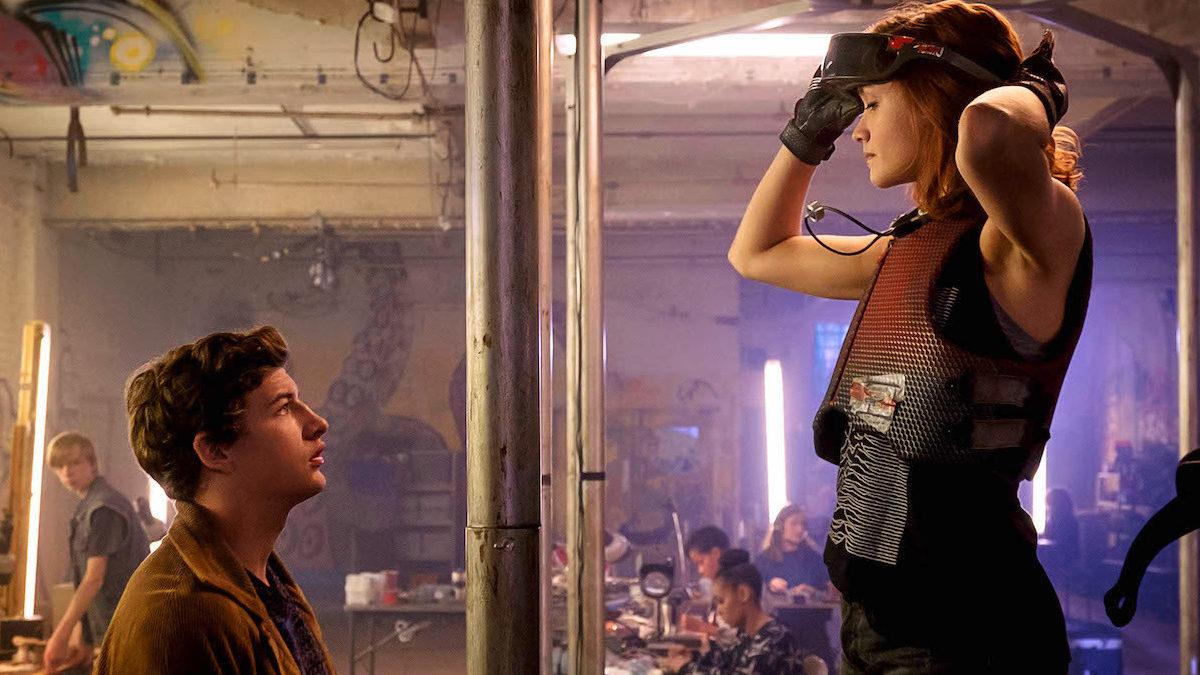 Imagine a child dumping a bin of action figures onto their bed. They mash Batman into Ryu without worrying about DC canon or the numerous obscurities of “Street Fighter” lore. To them, the simple story they create for these characters is just an excuse for another onomatopoeia-laden brawl. “Ready Player One,” directed by Steven Spielberg and based on the book by Ernest Cline — who also penned the screenplay with Zak Penn — plays out like the machination of this child; it’s silly, illogical and only enjoyable for the kid holding the toys.

In 2045, James Halliday (Mark Rylance) — think Steve Jobs but charmingly awkward — created the OASIS, an infinite virtual reality experience that enables millions of people to live out their nerdy fantasies. When Halliday dies, he leaves behind three in-game keys that will grant one person total control of the OASIS. To acquire each key, the player must complete a set of challenges based on Halliday’s love of ’80s media — hence the thousands of pop culture references scattered across the OASIS. IOI, an evil corporation under the supervision of Nolan Sorento (Ben Mendelsohn), uses its infinite economic resources to try to solve the challenges and take advantage of the OASIS’ economic potential, but after five years, IOI has yet to find a single key. Finally, Wade Watts (Tye Sheridan) aka Parzival, a walking encyclopedia of ’80s knowledge, uncovers the clues with the help of his friends Aech (Lena Waithe), Art3mis (Olivia Cooke), Daito (Win Morisaki) and Sho (Philip Zhao).

Though extremely simple, the story of “Ready Player One” is often ill-conceived and illogical. Wade beats the first challenge, a complex death race through a modified Manhattan, when he decides to drive backward through the course. Are viewers supposed to believe that, in five years of trying, no one thought to slam reverse — even for fun? Modern games are beaten, cracked and hacked within days of release, and yet it takes OASIS players five years to solve a simple mystery in the most played game ever.

Relationships between characters, particularly Wade and Art3mis, are equally absurd. After meeting twice, Art3mis and Wade are madly in love, acting like they’ve known each other for years. The romance stretches believability and makes it difficult to care about the breaks in the action. Even when they’re apart, Wade and Art3mis feel like hollow shells that the audience is supposed to fill in themselves. The other members of Wade’s crew are equally shallow — Daito and Sho are good for a few intense action sequences and a couple of offhand quips, and that’s about it. Aech is a bumbling, over–the–top character who flips between being extremely capable and unbelievably obtuse. And, worst of all, Nolan fits comfortably into the bland, bureaucratic villain archetype that plagues modern sci-fi.

At the very least, you’d think the references — the endless hordes of Master Chiefs, the dozens of Harley Quinn’s, the smattering of Cyclops from “The 7th Voyage of Sinbad” — would inject some fun into “Ready Player One,” but they don’t. After the opening tour through the OASIS, the barrage of allusions loses all meaning; they become incoherent noise, a visual cacophony of familiar iconography. The climactic battle is the worst offender; it’s set on a bland ice planet, featuring thousands of recognizable characters pummeling an army of faceless robots.

Only the second act’s homage to “The Shining” — though likely to send Stanley Kubrick’s ghost into an apoplectic fit — uses a reference in creative, silly ways. The sequence shows an infectious reverence for “The Shining,” and it’s clear that Spielberg and Cline love the source material. Wade and his friends spend time in the OASIS facsimile of the Overlook, the hotel where “The Shining” is set, and interact with meaningful landmarks within the hotel. But the sequence doesn’t just reference “The Shining;” it reveals parts of Halliday’s past. It’s the rare moment in “Ready Player One” when the exuberant action is backed up by genuine emotion. But that personal, loving acknowledgment of pop culture history is lacking from just about every other scene in the film.

“Ready Player One” never rises above its dependence on the past and loses its focus among the busy crowd shots and masturbatory in-jokes. Spielberg and Cline relish every opportunity to shove a bit of cultural history in the viewer’s face without concern for the actual plot; they’re invested too deep into their nerd fantasy to see the sloppy story they’ve told.