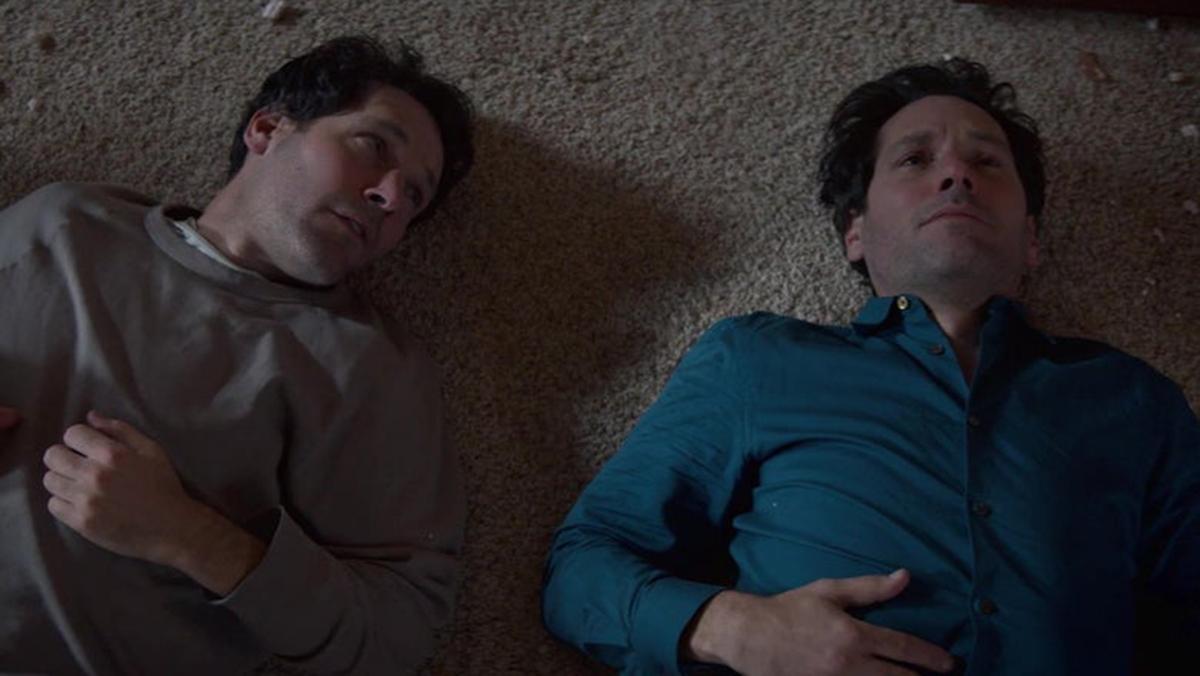 Netflix
Paul Rudd's acting carries the Netflix comedy "Living With Yourself," in which a man named Miles pays to have a better version of himself created. Rudd plays both New Miles, the newly created and more productive clone, and Old Miles, who is unhappy about his life.
By Sarah Diggins — Staff Writer
Published: October 29, 2019

Netflix’s new eight-episode series “Living With Yourself” gives viewers a peek at that reality. The series follows Miles (Paul Rudd), a suburban middle-aged man who finds himself unhappy with every aspect of his life, including his job, his marriage and himself.

Following the recommendation of a lively co–worker, Miles hands over $50,000 in cash to a shady spa in a strip mall that promises to fix all of his problems. The so-called self-care at this spa is a form of human cloning that creates a new, more confident body, while the old version is disposed of in a shallow grave. However, Miles is the first to survive the process, resulting in two different versions of himself. New Miles is excellent at his job, dresses nicely and stops to appreciate all the little things along the way. Old Miles is the same — stuck in his ways and unhappy about everything his life has to offer him. Thus begins the season-long waltz of the two versions of Miles attempting to coexist.

The majority of the series is not presented chronologically. Many episodes begin with a moment of tension involving one version of Miles before quickly backtracking and focusing on everything that led up to that point. This method of storytelling is used most frequently to show the same events from each Miles’ point of view. It is a distinct narrative structure that keeps the story suspenseful while also managing to avoid confusion.

At first glance, it may seem difficult to follow which Miles is which, but the audience will be able to catch on quickly. Old Miles is unkempt, wears dark clothing and sports a messy hairstyle. New Miles, on the other hand, is extremely put together with a trendy haircut and stylish outfits that often showcase a pop of color. There is also a certain tone set that represents each Miles. For example, a day in Old Miles’ perspective may appear as gloomy and cloudy. The same exact day would appear sunnier in New Miles’ perspective. Rudd’s excellent portrayal of the character also helps to establish the differences between the two versions while also recognizing that they are both technically the same person.

The series features a strong main cast consisting almost solely of Rudd and Miles’ wife, Kate (Aisling Bea). Kate starts the series as a seemingly stereotypical, wife-of-the-main-character role who talks about little more than the furniture in the house and her hopes of starting a family. About halfway through the series, her role in the series strengthens, and the audience begins to follow her on arcs of her own, including the frustrations she is facing at her job. Rudd and Bea’s chemistry is impeccable, creating the perfect portrayal of a deeply flawed but still loving relationship.

At the heart of it, “Living With Yourself” is a high-concept series, focusing very much on the “What if?” factors of cloning and an alternative universe where the technology of this spa is the norm. Some episodes focus more on backstory and character development, which are helpful in understanding the motivations behind the important characters. But the whole series feels as though it is leading up to a more action-packed second season, which has yet to be confirmed. The generally predictable and open-ended conclusion in the final episode could certainly lead audiences to believe so.

Despite its minor flaws, “Living With Yourself” blends humor and thrills to create a charming, entertaining series with a meaningful message: You always have the opportunity to be the best you that you can be.