Review: Comedy “The Beach Bum” gets sand in it 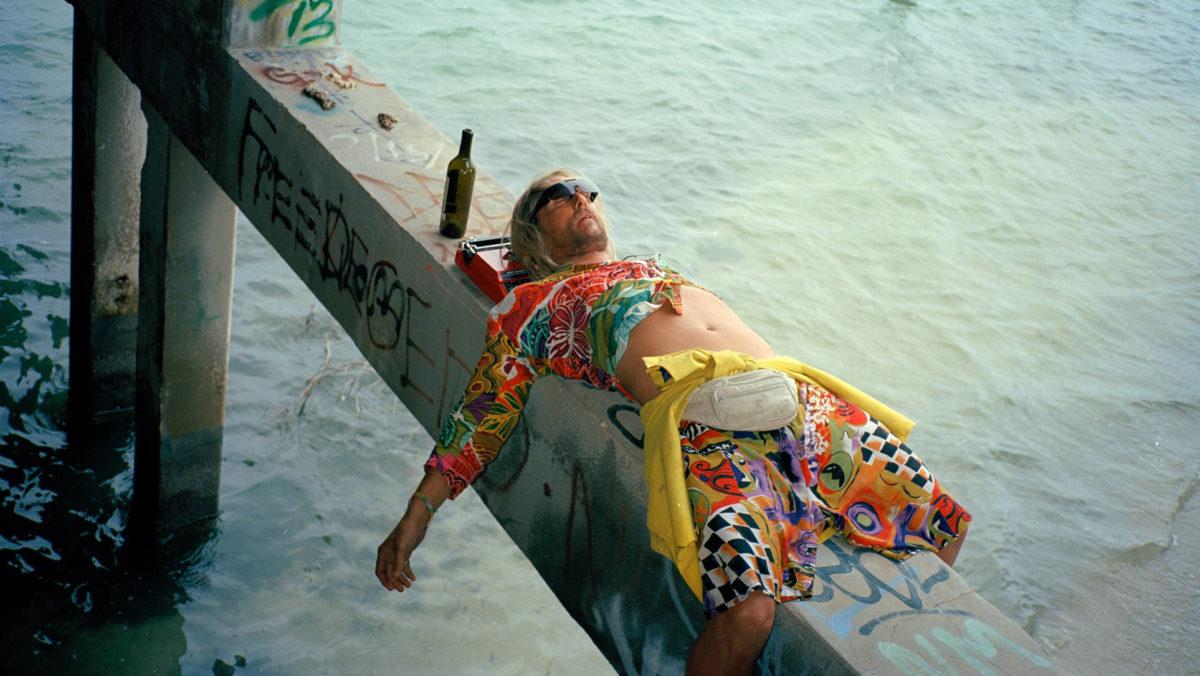 Anonymous Content
“The Beach Bum” is unbearably slow and lacks any coherent plot. The movie is also missing character growth, trapping the film in a pit of uninteresting interactions. The only appeal is the dynamic camera work.
By Emily Lussier — Assistant Proofreader
Published: April 8, 2019

“The Beach Bum,” a movie written and directed by Harmony Korine, is about exactly what one might expect from the title, and absolutely nothing more.

“The Beach Bum” focuses on Moondog (Matthew McConaughey), a has-been poet living a reckless lifestyle funded by his wealthy wife, Minnie (Isla Fisher). It opens on an inebriated Moondog wandering the streets of Key West, Florida, and stumbling upon an abandoned kitten. He then takes it to a bar, where he reads a lackluster poem about sex to a cheering crowd.

Moondog proceeds to party constantly, always under the influence and always surrounded by multiple women. It takes an aggravatingly long time for any plot progression to occur, and it finally does when Minnie calls him back to Miami to see his daughter, Heather (Stefania LaVie Owen), get married.

Moondog appears to have no real attachment to his family or to anyone at all. His character lacks depth, and though there are times at which the audience expects that he might change, but he never does. Early on in the movie, after a night of drunk driving, Minnie dies in the hospital following a car crash. Moondog seems surprisingly unaffected by this, and his behavior indicates no signs of emotional distress — he drinks and smokes heavily, but this is no different from what he’s already been doing.

Moondog’s detachment from his family feels unintentional. In fact, there are moments when it seems like McConaughey is trying to subtly express his character’s sadness about the death of Minnie — without much success. Even less subtly, near the end of the film, there is a montage of romantic moments between the two characters in a scene that is meant to portray Moondog lovingly longing for Minnie. Korine wants the viewer to think that they were in love, but it just doesn’t come across in the script or in the performances of the actors. The intention is obvious, and the poor execution is also blatant.

After Minnie dies, Moondog soon learns that per her will, he will not receive any of her money until he publishes his next poetry book. He continues to live the same rowdy lifestyle, unbothered by his lack of money or a place to live. Then, after breaking back into his old mansion and destroying it, Moondog is arrested and sent to rehab.

In rehab, he meets Flicker (Zac Efron), another patient at the facility. The two quickly form a bond, and before long, they break out together. And thus, the cycle of partying continues. Efron’s role in the movie is exceedingly quick, and Flicker’s relationship with Moondog is just one example of the many odd partnerships Moondog briefly partakes in until he is propelled into the next crazy scenario. None of the characters in the movie, besides Moondog, have a lasting presence, and this makes it difficult for the audience to feel attached to any of them.

Throughout the movie, there is hardly any progression to the plot, which lacks any important points. The only thing propelling the plot forward is Moondog’s need to finish his book in order to get Minnie’s money — an uninteresting mission that is shown progressing only in random shots of his using his typewriter at various beaches.

Moondog’s outrageous behavior is excused by everyone because he is thought to be a poetic genius. Nothing he says in the movie indicates this to the audience, however, aside from one scene in which he is interviewed by a reporter after publishing his book. Moondog is undoubtedly smart — he is able to quote D.H. Lawrence and Charles Baudelaire from memory — but he seems to lack the insightful ideas that people believe he has.

The only redeeming quality of “The Beach Bum” is its visual appeal. The variety of different shots of beaches and sunsets are stunning, and the movie is filled with splashes of bright colors. The movie offers up some interesting shots, like those of Moondog swimming in the pool at Heather’s wedding. “The Beach Bum” is undeniably visually beautiful and diverse; however, the dragging plot and poorly developed characters drastically overshadow this.

The movie eventually comes full circle. Moondog is in Key West with the same cat after receiving a Pulitzer Prize for his book, from which he reads the very same poem that he did at the start of the movie at this ceremony. The only real difference is that his wife has died and he now has a boat full of her money. But then, he intentionally sets the money on fire, leaving him with exactly what he had at the start. Moondog doesn’t change or grow — he stays the same exact beach bum that he’s always been.