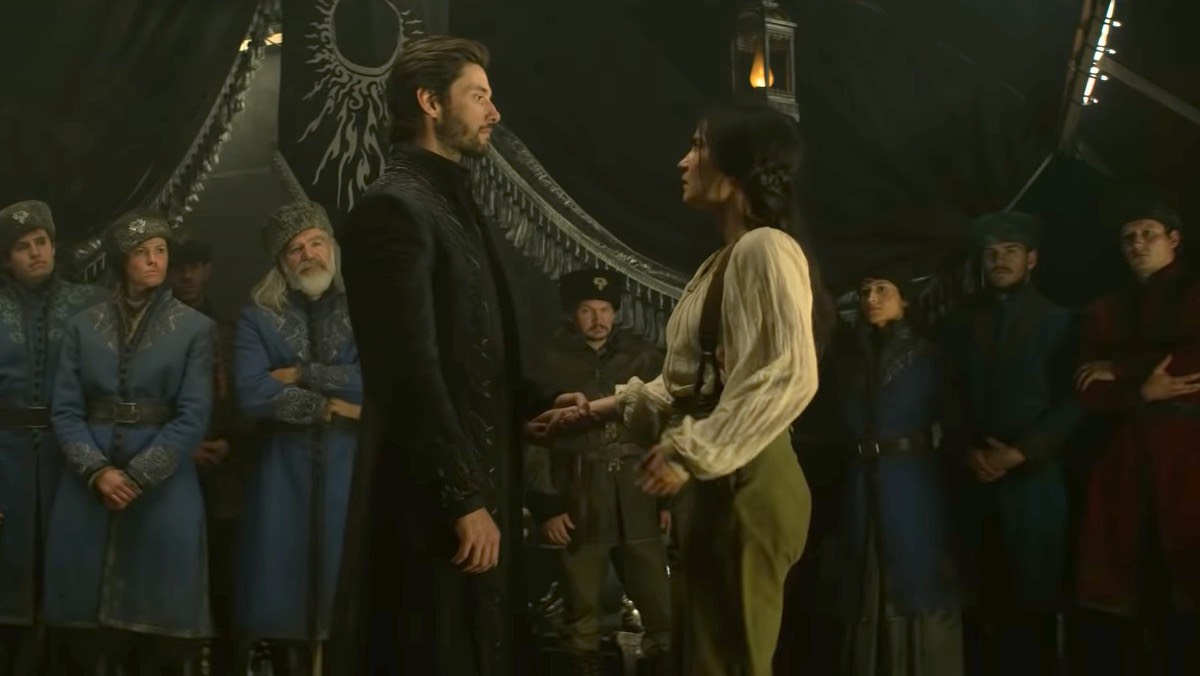 Courtesy of 21 Laps Entertainment
Fans of the book will be pleased to see that the Netflix series is a true adaptation of the books, without a plot point out of place.
By Maddy Martin — Life and Culture Editor
Published: April 27, 2021

Since the conclusion of “Game of Thrones” two years ago, TV drama fans have had an unquenchable thirst for fantasy. Now streaming services and networks alike have been pulling out their own fantasy book adaptations in hopes of getting a hit. Last Friday, Netflix released its adaptation of Leigh Bardugo’s book series, “Shadow and Bone.”

“Shadow and Bone” tells the story of Ravka, a country inspired by 19th century Russia. The country is divided into Ravka and West Ravka by The Fold, a monster-filled void of darkness that cuts across the land. As Ravka is at war with its neighbors to the north and south, its citizens must cross the dangerous Fold to access other parts of the country. Protagonist Alina (Jessie Mei Li) is a cartographer tasked with mapping out the Fold. During a mission into the darkness, a monster attack triggers light magic from inside Alina, and it is revealed that she is a sun summoner — one of the few who can destroy the Fold for good.

Fans of the book will be pleased to see that the Netflix series is a true adaptation of the books, without a plot point out of place. However, it can get a bit boring seeing a familiar story play out exactly how one expects. So, as an additional treat to the book fans, the series contains an original secondary plot following characters from Bardugo’s spinoff to “Shadow and Bone,” “Six of Crows.” The Netflix series sees “Six of Crows” protagonist Kaz (Freddy Carter) and his crew of criminals get hired to hunt down Alina for her powers. This allows for joint interactions between the “Shadow and Bone” and “Six of Crows” characters that fans were never able to see in the books. These interactions are brief but exciting and leave viewers wanting to see more from these two groups of characters.

The show also captures the essence of the book in subtle ways. Throughout the books, Bardugo’s blunt yet whimsical prose creates an ambiance of foreboding dark fantasy. The show manages to recreate this feeling through its music. The soundtrack is full of intense orchestral songs that are somber and chilling during the story’s quieter moments and intimidating during its action scenes. The music roars strong enough that it demands to be listened to but isn’t so strong that it overpowers the dialogue.

As with any book-to-screen adaptation, the most exciting part is seeing characters come to life. The entire cast nails their respective characters, but Kit Young is an instant icon as Kaz’s friend and crew member Jesper. Jesper is an energetic and cocky gunslinger with a gambling addiction whose impulsive behavior frequently causes trouble for himself and the rest of Kaz’s crew. He is the type of character who could easily become little more than one-beat comic relief, but Young adds a grace and confidence to Jesper’s movements that bring dignity to the character and demand for him to be taken seriously.

“Shadow and Bone” faces one problem that is seen throughout the sci-fi and fantasy television genre — an overreliance on dark lighting and shaky cam. Many of the scenes are difficult to see regardless of the quality of the screen they are watched on. Although it makes sense for scenes in the Fold to be dark, many of the interior settings are given dark environments, leaving the viewer squinting at the scene for much of the show. During action scenes, the dim lighting and exaggerated movements of the camera nearly give the viewer whiplash and make it difficult to tell what is going on.

But the dim lighting only puts a small damper on the show. “Shadow and Bone” is a phenomenal fantasy series that mixes some classic genre tropes with Bardugo’s own unique magic. It is rare to find a book-to-screen adaptation that so successfully captures the tone and feeling of reading the original text. Like all adaptations, it’s not a word–for–word copy of the book, but additions like the plot following the “Six of Crows” characters serve to push the show further without losing sight of what readers love about the story.